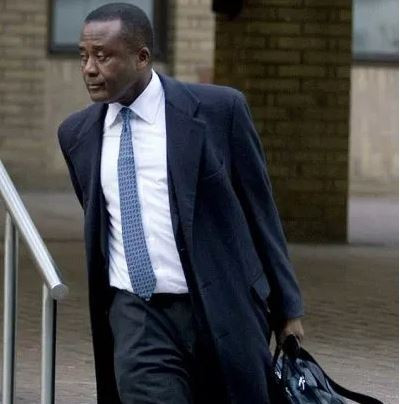 Ellias Preko, a Ghanaian and former Goldman Sachs banker, who helped James Ibori, former governor of Delta, launder money in offshore accounts, has been ordered by a UK court to pay back £7.3m(N3.2 billion) to the British treasury or face 10 more years in jail.

The order was slammed on Preko on Monday, September 2nd by Judge David Tomlison, following a confiscation hearing. Preko has three months to repay the money or he will return to jail. He was jailed for four and a half years back in 2013 for his role in the James Ibori scheme.

Preko, a Harvard graduate, who is now 60 years old was believed to have abused his ‘gold-plated credentials’ to launder at least £3m plundered by Ibori, from Delta state treasury.

Ibori, who governed Delta between 1999 and 2007 was estimated to have pocketed up to £160 million from government treasuries, depriving the state’s poor of the cash. Preko, who represented himself, told the court in a previous hearing that much of the cash had been spent on election campaigning back in his native Ghana.

He said he had run as a candidate for the centre-right NPP party back in the mid-2000s. Preko explained that Ghana is predominantly a cash based society and that few receipts exist for his campaign spending.

Rafa into quarters as Tiger fist-pumps in approval