Project 17: One girl’s quest for clean water in…

Bracketology: Michigan moves to No. 1 seed line in… 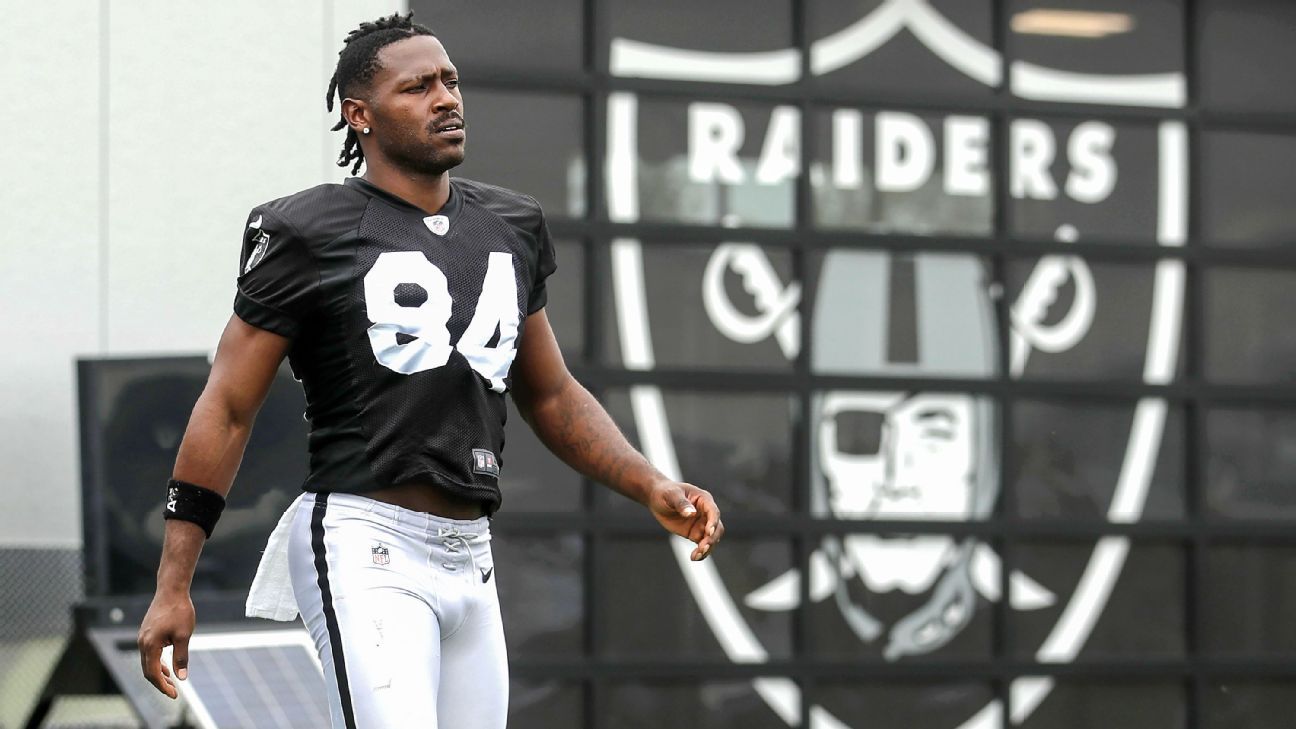 ALAMEDA, Calif. — Antonio Brown will suit up and play for the Oakland Raiders in their season opener against the Denver Broncos on Monday night.

“Antonio is back today,” Gruden said. “We’re really excited about that. Ready to move on. He’s had a lot of, obviously, time to think about things. We’re happy to have him back, and I know Raider Nation is excited about that, too.”

Earlier Friday, a source told ESPN’s Josina Anderson that Brown had issued “an emotional apology” during a team meeting that morning.

That apology came on the heels of a confrontation with general manager Mike Mayock on Wednesday, in which disparaging language was used by Brown, a source told Anderson.

“I’m excited to be out here today,” Brown told reporters on Friday. “I want to apologize to my teammates, the organization. Enough talk, man… ready for all the fans.”

On Wednesday, Brown initiated a discussion with Mayock midway through practice, resulting in the confrontation that had sparked the team’s impasse with the player, according to a team source.

The team source told Anderson that Mayock tried to keep his cool and defuse the situation.

“[Mayock] was like, ‘I’m cool, I understand your displeasure,'” the source said. “[Mayock] sort of just, like, … just walked away because he saw it escalate.”

The source said the confrontation escalated quickly but never appeared to be getting physical, and players, including linebacker Vontaze Burfict, attempted to separate Brown from the situation in order to calm him down.

On Friday, Brown issued the apology with team captains “standing with him” and the team “treated him like a family member” afterward, the source told Anderson.

The source said it appeared Brown had read the letter about the fine — which he posted on Instagram — before Wednesday’s practice and was angry.

In the letter, Mayock informed Brown that he was being fined $13,950 for missing a walk-through on Aug. 22, an unexcused absence. The letter also mentioned the team previously had fined Brown $40,000 for missing camp on Aug. 18 — the day the GM issued his “all-in or all-out” ultimatum to Brown.

“When he saw [Mayock on Wednesday], he was like, ‘I can address it,'” the team source told Anderson.

The Raiders source said of Brown: “Nobody works as hard. Nobody loves the game as much, but [it] seems like there is something that is distracting him from his love that [he] can’t control.”

On Thursday, Mayock told reporters that Brown was not at the facility and would not be practicing. He did not confirm or deny that Brown would be suspended.

Brown’s agent, Drew Rosenhaus, told ESPN’s Get Up! on Friday that he continues to hope there is a solution to the situation.

Rosenhaus added: “Listen, the NFL is a workplace. And in workplace environments, not everything is perfect. Antonio is a new player on this football team and we’re trying to make it a very good relationship across the board. But what is very common in a new relationship is you try to get things in a good place. And it takes time.”

The news of the plan for Brown to play impacted the line at Caesars Sportsbook again. The Broncos now are 1-point favorites at Caesars; the spread had been 2 points (and pick ’em before news of a possible suspension surfaced). The total also raised a half-point to 43.