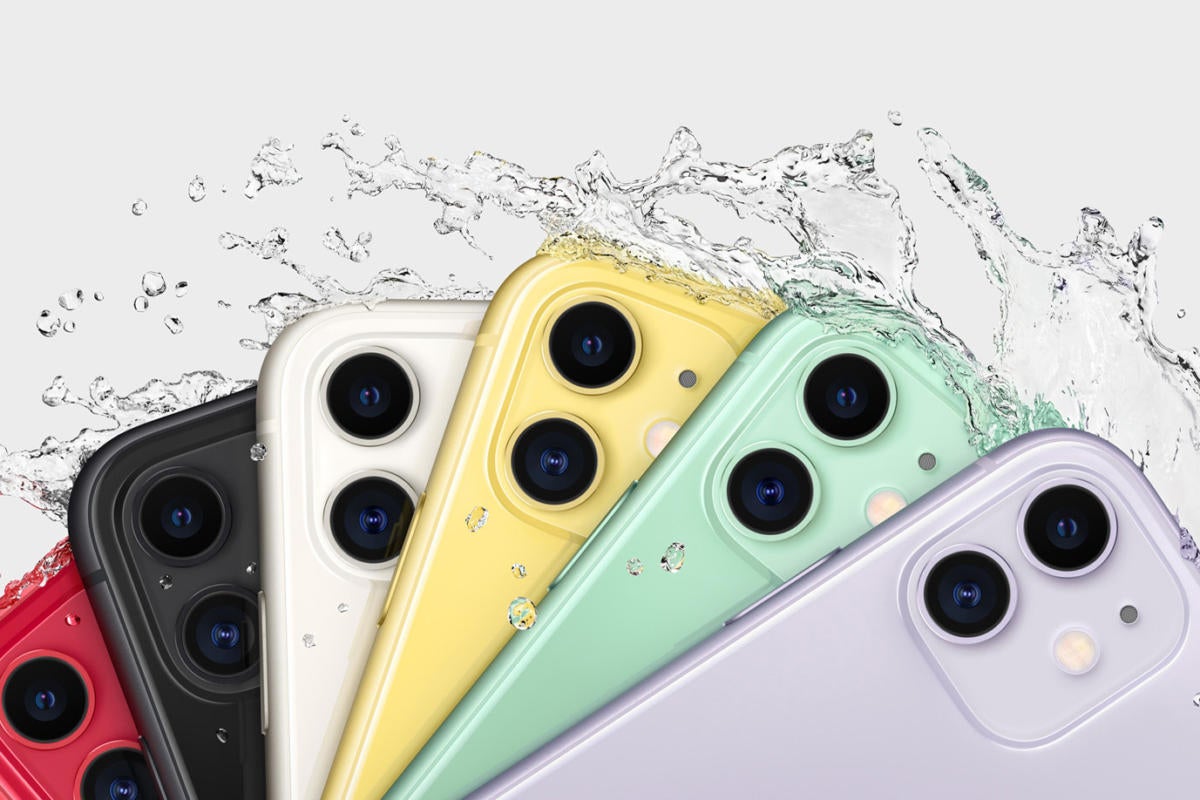 Apple is trading up 1.79% this morning on strength of its iPhone 11 announcements on Sept. 10. But what do those who closely track the tech industry think?

I’ve gathered together available analyst and industry comment in reaction to Apple’s news about the new iPhone 11 and iPhone Pro models. Pre-orders for the devices begin Friday, and they’ll be available on Sept. 20.

[ Related: Apple’s place is in the enterprise ]

How are iPhone users reacting?

Analysts don’t know everything and it’s worth noting that interest in the new devices drove a 189% increase in trade-in valuations from iPhone users seeking to upgrade, according to data from BankMyCell.

They warn that Apple’s decision to reduce the cost of iPhone XR and iPhone 8 is also having an impact, predicting a 24.7% fall in resale value of the XR and 26.6% decline in iPhone 8 resale value across the next 12 weeks as resale activity climbs.

In other words, if you want to make the most possible money on your old iPhone, then sell it fast.

Apple has played a smart move with TV+, which will cost $4.99 a month. Not only is Apple offering a free month to everyone, but it is also offering the service for free for one year when you purchase a Mac, iPhone, iPad or Apple TV.

Wells Fargo analyst Aaron Rakers  agreed. He thinks it reflects a strategy to subsidize access to these services as the company builds a user base and expands its content library.

Needham analyst Laura Martin raised price targets and praised the company for maintaining its strategy to become an “integrated content owner” with its own hardware-based distribution platform.

This will help Apple increase per-user revenues and persuade people to stay on its ecosystem for a longer time, she says. Martin also noted some of the less-storied strategic moves on Apple’s part, such as a broader range of prices, the introduction of new ways to pay for products, and the move to bundle content with hardware.

Morgan Stanley analyst Katy Huberty had low expectations of the event, but saw positive surprises in low TV+ pricing, improvements in iPhone battery life, photography and the broader range of prices, including aggressive moves in bundling services with hardware.

“I reckon about a third of Apple’s user base will get a chance to try Apple TV+ for free. As it’s a family plan, how many households will convert to paying? That is the question,” said Horace Dediu, Asymco, via Twitter.

“But maybe that is not the question. As it’s not just about revenue. It’s about the desirability of being in the Apple ecosystem. The triumph of the walled garden,” he said.

iPhone 11, not the Pro, is the star of the show

“With a dual lens and other improved camera features, the iPhone 11 at this lower price point may be the device that aggressively drives sales for Apple,” said Lynnette Luna, Principal Analyst at GlobalData by email.

“Apple’s lowest-priced smartphone in 2018 was the iPhone XR, and it was the best-selling iPhone last year,” Luna said. “We are seeing a trend among smartphone vendors aiming to pack more high-end features into lower-priced smartphones to drive more sales.”

IDC analyst Brian Ma doesn’t think success will be driven so much by the high-end iPhone 11 Pro models so much as the entry-level iPhone 11 configuration.

“The more important one to look at is the 11 (XR replacement), which is reasonably priced for the market. I would think that Apple focused its pricing strategy on that model too.”

“Apple’s biggest challenge is that its iPhone sales are in decline – iPhone still accounts for almost half of Apple’s revenue, so turning this trend around is vital, even as services takes an ever greater part of the pie,” Dominic Sunnebo, Global Consumer Insight Director at Kantar said in a statement.

“By reducing the price of the entry-level 2019 iPhone, Apple shows an understanding of consumer pushback against the steep price rises over the last few years, but also an acceptance that without 5G capability, there is very limited scope to push prices up further – this will need to wait until the back end of 2020.

“Offering Apple TV+ free for a whole year is an unprecedented move for a new Apple service, but make no mistake, this is not just about helping AppleTV+ gain a sizeable subscriber base, it’s about helping to sell more iPhones and iPads.”

Has Apple done enough to win Android users over, or is it hoping to maintain its business for this year by preaching to the converted?

Patrick Moorhead, of Moor Insights sees it this way: “Overall, when I look across iPhone, iPad, Watch, Apple TV+ and Arcade, I believe Apple moved the needle inside its own ecosystem, but not with Android or Windows users.”

Wedbush analyst Daniel Ives was impressed by Apple’s moves into services, but focused on its activity in China, where he said the company must surely hope the entry-level and lower-cost iPhone 11 will stimulate demand. The iPhone XR was the biggest-selling iPhone in China and India after price changes subsequent to launch.

Some analysts seem cold, however.

Piper Jaffray analyst Michael Olson described the upgrades as “more incremental than dramatic,” and warned of “limited excitement.” Oppenheimer’s Andrew Uerkwitz was similarly tepid, noting “no surprise.” He called the potential of user retention for Apple’s Arcade and TV+ services “dubious at best.”

“We believe Apple’s growing share of the high-end smartphone market positions the company with a strong, loyal customer base that could enable Apple to maintain the high levels of annual iPhone sales despite the higher ASPs for the iPhone 11 Pro and 11 Pro Max,” he said in a statement.

“Apple Watch is to become the most widely used basic cardiovascular and kinematics monitoring device, and Apple wants to gain academic endorsements toward the (device’s) usability in mundane clinical settings, like basic doctor visits,” said Taqee Khaled, Director of Strategy at Nerdery.

“This will allow Apple to make valuable investments toward developing dashboard-type and/or EMR compatible products that they’ll sell to clinic and hospital systems, as well as directly to consumers,” he added.

“What caught our attention was that Apple announced a price drop of its Series 3 Watch to $199,” Adam Fingerman, co-founder and CEO of ArcTouch, told me. “That price point puts Apple in the same category as smartwatches from Fitbit and Jawbone. With Apple’s reach and marketing resources, it might be hard for those two companies to continue to compete.”

The prevailing sentiment seems to be that by branding its entry-level model as “iPhone 11” and shoring sales up with one year of free access to TV+, Apple is building its new content/services business while also helping reinforce iPhone sales.

While some analysts question the longevity of Apple’s content strategy (particularly around depth of catalog), the company has plenty of options. For example:

In my opinion, the connection between content services and hardware sales will only become more important as Apple accelerates into 2020/21. That’s when 5G will actually become available for use, rather than a sticker on the box.

Apple’s content services in conjunction with other as-yet unrevealed plans will surely help the company build the new platform narrative we all intuitively feel is coming. Hence the importance of the new U1 series chip….

#TwitterStories: My friend ‘may have just been raped’ by a guy she’s crushingÂ on – Singer, Maj

Throwback Thursday: It seemed as if you would be quicker

Spatial and Nreal partner to make AR meetings a reality

What people think about Apple’s iPhone 11, TV+ and Card