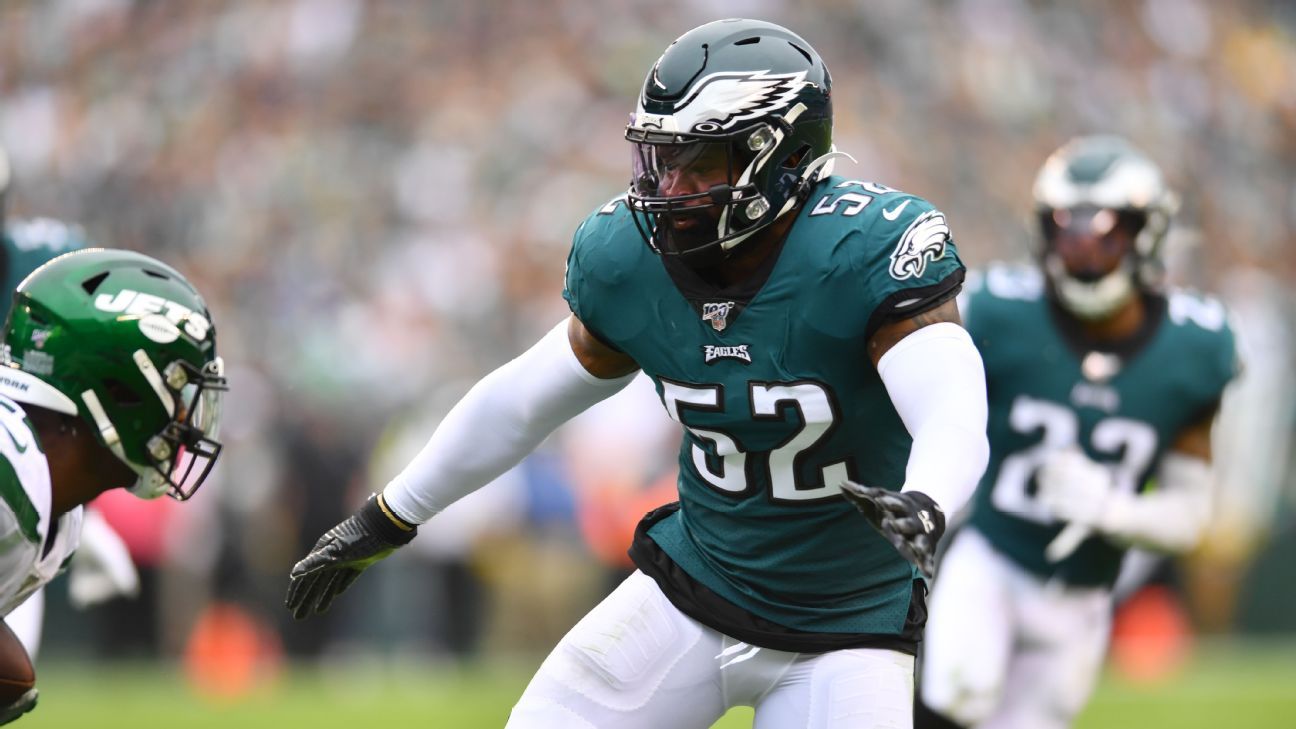 His level of play is believed to be the primary factor behind the move, though his recent comments didn’t help his cause.

When asked about Cousins on Friday, in advance of the Eagles’ game at the Minnesota Vikings, Brown said: “I think every defense is going to want that guy to throw the ball. For me, that’s probably the weakest part of their offense is him. Everything else is good. They’ve got a good running game, probably one of the best in the league. They have real good receivers. You just want them to pass the ball. You want Kirk Cousins to get it in his hands.”

Cousins threw four touchdown passes against the Eagles in a 38-20 Vikings win.

After the game, Brown was asked to comment on Cousins.

“I’m here to talk about the game. Not about that,” he said.

Pressed further, he said: “Any other questions besides about Kirk Cousins?” before finally relenting and saying: “He did a good job. He played good. Hats off to him.”

Brown, who was signed to a one-year deal by the Eagles in May, has played significant snaps in all six of Philadelphia’s games this season, posting 29 tackles, two tackles for loss and a pair of passes defensed.

Brown, 29, has 661 career tackles for Tennessee, Buffalo, Washington and Philadelphia.

His departure likely means increased roles for Kamu Grugier-Hill and Nate Gerry. It is also likely that the Eagles will sign a linebacker, especially with starter Nigel Bradham dealing with an ankle injury.

Let’s Talk About the Yacht Clothes on “Succession”

From Olympic medalist to MLB infielder: How speedskater Eddy Alvarez made it to The Show

Wideout Hilton wants to finish career as a Colt