My Daughter’s Death Still Feels Like A Terrible Dream…

MLS might have won CBA negotiations, but damage to…

Coronavirus: India overtakes Italy in cases amid easing of…

Brees stands by apology in response to Trump

FSU’s Leonard Hamilton on progress made and the need…

The next Pete Alonso? MLB star comparisons for top…

MLS may have won CBA negotiations, but damage to…

Goodell: NFL ‘wrong’ not to listen to its players

The Bachelor’s Bekah Martinez and Garrett Yrigoyen Argue Over…

Roger Goodell: NFL ‘wrong’ to not listen to its…

On patrol with Kenya’s locust hunters

NFL and Roger Goodell Admits Wrongdoing in ”Not Listening”…

VIGIL PRAYERS: PLEASE LEAVE A PRAYER FOR EVERYONE LIVING…

The influencers trampling nature – and the man who’s…

Coronavirus: Swiss Alps yearn for the sound of tourists

Coronavirus: Is China bolder in the wake of the…

How Bill Gates became the voodoo doll of Covid…

‘It doesn’t matter which skin colour you have’

How other Saints leaders spoke up after Drew Brees…

Buffalo police riot squad quit to back officers who…

Coronavirus: WHO advises to wear masks in public areas,…

5 brothers abducted in Kaduna after kidnappers broke into… 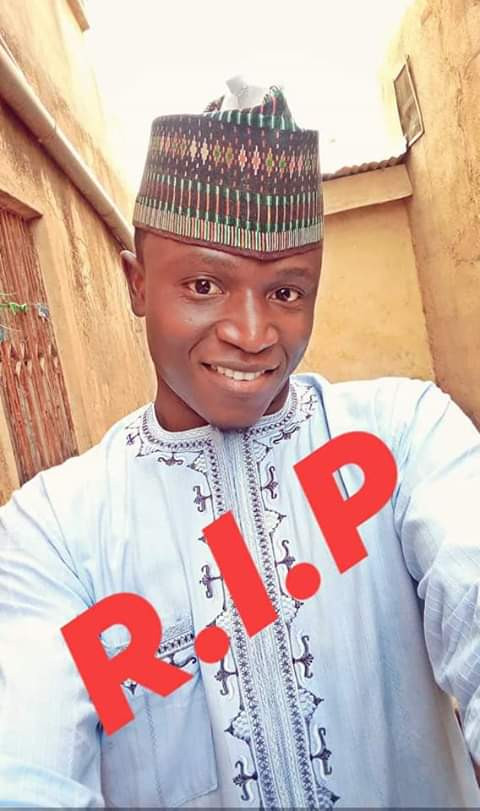 Suspected thugs stabbed a young man to death while attempting to snatch his mobile phone on Monday October 21, in Jos, Plateau State.

The deceased, identified as Yaya Ameenu from Zamfara state reportedly lost his girlfriend, Fatima in a motor accident five months ago.

Friends and family have taken to Facebook to mourn his death. 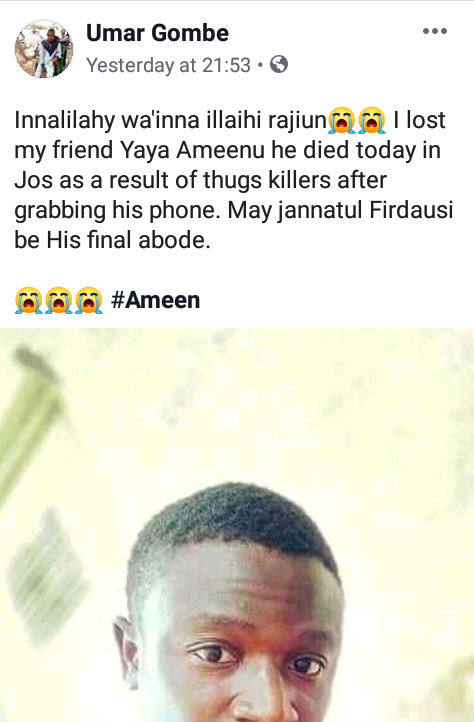 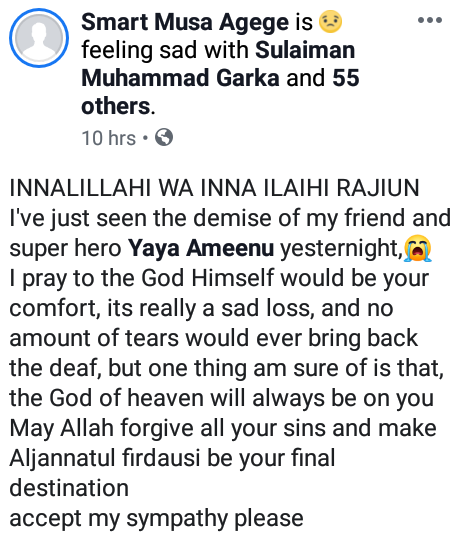 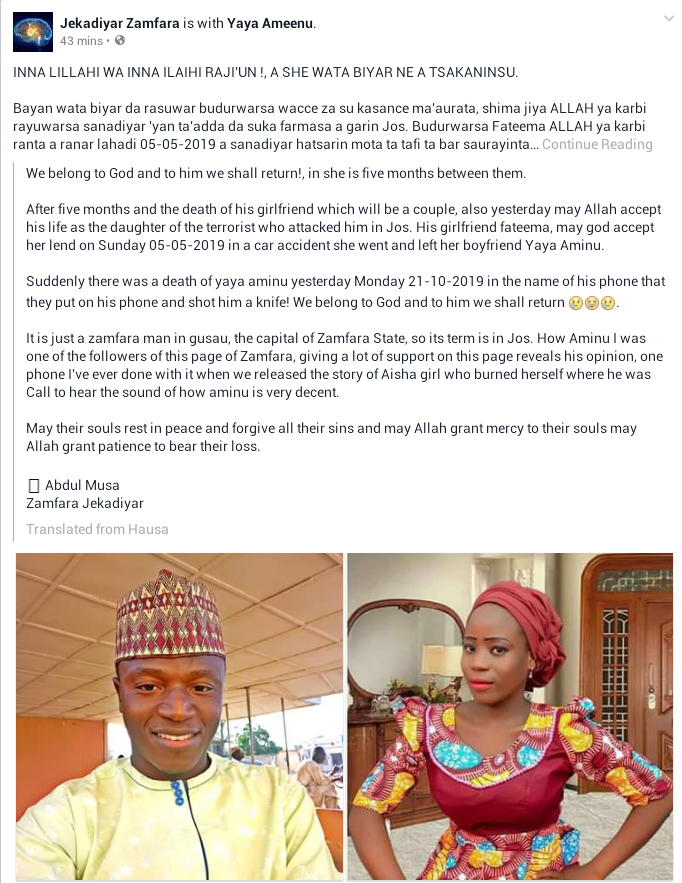 Terminator: Dark Fate Review: Finally This Franchise Is Back With A Good Movie

My Daughter’s Death Still Feels Like A Terrible Dream To Us, Father Of Teenager Raped, Murdered In Ibadan Says