MLS might have won CBA negotiations, but damage to…

Coronavirus: India overtakes Italy in cases amid easing of…

Brees stands by apology in response to Trump

FSU’s Leonard Hamilton on progress made and the need…

The next Pete Alonso? MLB star comparisons for top…

MLS may have won CBA negotiations, but damage to…

Goodell: NFL ‘wrong’ not to listen to its players

The Bachelor’s Bekah Martinez and Garrett Yrigoyen Argue Over…

Roger Goodell: NFL ‘wrong’ to not listen to its…

On patrol with Kenya’s locust hunters

NFL and Roger Goodell Admits Wrongdoing in ”Not Listening”…

VIGIL PRAYERS: PLEASE LEAVE A PRAYER FOR EVERYONE LIVING…

The influencers trampling nature – and the man who’s…

Coronavirus: Swiss Alps yearn for the sound of tourists

Coronavirus: Is China bolder in the wake of the…

How Bill Gates became the voodoo doll of Covid…

‘It doesn’t matter which skin colour you have’

How other Saints leaders spoke up after Drew Brees…

Buffalo police riot squad quit to back officers who…

Coronavirus: WHO advises to wear masks in public areas,…

5 brothers abducted in Kaduna after kidnappers broke into… 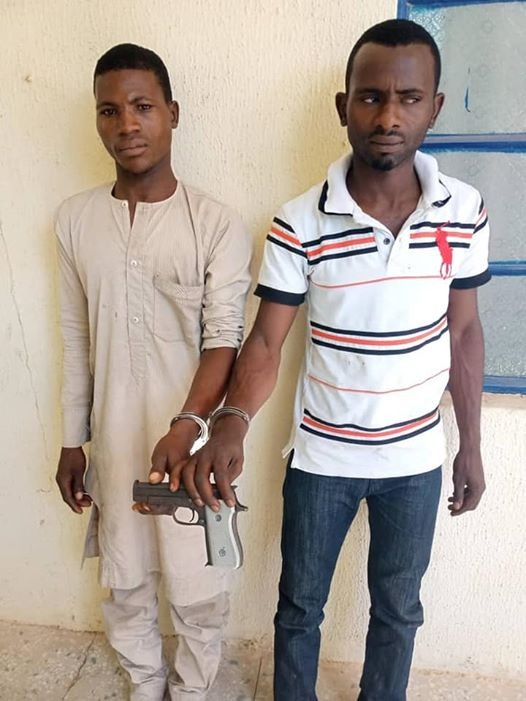 Spokesman of the command, SP Isah Gambo, who disclosed this in a statement on Tuesday, October 22, said that nemesis caught up with the hoodlums when the attacked residents of Sabon Dawa Quarters.

“The Katsina state Police Command under the leadership of CP Sanusi Buba, psc, has yet recorded another tremendous achievement in the fight against crime and criminality in the state. On 16/10/2019 at about 21:30hrs, Operatives attached to Sabon Gari Division, Katsina Metropolitan area responded to a distress call, with the report that armed robbers had attacked residents of Sabon Dawa Quarters, Katsina. The team arrived timely, engaged and chased the hoodlums into a nearby garden. The team succeeded in arresting the following members of the gang and recovered one fabricated Barreta Pistol” he said.

“In the course of investigation, the suspects confessed to the crime and mentioned two others who are presently at large to be their accomplices. Investigation is ongoing” he added.

47 year old Abuja woman exposes how she went 85kg to 54kg in few weeks and Burn off body fat without using coffee, slimming pills or dieting