Mark your calendars because the 2019 E! People’s Choice Awards are this Sunday!

The star-studded event is back this weekend to honor this year’s hottest celebrities in movies, TV, music and pop culture. It marks the second year that E! is at the helm of the legendary award show and there is no doubt it’ll be full of moments everyone is going to be talking about.

After all, the guest list includes A-listers like Jennifer Aniston, Pink and Gwen Stefani who will be receiving awards for People’s Icon, People’s Champion and Fashion Icon, respectively.

On top of stars receiving trophies and giving speeches, there will also be a lot of energy with the various musical performances throughout the night.

Plus, any fan of fashion will want to tune in as the stars take to the red carpet and turn heads with their ensembles.

Need more convincing? We rounded up last year’s most iconic moments from the 2018 People’s Choice Awards including post-award celebrations, moving speeches and off-the-cuff remarks that were unforgettable.

Be sure to tune into the live show on E! this Sunday, Nov. 10 at 9 p.m. to witness what happens this year.

Don’t forget to also check in on the site throughout the night, where we’ll be giving you a look inside the show with backstage photos and more!

One of our favorite moments of last year happened before the ceremony even started!

Beauty guru James Charles grabbed two fans off of the red carpet and gave them glam makeovers to show off his skills! The duo even got tickets to go into the actual show later, giving them the star treatment we all wish we could have.

We love award shows for many reasons, but we’d be lying if we didn’t admit that the red carpet is a highlight. Plus, with the E! Glambot camera, we get to see the star’s looks in high-definition, slow-motion perfection!

We can’t wait for this year’s show where we know even more celebs are going to bring their red carpet A-game.

What is the best way to celebrate winning the Movie Actress award at the PCAs? With some champagne, of course!

Scarlett Johansson popped a bottle of bubbly alongside E! News‘ Jason Kennedy after accepting her trophy, where she gushed that even though she was “nervous” to accept her award, it was a great moment because she has, “Never won anything like this before, so it’s very special.”

We know the moment is special to so many stars, and we’re excited to see what other celebs will walk away from the night as first-time winners, too.

The couple that PCAs together, stays together, as the old saying goes. Okay, not really, but it was still the most precious moment of the night last year when Blake Shelton invited Stefani on stage after The Voice nabbed the win for the Competition Show of 2018.

“All time favorite coach right there, Gwen Stefani, I love her,” Shelton exclaimed. Stefani joined his side and gushed, “Oh my gosh, I’m so excited to be with Blake Shelton!”

This year, there are a few power couples that each have individual PCAs nominations (such as Riverdale‘s Cole Sprouse and Lili Reinhart), so be sure to watch since you won’t want to miss any adorable shout-outs if one (or both) take home the prize! 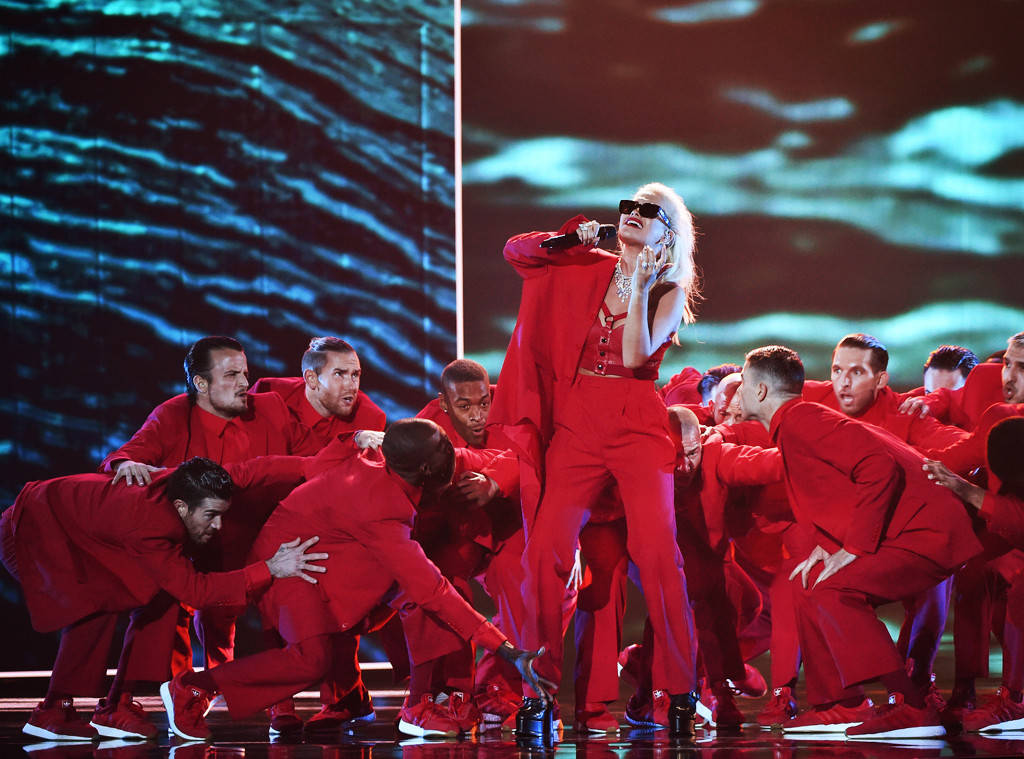 Last year, everyone was on their feet when Rita Ora took the stage to perform her hit “Let You Love Me” in a dazzling red get-up.

The party didn’t stop there! Nicki Minajtook the stage with Tyga and the two performed “Dip (Remix)” to a crowd of screaming fans.

Both performances were high-energy and kept fans dancing all night. 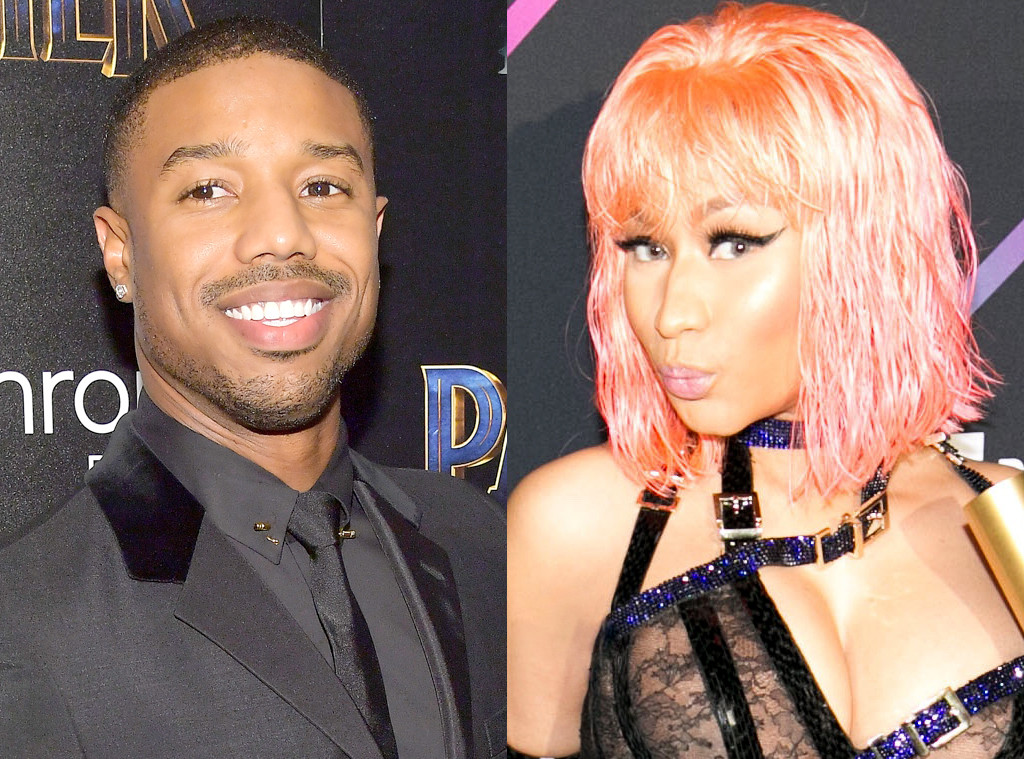 Speaking of Minaj, the most jaw-dropping moment of the night was when the “Anaconda” singer took the stage after winning The Female Artist of 2018.

Jimmy Fallon handed over the artist’s trophy, where she thanked her “epic” fans before boldly declaring her thirst for another celebrity.

“Shoutout to Donatella Versace for custom making this outfit for me,” the star started, referencing her fierce, strappy dress. “And shoutout to Michael B. Jordan’cause he’s going to be taking it off of me tonight.”

Honestly, we all have thirst for the Black Panther star, and Minaj having the balls to flirt with him in front of millions is why she is the Queen. While the 2018 PCAs were full of fun, the most moving part of the night was when lawyer and Equal Justice Initiative founder Bryan Stevenson took the stage to accept the People’s Champion award.

After performing a rendition of U2‘s “Pride (In the Name of Love),” John Legend presented Stevenson with the honor. Stevenson focused his speech on criminal reform, stating that, “I’ve represented the accused and the incarcerated and the condemned, and I’ve done it because I am persuaded that each of us is more than the worst thing we’ve ever done. I don’t believe any human being is just their worst act.”

“There are places in this country where our system treats you better if you’re rich and guilty than if you’re poor and innocent. We’ve created conditions that are not just or fair,” he continued.

The activist then called for people to stand up to the hate that too many groups, such as unarmed black men or harassed women, face too frequently.

The emotional speech got a standing ovation and was a must-see. This year, Pink will be honored with the People’s Champion award, and you won’t want to miss what the advocate has to say!

Why Christmas Sitcom Merry Happy Whatever Is Extra Relatable

Danai Gurira’s The Walking Dead Exit: Find Out What Happened to Michonne