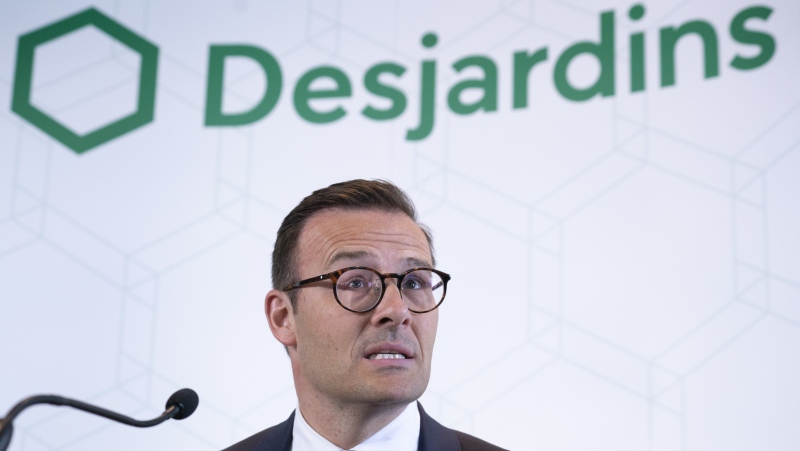 QUEBEC — Desjardins Group President and CEO Guy Cormier defended his bank on Thursday, following revelations that one of its employees stole data belonging to all 4.2 million of the co-operative’s clients.

Cormier was called to testify in front of legislators in Quebec City, who are feeling pressure from citizens worried about the safety of their personal data.

The CEO said data thefts happen all the time, and suggested lawmakers redirect their focus from his company and “expand” their gazes towards the larger problems around securing personal information.

Cormier brought up other cases of major data breaches at such corporate giants as Marriott, Disney and Sephora and called internal fraud the “bete noire” of all organizations.

Desjardins initially reported in June that 2.9 million customers had been affected by the theft — 2.7 million individuals and 173,000 businesses in Ontario and Quebec. But earlier this month, the bank revealed the breach was more widespread than first thought and actually hit 4.2 million members — all of its clients.

The breach involved personal information — including social insurance numbers — but did not include banking information or passwords.

Cormier said since June, he company has “worked hard. We fired the employee at fault. We developed new protections that are unequalled in Canada and also in a record time.”

He said his bank invests $70 million annually in IT protection and cybersecurity.

Cormier told legislators that Canada’s privacy commissioner recently revealed that in the past year, 28 million Canadians were the victims of data theft.

He suggested other companies who suffered data breaches should take a lesson from the way his company handled itself during its crisis.

“Who else acted with as much transparency, and the same sense of duty that Desjardins has shown in the past months?” Cormier said.

The Quebec government is preparing two bills connected with personal data security that are scheduled to be tabled in the coming weeks.

This report by The Canadian Press was first published Nov. 21, 2019.

How grocery stores are trying to speed up your shopping experience