– Four Nigerians are reportedly among the accused persons

– If found guilty of the charges preferred against them, the accused will face a maximum of 30 years in prison

The United States government has charged four Nigerians and 11 others for an alleged $18 million cyber and bank fraud on Tuesday, December 10, at the Manhattan Federal Court, New York.

A statement the US Department of Justice said that four of the accused were arrested in the District of Maryland, the District of Columbia, and Eastern District of Virginia on Tuesday while one was already in state custody and 10 are still on the run. 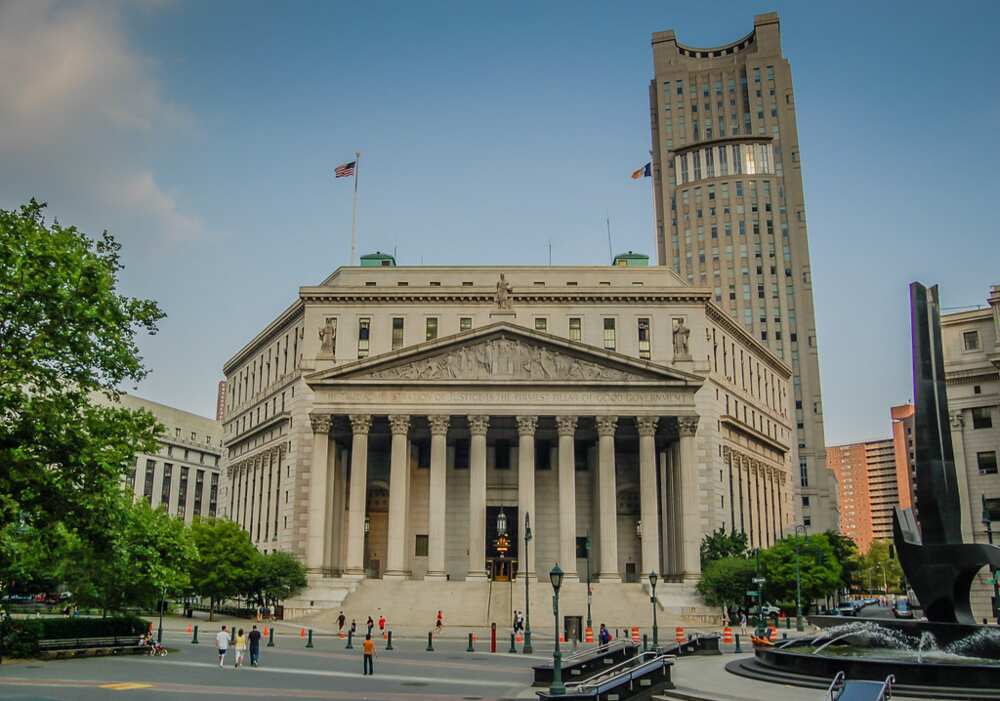 Legit.ng gathers that the accused will face a maximum of 30 years in prison if found guilty of the charges preferred against them, which is conspiracy to commit fraud and wire fraud.

Seven of the defendants, Messrs. Ogbuokiri, Hicks, Banks, Pool, Williams, Bartley, and Murray-Sesay- who were also charged with aggravated identity theft, could face a mandatory sentence of two years in prison.

How they allegedly committed the offences

The fraud was reportedly conducted in three stages. The defendants allegedly started the offence by opening more than 60 business accounts using the names and social security numbers of victims of identity theft.

Afterwards, they deposited money they obtained by defrauding victims into the accounts.

The third and the last stage involves transferring the proceeds of their fraudulent acts into other accounts or by cash withdrawals.

In a related development, federal agents in the US on Tuesday, December 10 seized a jet from a Nigerian man charged in an alleged international fraud scheme.

The US authorities were however silent on the identity of the man.

The jet is currently parked at the Peachtree DeKalb Airport in Atlanta even as the federal agents processed the plane for evidence.

A report by a local TV station in the area, WSBTV, stated that the seizure is just the latest in a growing list of local cases.

Who Nigerians should hold responsible for disobedience to court orders – Falana

#ImpeachmentDay: Here’s how Americans are reacting to the Impeachment proceeding against President Trump

Exclusive: This is not a stunt, its real – M.I, Vector’s team reveal details about the rappers beef