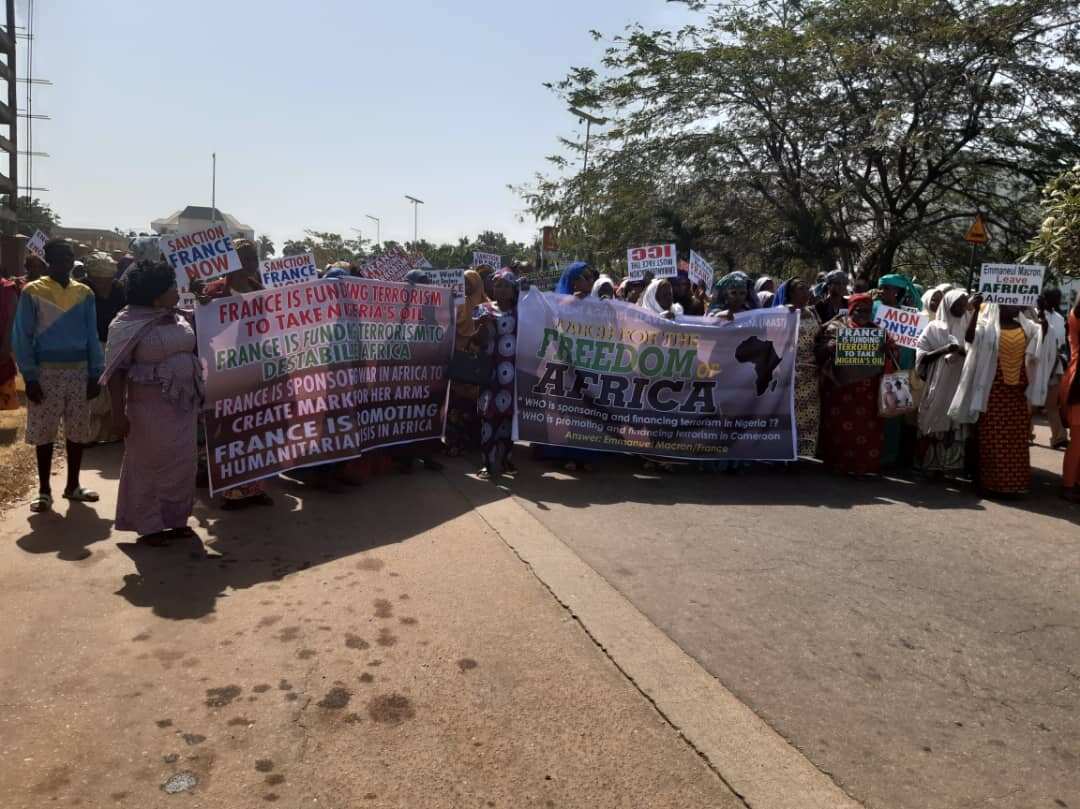 – Some protesters have stormed the French Embassy in Nigeria’s capital city, Abuja

A group besieged the French Embassy in Abuja, Nigeria’s capital city to protest alleged sponsorship of insurgency by the group across Africa.

The protesters under the aegis of Movement Against Slavery and Terrorism (MAST) cautioned France and her president over alleged involvement in the insurgency in Africa.

The group numbering in their hundreds demanded that the French authorities end any form of ties with Boko Haram insurgents.

Led by its convener, Princess Ajibola, the group said it was at the embassy to draw to President Emmanuel Macron’s attention that Nigeria is a sovereign nation and any attempt to compromise its territorial integrity would be resisted.

Ajibola said the group has overwhelming evidence to back its claim that France is indeed behind the recent upsurge in terrorism in the country.

The MAST also warned the French authorities to desist from further mischief which has undermined the remarkable gains of the Nigerian Army.

The group also called the attention of the United Nations to the crime against humanity being perpetrated by Macron.

Ajibola said: “This is a protest for the rescue of the soul of our dear country Nigeria from the forces of evil that have attempted to cause disharmony and disintegration by covertly sponsoring the activities of terrorists in Nigeria.” 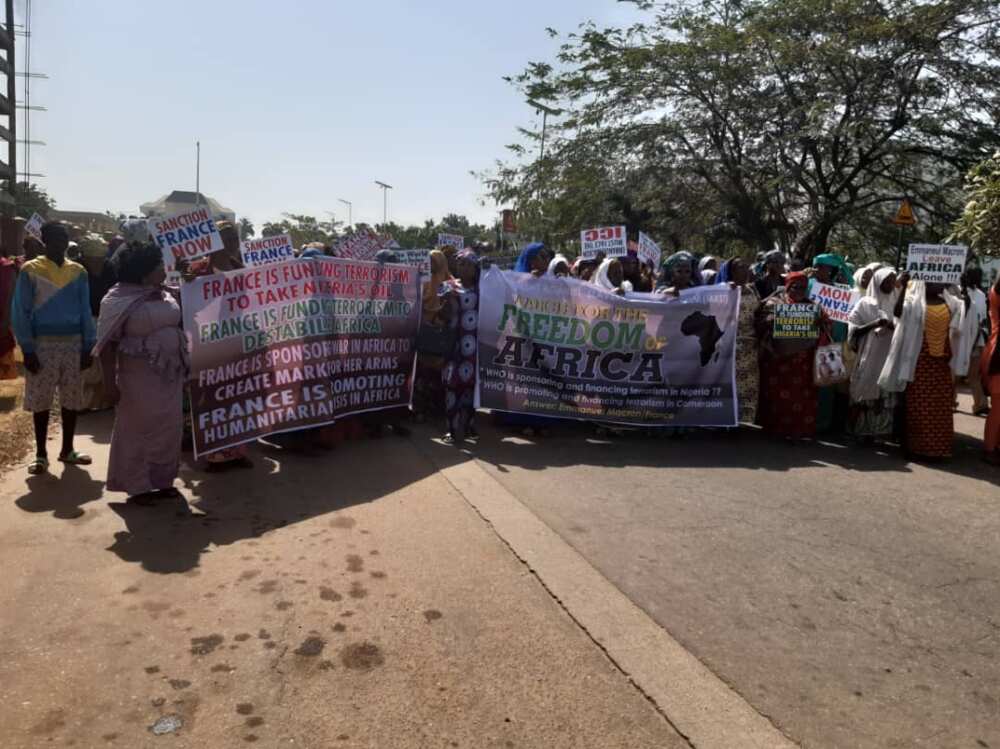 The protesters warned the French authorities to desist from further mischief which has undermined the remarkable gains of the Nigerian Army
Source: UGC

“We embarked on this protest march to send a powerful message to the French authorities that Nigerians are indeed aware of its nefarious activities with regards to the ongoing war against terrorism in north east Nigeria,” Ajibola said,

Meanwhile, Legit.ng previously reported that President Muhammadu Buhari has condemned the killing of soldiers by some Boko Haram terrorists in the Lake Chad region.

The president in a statement on Wednesday, December 11, said the attack in Inates, the western region of Niger Republic, is condemnable.

NAIJ.com (naija.ng) – Legit.ng. We have upgraded to serve you better.