Could John Bolton be an impeachment game-changer?

N7billion worth tomato farm inaugurated in Kaduna, to employ…

Kobe Bryant to be inducted into Hall Of Fame…

Coronavirus: Everything you need to know about the menacing…

Daddy Showkey surprises his followers as he shows off…

Australian woman dies while taking part in a cake-eating…

Witches and wizards in the Nigerian government, churches, mosques…

Ugandan climate activist cried out after she was edited…

Motorola Explains How to Look After Your Razr Ahead…

Rivers APC crisis: What I want as a way…

7 stunning facts about the helicopter which killed basketball… 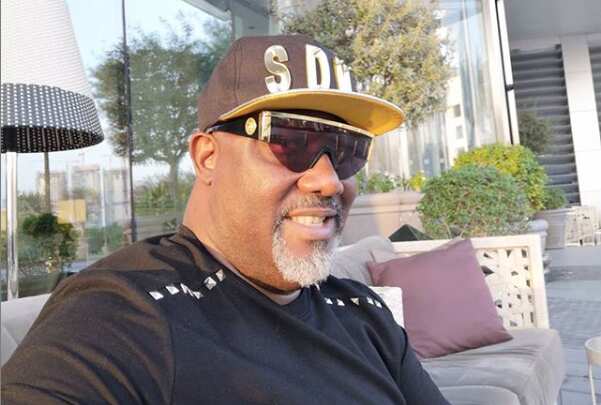 – Melaye was found having some fun on his power bike in Abuja on Wednesday, December 11

The former outspoken and rather controversial senator who represented Kogi West, Dino Melaye, was seen in Abuja cruising his power bike on Wednesday, December 11.

On his official Twitter page, Melaye said about the experience: “Ohhh Sam photo captured me going out this morning…is a bike day no vex.”

This is coming just some days after Melaye lost his seat at the Saturday, November 30, to Senator Smart Adeyemi of the All Progressives Congress (APC).

Recall that Legit.ng had reported that Melaye had won the ‘Man of the Year’ award just days after losing a return to the legislative chamber.

The former Kogi senator seems to be having a lot of fun even after losing the senatorial rerun election.
Source: UGC

However, a mild drama ensued when the organisers of the award called Garba Shehu, a spokesperson of President Muhammadu Buhari, to present the award to the former senator.

The mention of Garba resulted in guests clapping and hailing in surprise. Even Melaye, who was standing while his citation was read out, could not hold his laughter as well.

In another post, Legit.ng also reported that Melaye had said that congratulating Adeyemi for his election victory is much like hailing a thief after a successful robbery.

The former senator alleged that his mandate was stolen from him through violence and what he described as “national conspiracy.”

On his Twitter page, Melaye told Nigerians that Adeyemi and APC’s victory in Kogi West was temporal.

Consider patients’ plight before going on strike – Obasanjo to doctors