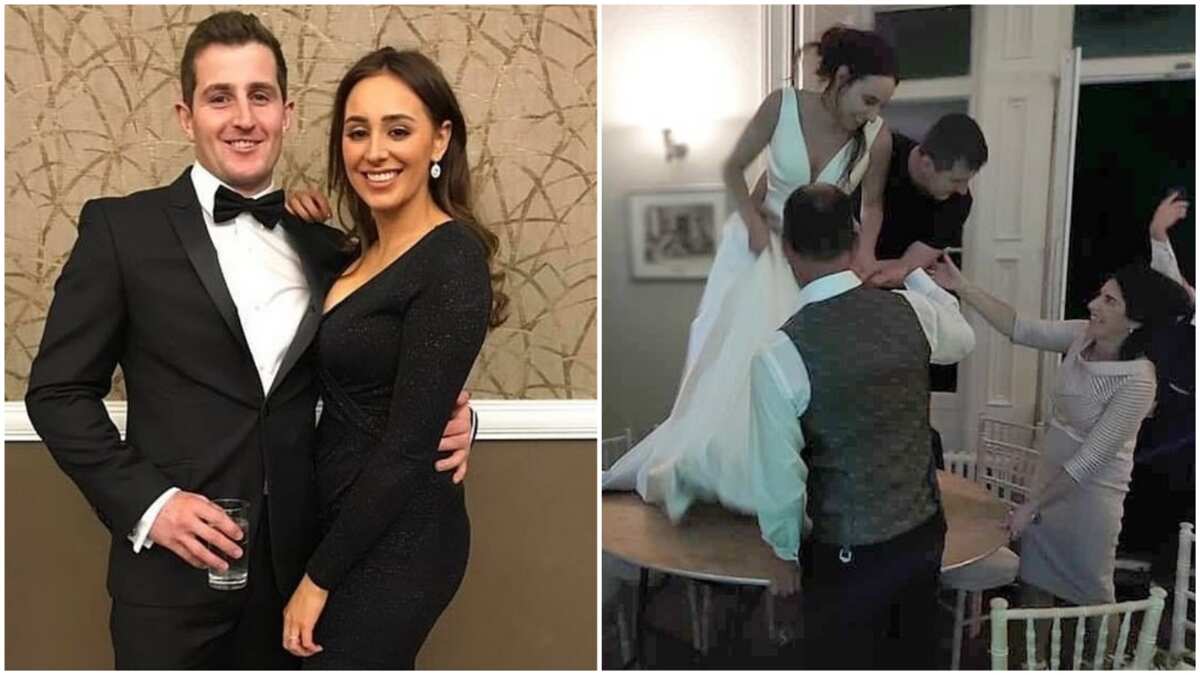 – According to reports, the bride, Erin Mason-George walked out of the few hours long marriage after she was assaulted by the groom’s elder brother, Tomos Wilson

Reports claim that a newly-wed couple have ended things just few hours after their wedding reception. It was gathered that the bride, 26-year-old Erin Mason-George walked out of the marriage after she was assaulted by the groom’s older brother, 29-year-old Tomos Wilson, who was also the best man at the wedding.

Friends said the pair have decided to ‘go their separate ways’ after Steffan’s best man, his older brother Tomos, assaulted the bride, her two sisters and her mother. The groom 25-year-old Stefan Wilson is also said to be on trial for attempting to murder a father-of-two.

Things went from celebration to chaos when the couple decided to tie the knot about four months back. At the wedding reception, it was gathered that the best man (also the grooms brother), Tomos went on a drunken rampage and ended up assaulting the bride, her two sisters and mother.

The groom was reported to have headed home after the brawl instead of comforting his bride and her family. It was at that point the bride decided that the marriage was over and the matter was taken to court.

The groom’s brother, Tomos, was found guilty of five charges of assault and two of criminal damage after going on the rampage. 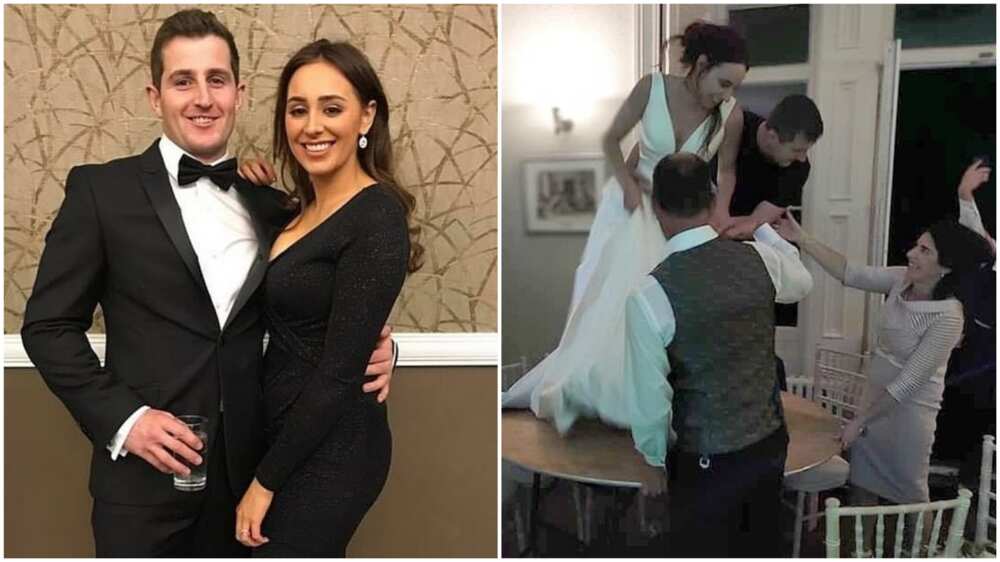 A friend of the family said: The marriage was all over in a day which must be some sort of record.
Photo: Daily Mail.
Source: UGC

A few months after, the groom was also on trial for attempting to murder a father-of-two.

Meanwhile, a bride-to-be identified as Anna Rosy reportedly broke down in tears after her fiancee popped the question and no it wasn’t because she was pleasantly surprised, Rosy was moved to tears because of the engagement ring.

Daily Mail reports that she shared the photo of the ring which has been describes as the ‘ugliest engagement ring’ on social media, confessing that she cried when she saw the hideous thing but however, still said yes to her man.

The Naija Wedding: New series on Legit TV that will blow your mind on Legit TV:

This video of Michelle Obama teaming up with Ellen DeGeners to surprise school kids for Christmas will definitely make your day!