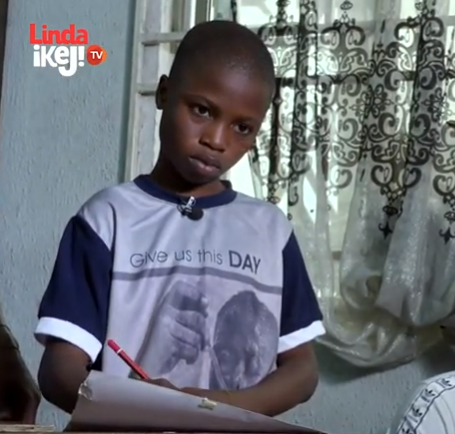 When French President Emmanual Macron visited Nigeria in 2018, one person who got his attention is Kareem Warris Olamilekan, who was only 11 at the time.

Kareem Warris, now 12, is the outstanding personality featured on episode 4 of First Class Material brought to you by Linda Ikeji TV and sponsored by First Bank of Nigeria. 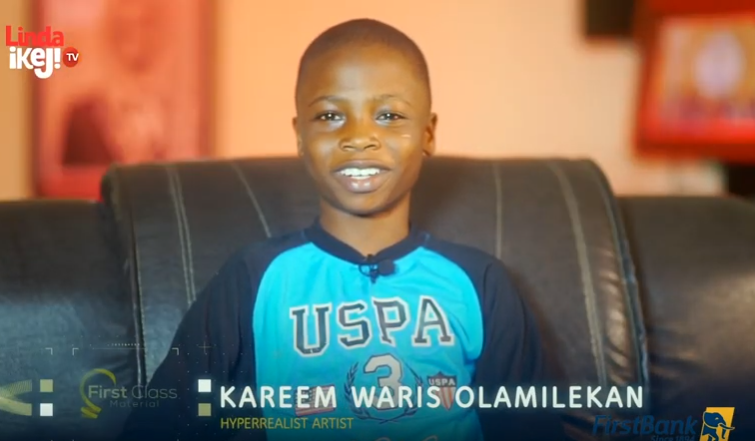 Speaking to the LITV crew about his talent, Warris said he learnt to draw “professionally” at age 9. But he’s been drawing since he was “3 to 4 years old.”

His artistic drawings are as close to real life as possible and this endeared him to world leaders like French President Emmanuel Macron and the President of Taiwan Tsai Ing-wen. 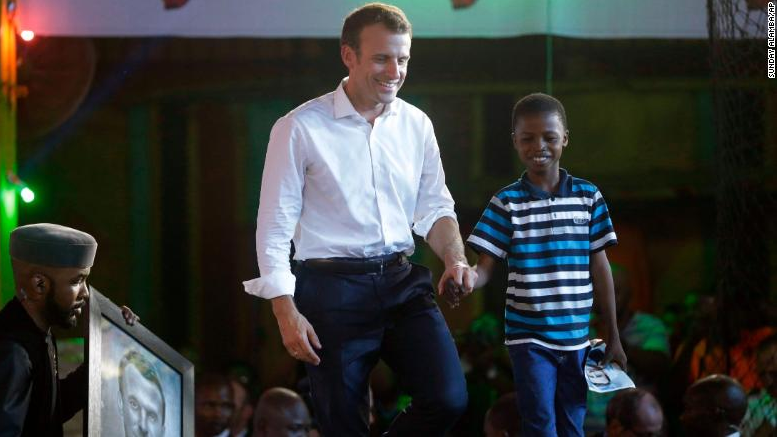 He began by drawing characters on comic books like Supa Strikas and illustrations from newspapers. With time, his craft got better as he began training at Ayowole Academy of Arts.

His art instructor was so impressed that he began sharing Warris’ work on Facebook and they got numerous likes and comments. 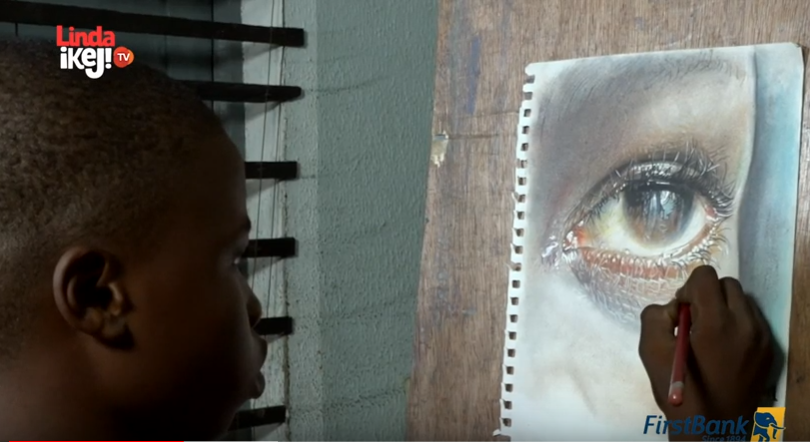 Kareem Zainab, Warris’ mother said she noticed her son’s talent when he was 6. She observed that he saved his pocket money and used it to buy drawing pads to draw with. She added that she would throw his drawing pads away but he was never deterred and always went out to buy more drawing pads. 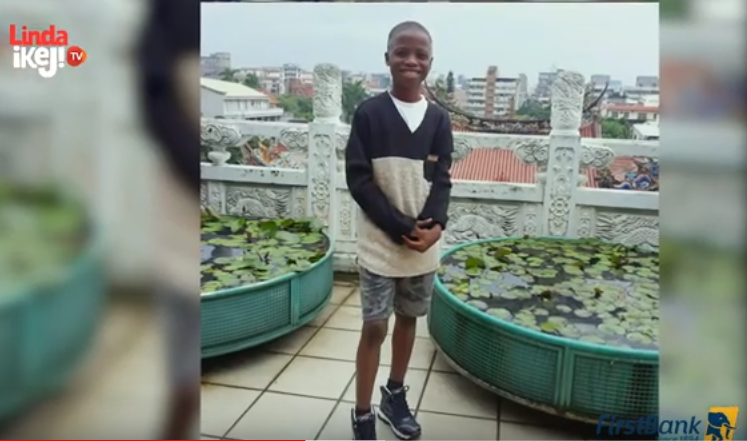 Warris’ talent has given him opportunities young people from his background can only dream of. He’s been to Taiwan for an art exhibition, where he met the President. He also received an award in Taiwan for his work. 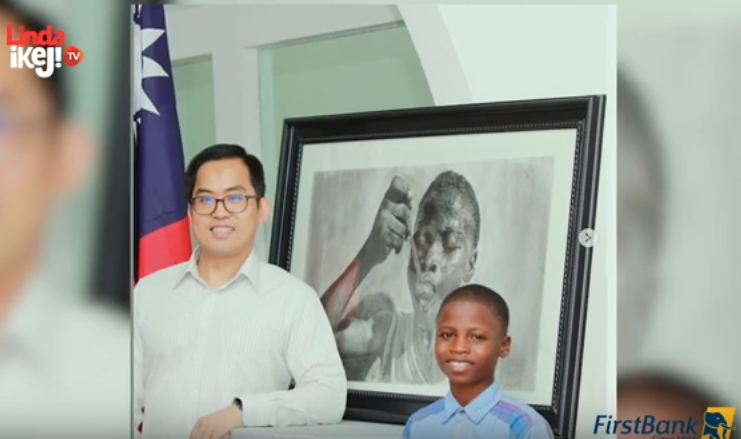 Warris’ mother narrated how her son’s talent changed their lot. She said they were poor and all lived in one room. But after Warris sketched a portrait of the President of France, the former Governor of Lagos, Akinwunmi Ambode, paid Warris’ parents a visit and made enquiries about the family.

Ambode gave Warris’ family a free house and gave them money to begin a business. Since then, the family’s life has become better. 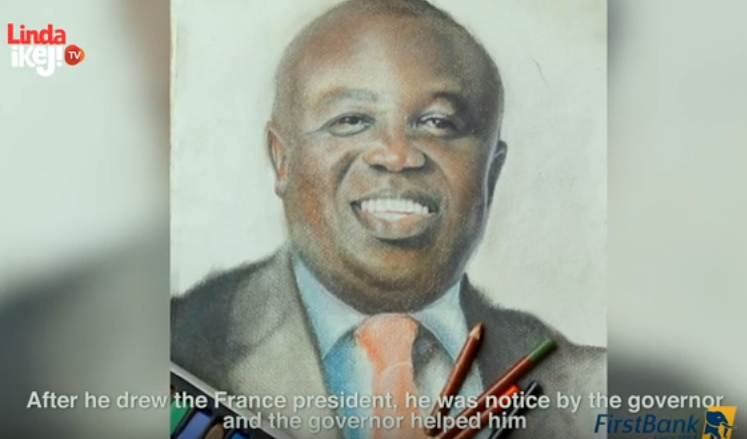 Warris has received several awards for his high-resolution photograph-like paintings. He is the youngest hyperrealism artist in Africa but he is not resting on his oars. He plans to get better as an artist, he says.

He revealed that his best subjects in school are Mathematics, English and CCA (Creative and Cultural Arts)

“I really like Mathematics because it makes someone reason and it is the most essential subject in school,” Warris said. 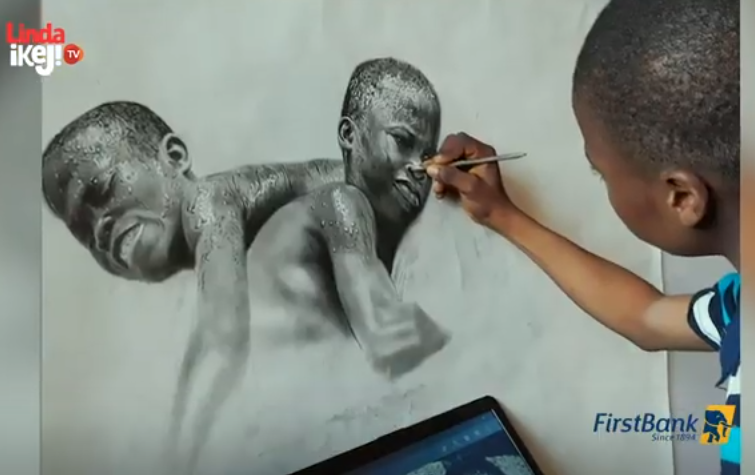 Warris said the three things that have led him this far is “hardwork, focus and patience.” He advised kids to know what they want and not decide on a path just because it’s what others are doing.

First Class Material is a docuseries that shines the spotlight on Nigerians doing incredibly locally and globally. It is proudly sponsored by First Bank and brought to you by Linda Ikeji TV.

You can watch the first three episodes on www.lindaikeji.tv and on our Youtube page @Linda Ikeji TV.

Below is episode 4 of First Class Material.

Hate Speech: âI am surprised that this bill has resurfacedâ – Babangida