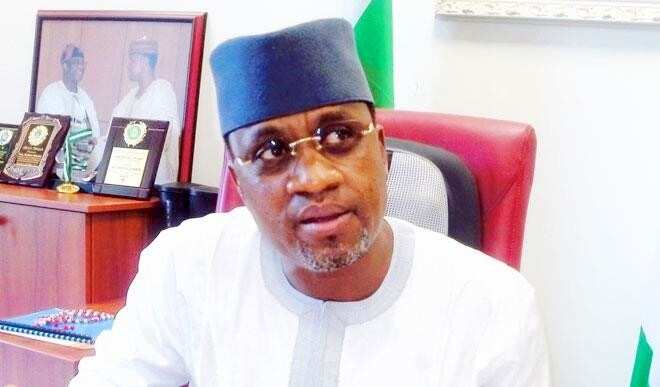 – Though Marafa said he is loyal to the APC, he expresses his support for the current administration in the state led by PDP’s Governor Matawalle

There is no end in sight for the crisis bedevilling the All Progressives Congress in Zamfara state as one of the chieftains, Senator Kabir Garba Marafa, distanced himself from an alleged peace meeting to resolve the row.

The Sun reports that Marafa dismissed being part of a reconciliatory meeting between him and a former governor of the state, Abdulaziz Yari.

Legit.ng gathers that Marafa, however, restated his loyalty to the APC, particularly his faction in the state.

“I remain loyal and committed to the APC at the national level. Also, I’m committed and loyal to my faction of the APC in Zamfara state. No retreat, no surrender,” he was quoted to have said.

Ex-governor Yari had reportedly met with some APC stakeholders in the state in what was tagged a peace parley.

Marafa, however, said he was neither consulted nor invited by anybody to be part of the meeting.

Legit.ng recalls that the crisis between Marafa and Yari led to the colossal defeat suffered by the APC which made it lose all its seats to the Peoples Democratic Party (PDP) following a Supreme Court judgement.

Marafa said that Yari rejected all the efforts to resolve the crisis while he was the governor of the state, adding that the former governor is now shopping for a “kangaroo peace” after leaving power.

“Now that he is out of power and out of favour from God and the people, he is now trying to come up with a kangaroo peace meeting to relaunch himself back to relevance. He refused to listen to the voice(s) of reason when peace would have benefitted our people and party,” Marafa said.

“I’m in total support of the initiatives and efforts embarked upon by the present administration of Zamfara state. I will partner with the government in providing a lasting solution to our security problems,” he said.

Meanwhile, Legit.ng earlier reported that Senator Marafa was expelled by a faction of the APC in Zamfara.

Marafa had taken the party to court in the aftermath of the governorship primary election in the state which was not in his favour.

In the heat of the political squabbles, the Supreme Court recently declared the PDP winner of the governorship, National Assembly and state legislative elections after disqualifying the APC.

NAIJ.com (naija.ng) -> Legit.ng. We have upgraded to serve you better.