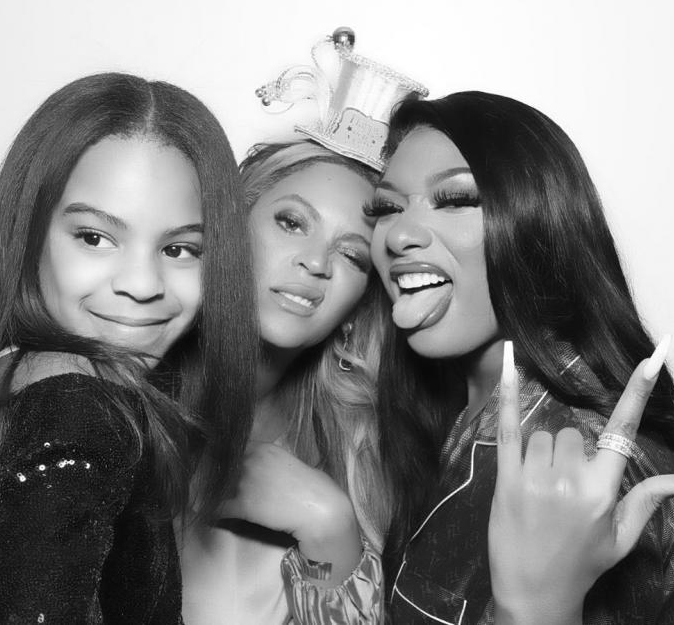 A Vanity Fair writer is facing backlash after he mocked Blue Ivy Carter’s looks and compared her to her father Jay-Z.

He wrote in a now-deleted tweet: “I have a feeling the jay z face genes are about to really hit Blue Ivy and I feel so sorry for her.”

Violet Lucca, a journalist who works for Harper’s Magazine, replied to Collins, writing: “Or she’ll just get plastic surgery at 16 a la Kylie Jenner and we’ll all have to pretend that she always looked that way. I can’t allow myself to feel too sorry for the incredibly rich!”

Collins received heat for his tweet and he deleted it and issued an apology, writing: “I’m sorry about the Blue Ivy tweet — bad joke, and black girls, in particular, deserve better.”

But his apology did not appease Twitter users and they kept calling him out. 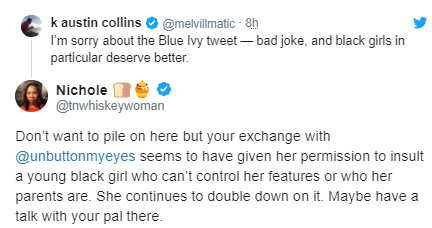