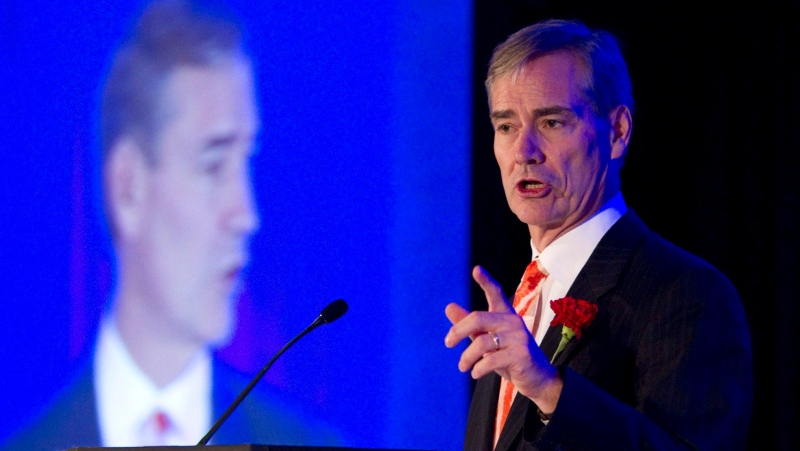 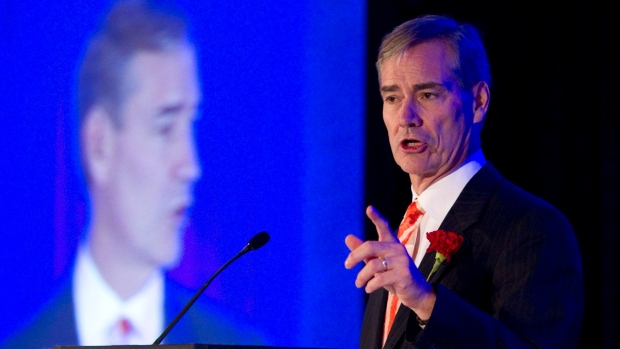 An angry series of tweets from the CEO of Maple Leaf Foods Inc. about the downing of a Ukrainian airliner in Iran are uncharacteristic and risky, but unlikely to create long-term consequences for the company, experts say.

“My initial reaction was first an eyebrow raised and then a jaw dropped,” said Dimitry Anastakis, a professor at The University of Toronto’s Rotman School of Management, after he read Michael McCain’s tweets.

McCain took over the Maple Leaf Foods Twitter account Sunday evening for what he called his “personal reflections” after learning a colleague had lost his wife and child when Ukraine International Airlines flight PS752 was shot down shortly after takeoff from Tehran airport on Jan. 8, in what Iranian officials have described as an accident.

All 176 on board were killed, including 57 Canadians.

“I am very angry, and time isn’t making me less angry,” he wrote.

The Canadians on board are “collateral damage” from the behaviour of “a narcissist in Washington,” he said, adding “we are mourning and I am livid.”

The company declined an interview request, saying McCain “would prefer to let the messages in his tweets speak for themselves.”

Anastakis said he couldn’t think of a precedent for McCain’s comments in Canadian corporate history, especially since they were unsolicited and delivered through the company’s Twitter account rather than a personal method of communication.

McCain is widely regarded as an effective communicator, and “was always seen as a kind of case study of the greatest response to a public relations disaster” after a deadly listeria outbreak in 2008, said Anastakis.@

He quickly appeared in a TV ad issuing a candid and abject apology for the outbreak. The company rapidly regained consumer trust under his leadership after the outbreak cost the company millions and sent its stock price plummeting. He was voted the business newsmaker of the year in an annual survey by The Canadian Press.

Following the downing of flight PS752, McCain “felt the tragedy warranted his response,” according to an emailed statement from Maple Leaf Foods. The company did not immediately respond to follow-up questions.

McCain appears to have acted regardless of political or business risk, said Anastakis.

“There’s always multiple levels of risk when a business leader kind of gets into a political debate, especially one that is so charged and controversial,” he said.

In this case, the risk could mean backlash from Canadian and (more likely) American consumers, as well as possible retaliation from the U.S. government.

Maple Leaf announced in April 2019 that it is building a US$310-million plant-based protein facility in Shelbyville, Ind., with the help of government and utility incentives, to support the company’s Lightlife and Field Roast brands.

The company’s shareholders and employees may not be pleased either, said Anastakis.

“Your place is not necessarily to risk the firm’s status, stature, potential prosperity by making these kinds of statements on … effectively company letterhead.”

Robert Carter, an industry adviser with The StratonHunter Group, doubts the company will feel much beyond a short-term blip.

Consumers who are loyal to the brand are likely to focus on the product more than his comments, he said, which are unlikely to be viewed as so detrimental that they’ll prompt a widespread boycott.

On the opposite end, Carter thinks many Canadians are angry at the U.S. for escalating tensions with Iran and are shocked by the subsequent outcome.

“I think there’s a lot of Canadians that will actually stand behind him and … be proud of the fact that he took the initiative to go out and make these types of comments.”

That positive bump may too be short lived, noted Anastakis, as consumers can be fickle with their national pride.

He recalls a few years prior when Canadians turned on Heinz ketchup after the company moved its manufacturing to the U.S. — an example of “how quickly that kind of economic nationalism around this can dissipate.”

While the tweets are unusual for a chief executive, they’re likely to be viewed as more personal than political, said Burkard Eberlein, a professor at York University’s Schulich School of Business.

It doesn’t include a call for action from the Canadian federal government or any indication that McCain is taking steps to lobby governments to act.

It’s unlikely that Ottawa will engage with the commentary, he said, or that McCain will follow up with more on this topic.

“I wouldn’t jump to the conclusion: ‘Oh, here’s a CEO that has decided: I want to become a politically active CEO,”‘ he said.

“I think he is very much driven by the sense of grief, and maybe a bit of anger and resentment — seeing it as the outcome of a chain of events that could have been prevented.”

This report by The Canadian Press was first published Jan. 13, 2020.

This is a corrected story. An earlier version stated that 63 Canadians were on board the flight.