Popular British writer, Piers Morgan, has reacted to the recent support the Queen gave to Prince Harry and Meghan concerning their royal retirement.

When the Royal Family released a statement on Monday, January 13, concerning the support they are giving the Duke and Duchess, he reacted to the news on Twitter.

He subtweeted the tweet with a comment that the Queen has been bullied into shifting ground, saying they have succeeded in having their cake and eating it.

“BREAKING: Harry/Meghan have successfully bullied the Queen into letting them have their cake & eat it,” he said.

It should be noted that the comment is coming after the significant crisis management talk that happened at Sandringham over what will happen after the Duke and Duchess of Sussex leave. 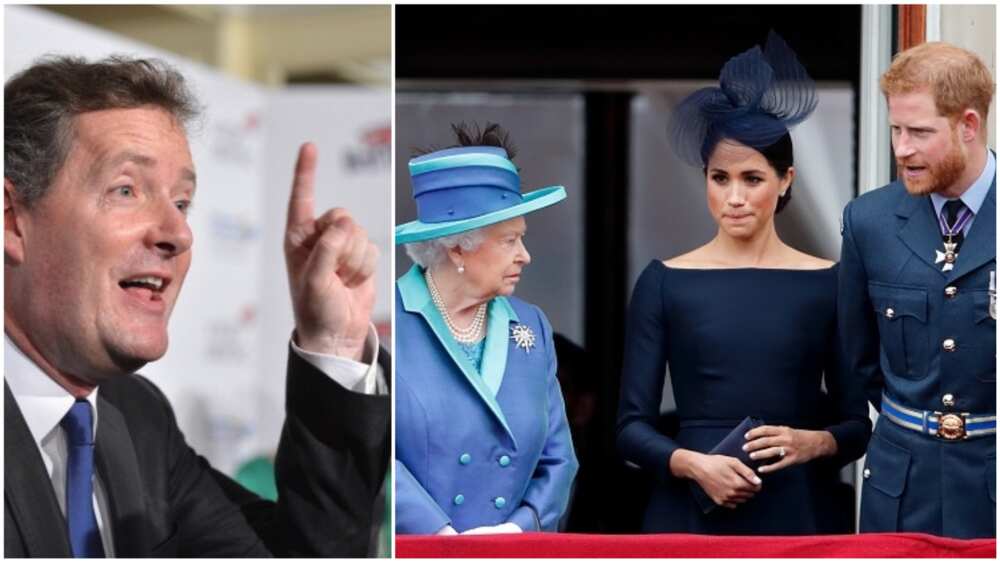 The Queen said they would be supporting the Duke and Duchess with the stepping back.
Source: Getty Images

Meanwhile, Legit.ng earlier reported that Morgan took the Duke and Duchess to the cleaners for wanting to retire from their royal duties. 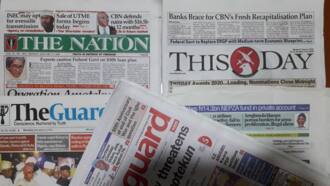 He said that though he has seen so many antics in his lifetime, the one displayed by the royal couple surpassed them all.

Morgan said if he were the Queen, he would sack them off their post and plunge them into civilian life for saying they want to quit royal life.

“Indeed, if I were Her Majesty the Queen, I would unceremoniously strip Harry and Meghan of all their titles with immediate effect and despatch them back into civilian life. These two deluded clowns announced yesterday they were quitting life as senior royals,” he said.

The journalist also condemned the royal couple for trying to abscond the tedious work of their duties while asking to be allowed to maximize the benefits that come with their regality.

“So, they want the glitz, the glamour, the splendour and the stupendous wealth…. they just don’t want to have to actually earn it. What a pathetic joke.

“… Oh, and they expect to continue having royal protection too wherever they choose to live and travel – at further vast expense to the taxpayer,” he said.

NAIJ.com (naija.ng) -> Legit.ng: We have upgraded to serve you better

Which country would you leave Nigeria for? | Legit TV