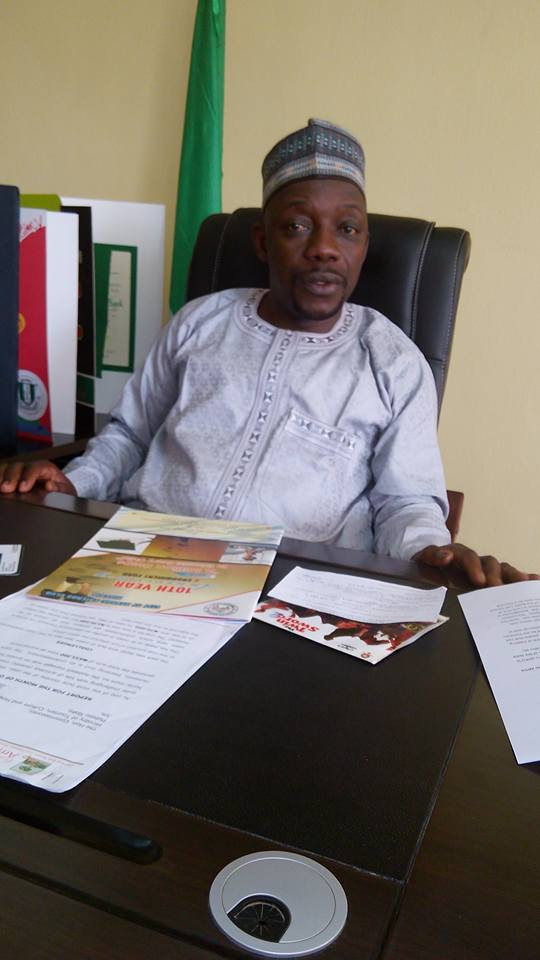 The daughter of a former Commissioner for Tourism in Plateau state, Mr Peter Mwadkon (pictured) has been kidnapped by gunmen.

Miss Christie Peter was kidnapped by the gunmen at her sister’s house in Kwata Community, Jos South Local Government Area of the state on Tuesday.

It was gathered that the gunmen stormed the community around 2am, broke into their house and abducted the 26-year-old graduate of Ahmadu Bello University Zaria.

A member of the community, Emmanuel Choji, said that the abductors contacted the victim’s famiy and demanded N5m as ransom.

“We are still in shock over the incident. This kind of thing should not be allowed to continue. How can gunmen arrive in a community and start shooting at residents without anything done to stop them? What happened, in this case, was that they just arrived in the community around 2am on Tuesday. They broke into their house and whisked the young girl away. It was a boy that the gunmen initially kidnapped but they were later heard arguing among themselves after kidnapping the 10-year-boy, that they were sent to take a lady and not a boy. That’s how the girl became victim of their evil exploits. And I heard that they have made contact with the family after taking the girl away and were demanding that N5m should be paid before she will be released” said Mr Choji.

Spokesman for the State Police Command, Mathias Tyopev, who confirmed the incident on Tuesday said,

“Yes, we got the report of the gunmen attack in Kwata community. We are working with the family to secure the girl that was taken away during the attack.”