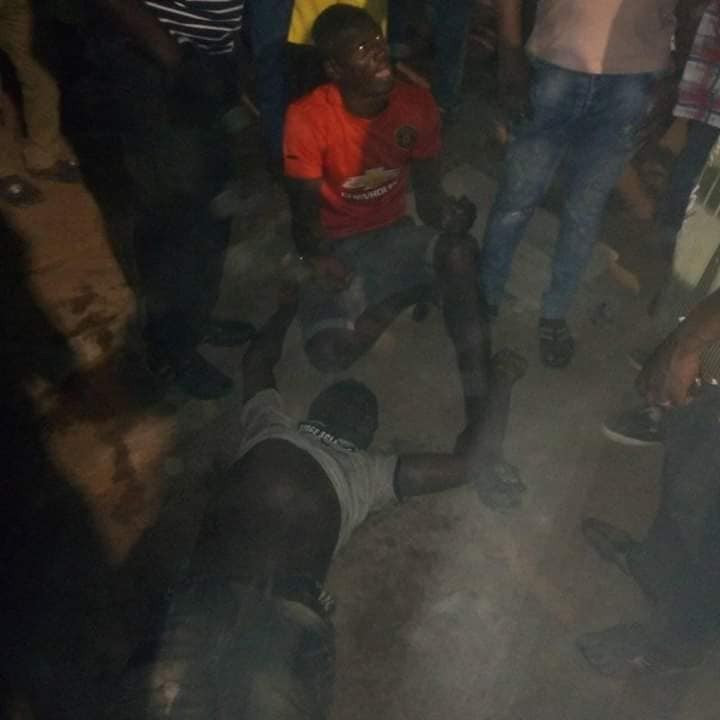 An Anambra man has been apprehended by residents of Abakeleke street in Awka after his slap led to the death of another man.

Eyewitnesses alleged that the murder suspect who was identified simply as Tallest, slapped the deceased after a disagreement at an Awka club last night.

Just one slap from the guy on red T-shirt, he collapsed and die. This happened yesterday night at Abakeleke street awka( club zone). 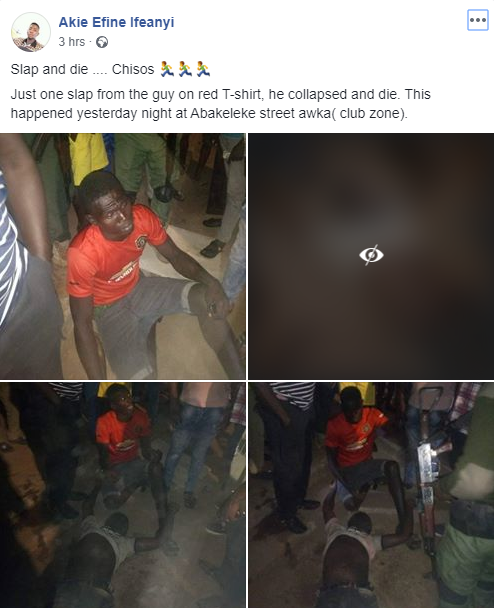 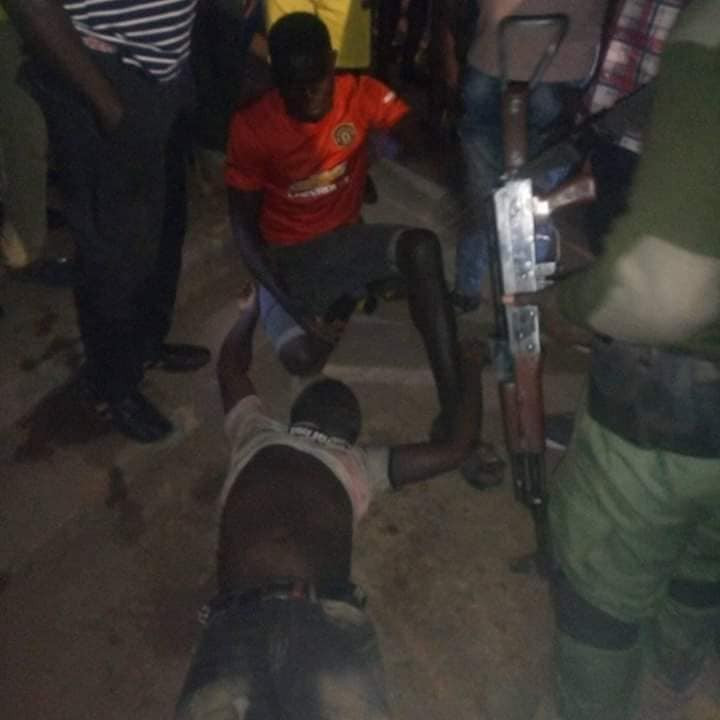 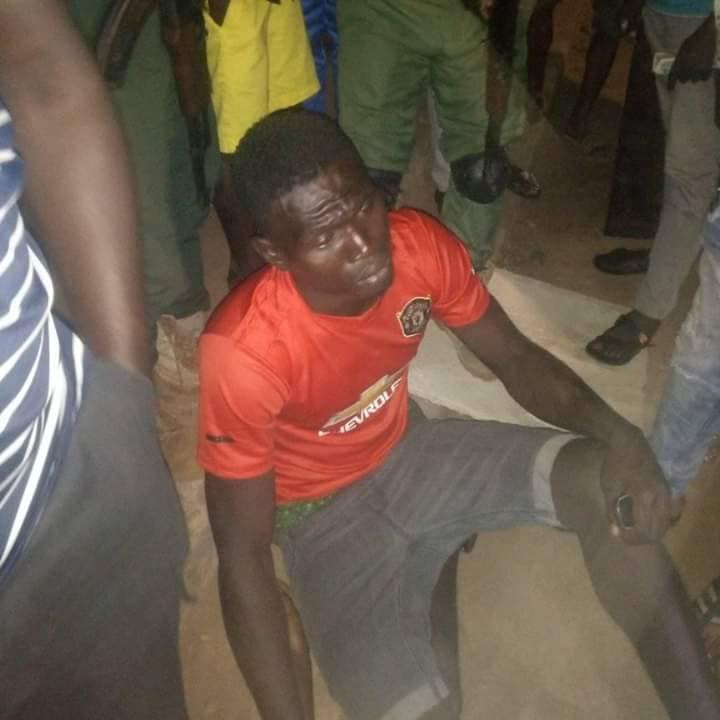