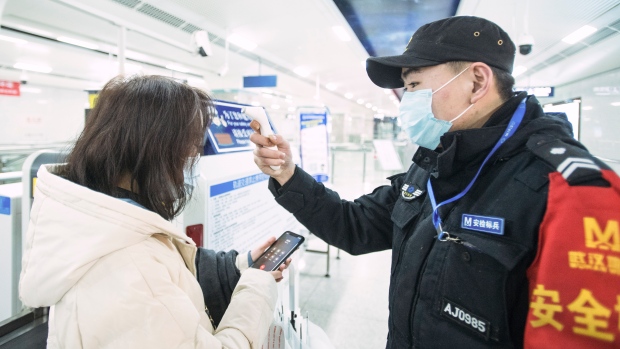 An international outbreak of respiratory illness sparked by a novel coronavirus has spread from its origins in central China to at least 11 countries, with more than 1,200 confirmed cases — including a presumed case in Canada — and over 40 deaths.

Like previous outbreaks, including the SARS virus 17 years ago, the flu-like disease poses a risk to economies around the world as fear and confusion lead to abrupt changes in behaviour, decreased economic activity and a ripple effect across sectors that threatens everything from productivity to consumer prices.

The Severe Acute Respiratory Syndrome pandemic of 2003 cost the Chinese economy up to US$20 billion, according to the Asian Development Bank, as travel warnings and transit shutdowns discouraged consumption, foreign tourists stayed away and local residents stopped going out.

“The travel and tourism sectors were most obviously hit, although that ripples through the entire economy,” said Richard Smith, a professor of health economics at the University of Exeter Medical School.

“But many effects are short-lived during an outbreak as once the panic is over people go back to business as usual.”

China’s response to the current crisis appears to be swifter, and the disease less virulent, but the country now boasts a far more extensive high-speed rail network than it did in 2003, and its economy is six times larger, upping the risk of transmission and the repercussions of an epidemic.

Its critical role in international shipping may be thrown into disarray as authorities begin to hold back some ships from entering the port at Wuhan, a key hub on the Yangtze River.

“If they cannot leave it creates huge delays in the supply chain and value chain of businesses all across the world,” Roeder said. “It could actually hit the latest generation of smartphone if ports are shutting down.”

Manufacturing could also feel the crunch as supply chains stall, he said.

Roeder has felt firsthand the disruptive power of a pandemic. In the summer of 2003 the teenage Berliner was eagerly gearing up for a United Nations youth conference that would take him to Taipei, but the event was cancelled a few days beforehand due to SARS.

“I was losing guys left, right and centre as people were quarantined,” recalled Murray, based in Toronto — the epicentre of the SARS pandemic outside of Asia. The disease infected 438 Canadians in total and caused 44 deaths in the Toronto area.

The economic damage culminated with World Health Organization’s one-week travel advisory for the city in April 2003, costing the Canadian economy an estimated $5.25 billion that year.

Freelancers and gig economy workers such as musicians or ride-hail drivers may feel the pinch more acutely, since they can’t rely on a steady wage when demand shrinks.

“It’s something that unfortunately has happened before in a similar way and it tends to affect areas like retail,” said Carolyn Wilkins, senior deputy governor of the Bank of Canada, said this week.

“People don’t go out, they don’t fly in planes, they don’t do as much tourism to the affected areas,” she said.

The fallout makes workers ranging from servers to wholesale bakers to non-unionized hotel staff more vulnerable. Meanwhile spending or investment plans by larger companies may have to be delayed, said Roeder.

It is not clear how lethal the new coronavirus is or even whether it is as dangerous as the ordinary flu, which kills about 3,500 people every year in Canada alone.

“Still, we should be extremely worried about the economic effects of this,” Roeder said, calling on Chinese authorities to work transparently with Western governments and disease control experts to mitigate the crisis.

“At the end of the day, it hits the entire economy. No one benefits from this.”

This report by The Canadian Press was first published Jan. 25, 2020.

Pakistan seeking relief from US$5.8 billion fine over mining lease

5 things to know about the Evergrande situation: A simple breakdown