Coronavirus: Why South Africa has yet to roll out…

Wattpad to be sold to South Korean internet giant…

The Bachelor: Listen to Your Heart’s Bri Stauss and…

Leave that man must do it for me mentality… 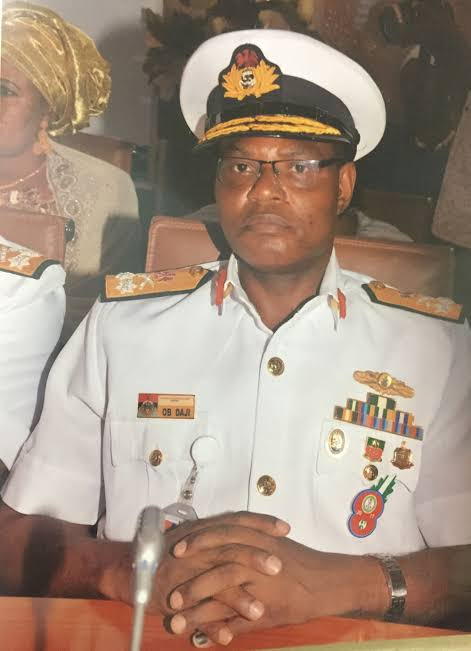 The Commander of Operation Awatse, Rear Admiral Oladele Daji has opened up on the eviction notice served to residents of Tarkwa-bay in Lagos.

According to Daji, the clearance operation code-named Operation Kuronbe (Yoruba word meaning Leave There) became necessary because Tarkwa-bay is a hideout for sea robbers and officially a non-residential area.

Speaking on Channels Television breakfast programme ‘Sunrise daily’, the Navy official who stated that no casualty was recorded in the clearance operation, insisted that pirates hid there because there is no security in the area.

“If you look at the geography of Tarkwa Bay, it is located by the South West of the two major ports that we have in Lagos – the Tin Can Island Port and Apapa Port Complex.

“This area is open to the sea and also at the entrance of Lagos harbour. It is a very strategic port area in which criminals have taken advantage of the lack of (security) presence to perpetrate all sorts of activities.

“Also most of the (people behind) incidents of sea robbery and piracy along the waterways hide in Tarkwa Bay.

“Just a few years ago, the militants who burnt the jetty through which vessels deliver products into NNPC facility at Atlas cove hibernated in Tarkwa-Bay before carrying out that dastardly act.

Paul Okoye calls out the Nigerian Copyright Commission, accuses them of ‘kidnap’

Coronavirus: Why South Africa has yet to roll out vaccines

The Bachelor: Listen to Your Heart’s Bri Stauss and Chris Watson Break Up