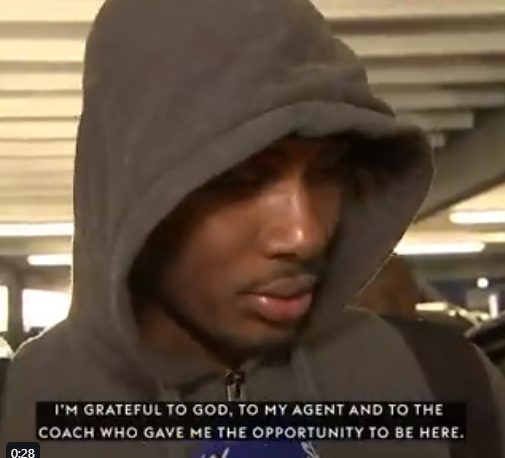 The Nigerian international and former Watford striker arrived at Manchester Airport on Sunday morning and said his move to Manchester United is a dream come true.

Speaking to Sky Sports News upon his arrival, Ighalo, who is a Man.United fan said: “It’s a dream come true because since I was a kid I followed and dreamt of Manchester United.”

“But it is a reality now. I cannot say much more now until I get started.”

Reflecting on the last few days before the transfer went through, Ighalo said: “It’s been crazy. Obviously, I am happy to be in Manchester first of all. I am happy to be here and to work out with the team and finish very well this season.

“The plan is to just chill today because I travelled a very long way from Shanghai to Manchester. Today is to just rest and tomorrow we start to work.”

Odion Ighalo’s move to Manchester United makes him the first Nigerian footballer to sign for the English club. The Ajegunle born, who played for Udinese and Watford will reportedly earn about £130,000 (N62m) per week for the six months he will be at the club.

US Visa Ban: We Pray For Restoration Of Our Nation –Adeboye