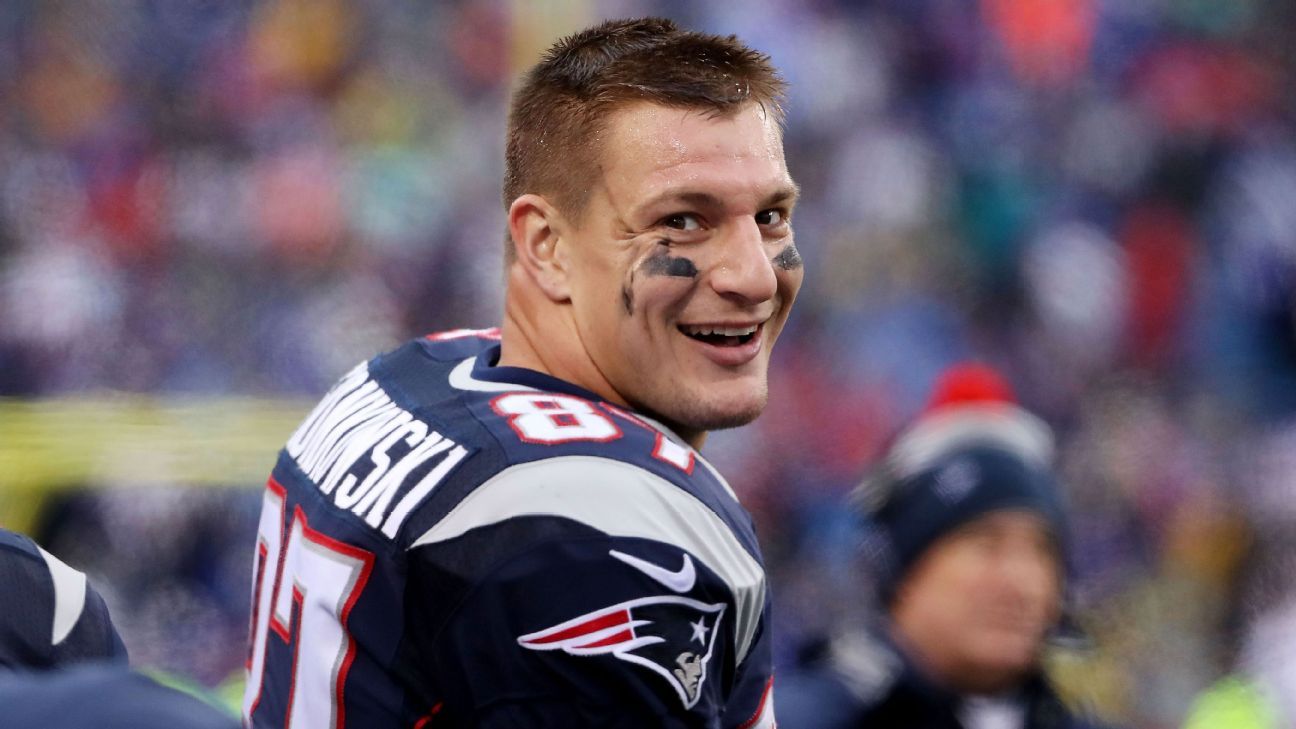 Rob Gronkowski isn’t joking around this time — he has his Tampa Bay Buccaneers playbook and says it arrived after last week’s trade with the New England Patriots.

That’s according to a social media post Wednesday night from the star tight end, who went on Instagram to clarify that a comment he made over the weekend suggesting he had received the playbook before the trade was just made in jest.

“This is seriously a story?” Gronkowski wrote. “LOL.”

On Saturday night, Gronkowski was part of a Bud Light-sponsored draft after-party, during which one of its guests, ESPN’s Sage Steele, spoke about how Joe Burrow, the No. 1 overall selection of the Bengals, had been working with Cincinnati’s playbook weeks before the team had officially made its selection.

Gronkowski then jumped in and said, “I was in the Tampa Bay Buccaneers’ playbook four weeks ago, and I wasn’t even on the team.”

That comment took on a life of its own Wednesday when some outlets questioned if Gronkowski was telling the truth and, if so, whether it violated league rules. The Pats-Bucs trade wasn’t official until April 21.

But Gronkowski said Wednesday night that he actually received his team-issued Microsoft Surface tablet earlier in the day, and he posted a picture of him holding it.

Never one to stay serious for too long, Gronkowski then followed with a joke.

“It’s still in the package and hoping it is all pictures and drawings,” he said. “I’m pumped to open it one day hopefully soon and follow the arrows to learn where to run to. Gronk run Gronk catch ball. No playbook needed. Hehe.”

Nigerian video vixen and dancer, Kodak dies after allegedly being electrocuted while charging her phone

Royals’ Perez positive, ‘can’t wait to be back’