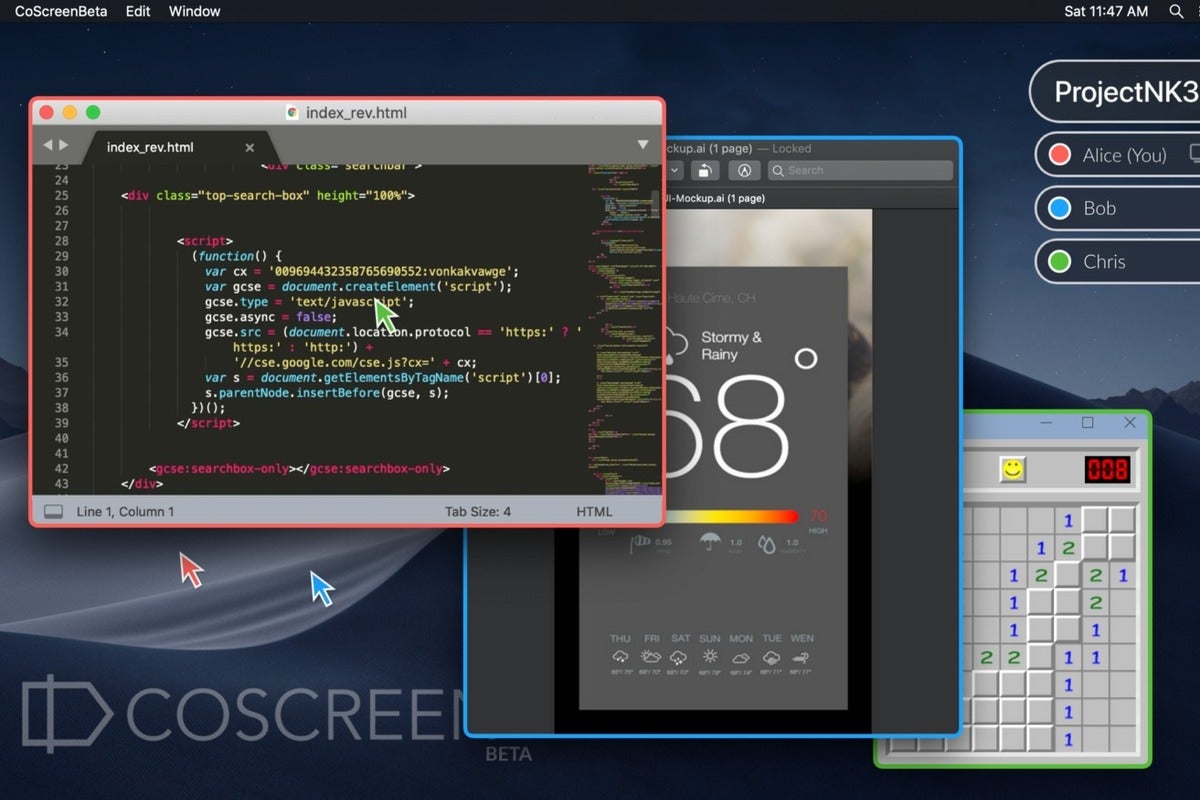 Interest around video meeting software is higher than ever, as isolation measures across the world drive demand for tools to connect people with co-workers during the day, family and friends at night. The “new normal” has led to a huge uptick in use of established video apps – think Teams, Meet and FaceTime – and has made Zoom a household name (not always for the right reasons).

But technology does not stand still and there are a wide array of innovative start-ups hoping to make video calls more accessible and effective. Apps coming onto the market range from lightweight video feeds and collaborative screen-sharing canvases to virtual avatars in augmented reality.

A common theme among many of these emerging video software vendors is a strong focus on getting work done. Going beyond group discussions, the aim is to encourage productivity, enabling team members to work collaboratively on shared tasks.

As video becomes more integral to how people work, these start-ups offer a glimpse of the future of remote work.

“The future will enable us to interact and collaborate in new ways that are more visual and interactive than what we have today,” said Wayne Kurtzman, a research director at IDC. “Driving the expectation to engage with each other and collaborate in more meaningful ways is part of digital transformation. Customer and employee experience expectations will continue to rapidly evolve, and enterprises should be ready.”

Around has created a pared-down video meeting app geared toward remote workers using laptops. Rather than requiring them to fire up the app for one-to-one or team video calls, Around runs continuously, with co-worker video feeds automatically cropped into small “floating head” circles consigned to the top of their screen. It has also created its own patent-pending technology that mutes background microphone noise to reduce distractions.

The idea is to lower the barrier to starting a video conversation, making it less formal and invasive. Or as CEO Dominik Zane said: “Less about blowing up people’s faces on a 70-inch HDTV, more about focusing and doing.”

“The way we work has changed — we no longer meet only to see people, but also to work in apps together,” Zane said in an interview. “Around does not take over your entire screen like a traditional video, but instead leaves space for work. People want to fire up their Google Docs, Spreadsheets, or Figma, and work together, while still maintaining presence with Around’s Floating Video. Around is designed to support these new ways of working remotely.”

Around runs continuously, with co-worker video feeds cropped into small “floating head” circles pinned to the top of the user’s screen.

Around – which is currently in private beta – has raised $5.2 million in seed funding to date.

CoScreen lets each co-worker drag and drop windows from their desktop into a joint workspace canvas on a secondary screen. (Their own desktop screen stays private.) With multiple pointers on the shared screen, each participant can interact with shared apps, moving and resizing windows or editing information and entering text. A small video feed for each team member is visible on the side of the screen for discussions about work.

“We believe that existing collaboration solutions create too much friction for agile teams, as they are cumbersome for heavy collaborators and too restrictive by only letting one user share their screen and controls at a time,” the company said in an introductory post on its blog. 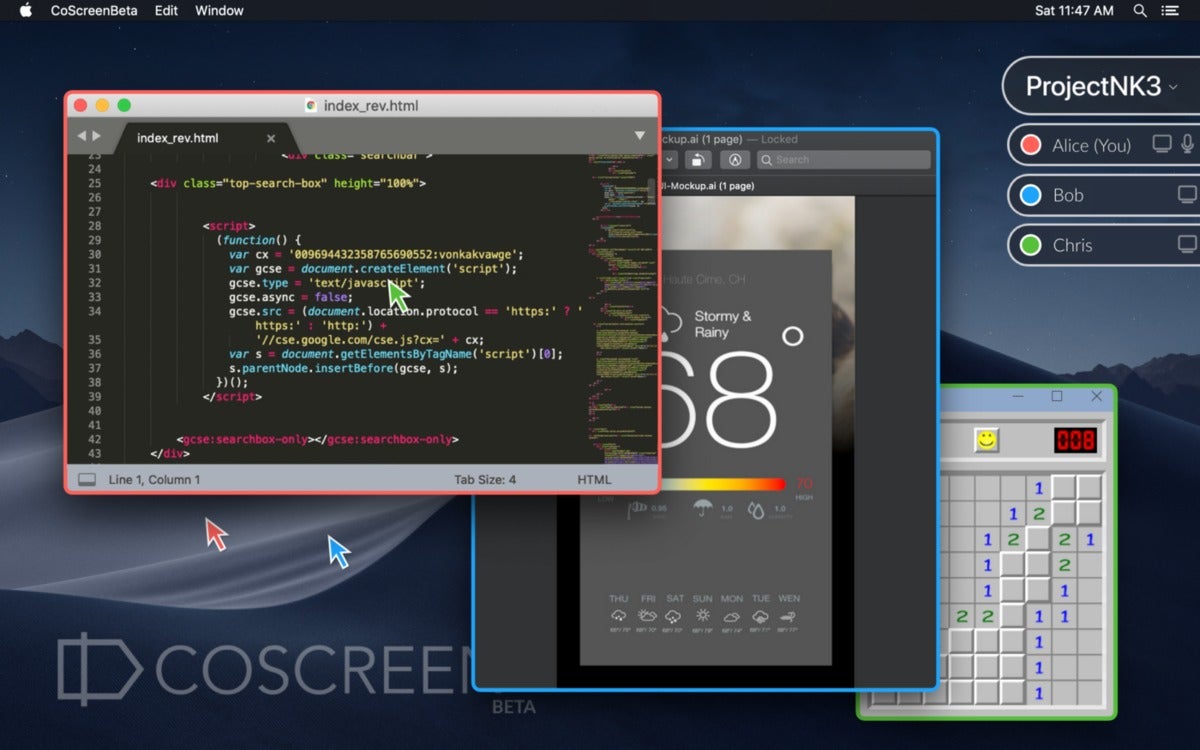 CoScreen lets users drag and drop windows from their desktop into a joint workspace canvas shared with co-workers.

CoScreen is currently free to use for selected teams as part of a public beta. Would-be users can sign up here.

Grain lets users capture highlights from Zoom video calls that serve as action points for follow-up after a meeting has finished. It lets users take notes during a video call – such as a customer feedback discussion – with important moments automatically saved as video clips by clicking on an emoji. The video highlights, automatic transcript and notes can then be easily shared with teammates in platforms such as Slack.

Additional videos highlights can be created by selecting text from the transcript. 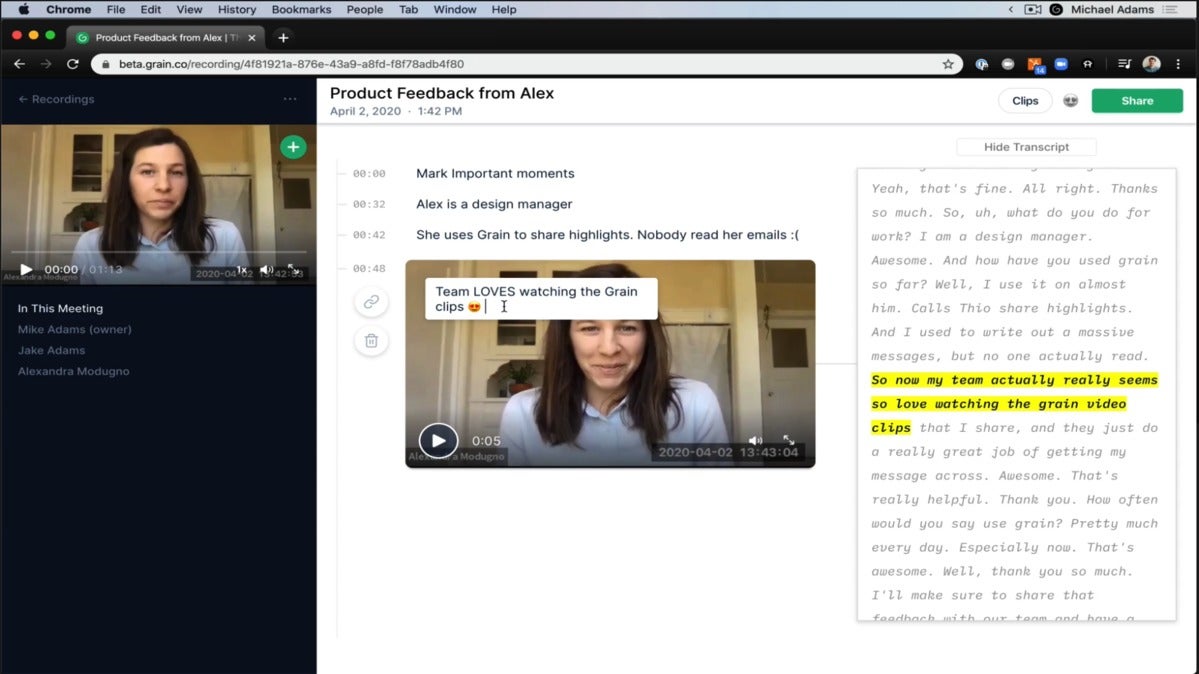 Grain lets users capture highlights from a Zoom video call that can later serve as action items after a meeting is over.

“A combination of recorded audio, video, and text is the most effective way to document and share information from a live conversation,” said Mike Adams, co-founder and CEO at Grain. “However, the effort traditionally required to synchronize these three mediums hasn’t justified the investment. But now, Grain automatically turns the collaborative notes taken during a Zoom call into video highlight summaries and transcripts of just the important parts of the conversation, bridging the gap between the live and async participants of a video call.”

Grain, which is in private beta recently raised $4 million in two seed funding rounds, according to Techcrunch.

Not all video needs to be real-time – especially for geographically disparate teams across different time zones. Loom is a simple screen recording tool that lets users share short videos of their screen or an app, alongside an accompanying video of the speaker, that can be accessed at any time.

The aim is to provide an easier way to pass on information to colleagues without either tapping out an email or instant message (people can talk six times faster than they can type, according to Loom), or jumping into a full-on video call.

There are a variety of uses, says Loom, including team training, internal communications or guiding customers through a new app or service.

More than 15 million minutes of Loom videos are shared and watched every month by more than 1.8 million people across 50,000 companies, the company said. 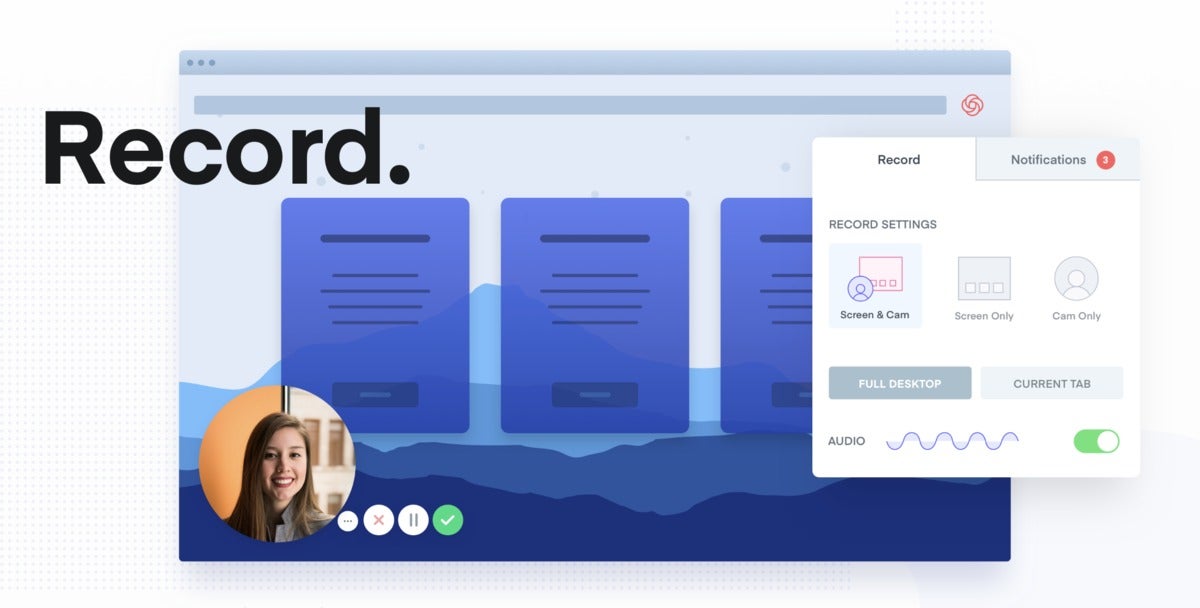 Loom is a screen recording tool that lets users share short videos of their screen or an app.

Since its launch in 2016, Loom has announced two funding rounds, with a $30 million Series B round last November.

Spatial is pushing the boundaries of what video meetings can do, with an augmented reality platform that lets colleagues meet “face to face” using virtual avatars.

Requiring a headset such as Microsoft’s HoloLens or the Magic Leap, Spatial lets teams visualize and share work with colleagues remotely, with the ability to manipulate 3D models using hand gestures. This can be used, for instance, by design teams to bring prototypes to life. Videos, images and other documents can also be shared and viewed in Spatial’s virtual meeting environment.

“When it comes to collaborating with colleagues, staring at faces in small video boxes just isn’t the same as being in the same room,” said Anand Agarawala, Spatial CEO and co- founder.  “In Spatial, you get back that real-world experience and connection. It’s how work should be done, unlimited by physical location.” 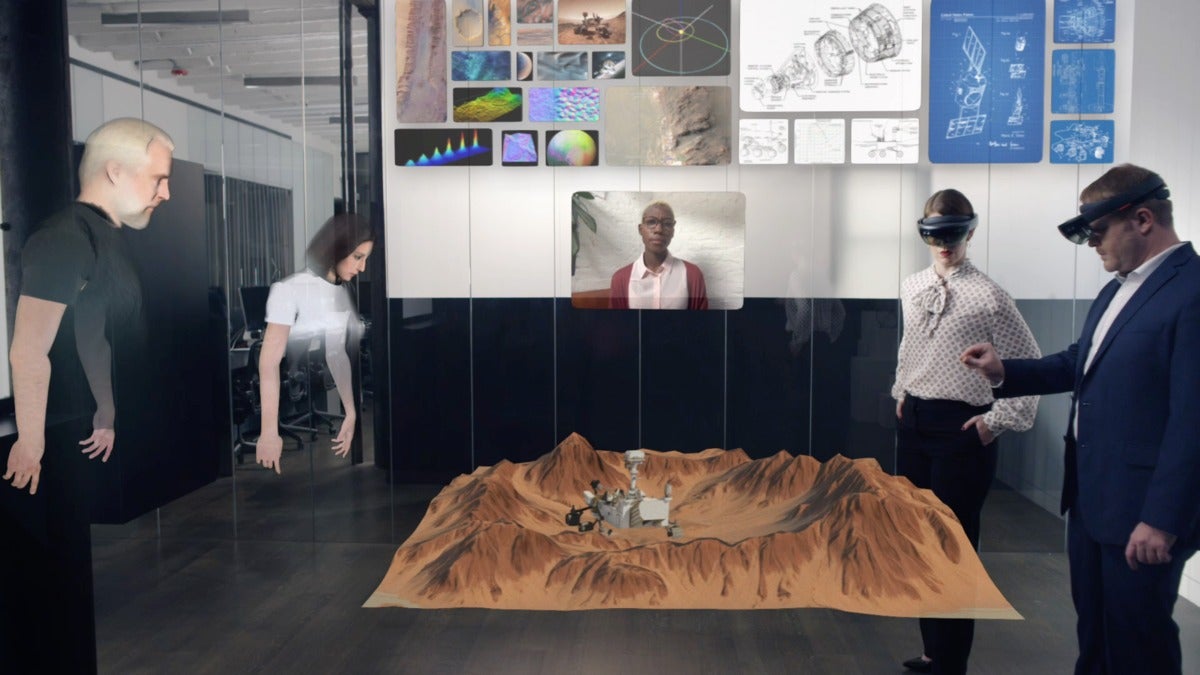 Founded in 2016, Spatial has raised a total of $22 million, including $14 million in its recent Series A round.

How Apple tech is used in the renewable energy industry