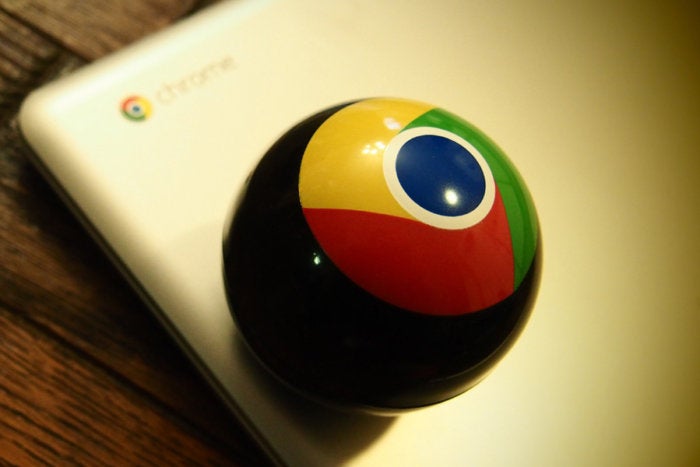 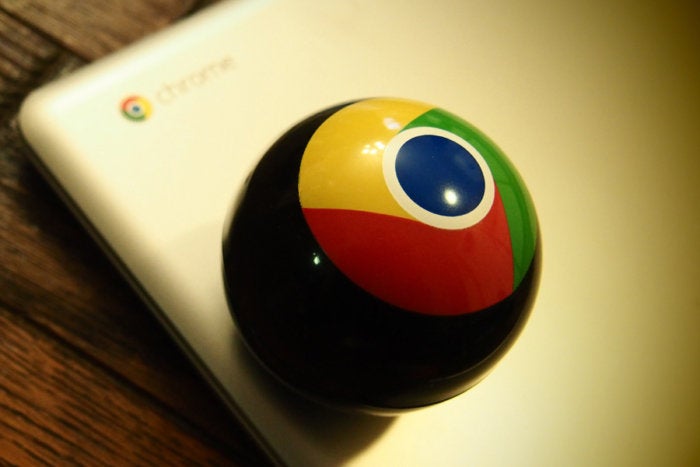 Google’s Chrome OS platform sure has come a long way.

From the early days, when Chrome OS was little more than an experimental “browser in a box,” to today — with the platform powering first-class hardware and supporting a diverse range of productivity applications — Google’s once-crazy-seeming project has turned into one of the world’s most intriguing and rapidly expanding technological forces.

I’ve been covering Chrome OS closely since the start. I lived with the first Chromebook prototype, the Cr-48, and have used Chromebooks as part of my own personal computing setup in varying capacities ever since. I write about the field not only as someone who’s studied it professionally from day 1 but also as someone who has used it personally that entire time, up through today.

So whether you’re relatively new to the realm of Chrome OS or are a Chromebook veteran yourself, I’m happy to join you on your journey and act as your guide. On this page, you’ll find all my latest Chrome OS coverage — the original analysis, the tips ‘n’ tricks, and everything in between. I’ll be updating it regularly as new subjects come up, so check back often and stay ahead of the curve with your Chromebook knowledge.

[ Further reading: How to use Google Drive for collaboration ]

Is Chrome OS right for you? A 3-question quiz to find out

Chromebooks aren’t like regular computers — so are they right for your needs? These three questions will help you (or anyone else you know) find the answer.

The most important thing to check before buying a Chromebook

Save yourself from buyer’s remorse by thinking through what a Chrome OS device-maker won’t tell you.

Chromebook cheat sheet: How to get started

Got a new Chromebook? This guide will help you navigate the ever-expanding world of Chromebook apps and figure out how to make the most of Chrome OS.

The smart worker’s guide to using a Chromebook offline

Chrome OS may be cloud-centric at its core, but you can get plenty accomplished offline on a Chromebook — if you set things up thoughtfully in advance.

Realize it or not, you (and/or your friends and colleagues) have probably heard plenty of hokum about Google’s Chrome OS platform. Time to separate fact from fiction.

6 important things you might not know about Chrome OS upgrades

Google’s Chrome OS isn’t like other operating systems — and the way it handles upgrades is no exception.

Reality check: Can you use a Chromebook for work?

Some fresh perspective on a Chromebook’s capabilities for professionals.

Teach your Chromebook some helpful new tricks and set yourself up for more effective work — and play.

Supercharge your Chrome OS experience with these time-saving tricks and techniques.

22 worthwhile ways to use Google Assistant on a Chromebook

Google Assistant is finally working its way into the fabric of Chrome OS, and it’s bringing with it some interesting new possibilities — as outlined here.

Make your Chromebook faster, smarter, and more pleasant to use with these easy-to-follow annual steps.

How Chrome OS Virtual Desks could change the way you work

A new feature coming to Chromebooks has tons of productivity potential — but it’s up to you to put it to use.

Chromebook security gets simpler with these ultra-useful but off-the-beaten-path options.

Android apps for Chromebooks: The essentials

Turn your Chromebook into a uniquely versatile modern computing machine with these Chrome-OS-enhancing apps.

Linux apps can expand your Chromebook’s capabilities and open up all sorts of interesting options — but first, you have to know where to begin.

The best Linux apps for Chromebooks

Make your Chromebook even more capable with this carefully selected set of Linux apps for expanding Chrome OS’s potential as a business tool.

Crank up your Chromebook’s cloud-connecting power

With a few simple tweaks, your Chromebook can become an even more connected part of your cloud-centric setup.

How to turn any website into a custom Chrome OS app

A handy hack for customizing your Chromebook and bringing native app-like experiences to your favorite sites and services.

Give Chrome a time-saving tab switcher

Your browser has basically become your desktop. Here’s how to make it start acting like one.

A time-saving typing tool that works anywhere in Chrome

A seemingly small switch gives us a monumental clue about the future of Chrome OS — and maybe beyond.

What Chrome OS needs to conquer next

Google’s Chromebooks are constantly evolving and expanding in reach, but there’s one tremendous opportunity still begging to be seized.

Google is committing to a more sensible approach for Chromebook software support. Huzzah! Now let’s see where this takes us.

The column that was written one month before Google committed to change. As I wrote then: Google’s handling of Chrome OS upgrades has long been an asset for the platform — but now, it’s starting to become a liability.

The missing piece of the puzzle that explains Google’s curious-seeming new Chrome OS laptop has finally fallen into place.

The Androidification of Chrome OS is about to go into overdrive

A string of striking changes will soon supercharge Chromebooks everywhere — and make them more Android-like than ever.

The next phase of Google’s Chrome OS takeover

As the lines continue to blur between Chrome OS and Android, some once-crazy-sounding concepts are shaking up mobile computing as we know it.

Time to call it: The Chromebook is the new Android tablet

Why Android apps on Chromebooks are a really, really big deal (really!)

There’s much more to this move than what you see on the surface. Ready to have your mind blown?

Why Linux apps on Chromebooks are a really big deal (really!)

Linux app support for Chrome OS may sound like a big heaping bowl of irrelevant geek stew, but don’t be fooled: This move is enormously significant, too.

Google’s Chrome OS has been quietly reshaping the state of modern computing for some time now — and thanks to a new twist on an old idea, it’s about to do it again.

Up close with CastAway, the Chrome OS add-on for your phone

A new crowdfunded product promises to attach a tiny functioning Chromebook onto your phone. I sit down with the device’s creator to learn more.

Want even more Chrome OS knowledge? Sign up for my weekly Android Intelligence newsletter to get fresh insight into all things Google, delivered to your inbox every Friday.

Locusts destroying food supplies in the Horn of Africa

Is the age of Apple over? iPhone speculation and delays

Get access to 750+ professional tech courses for just $80 today