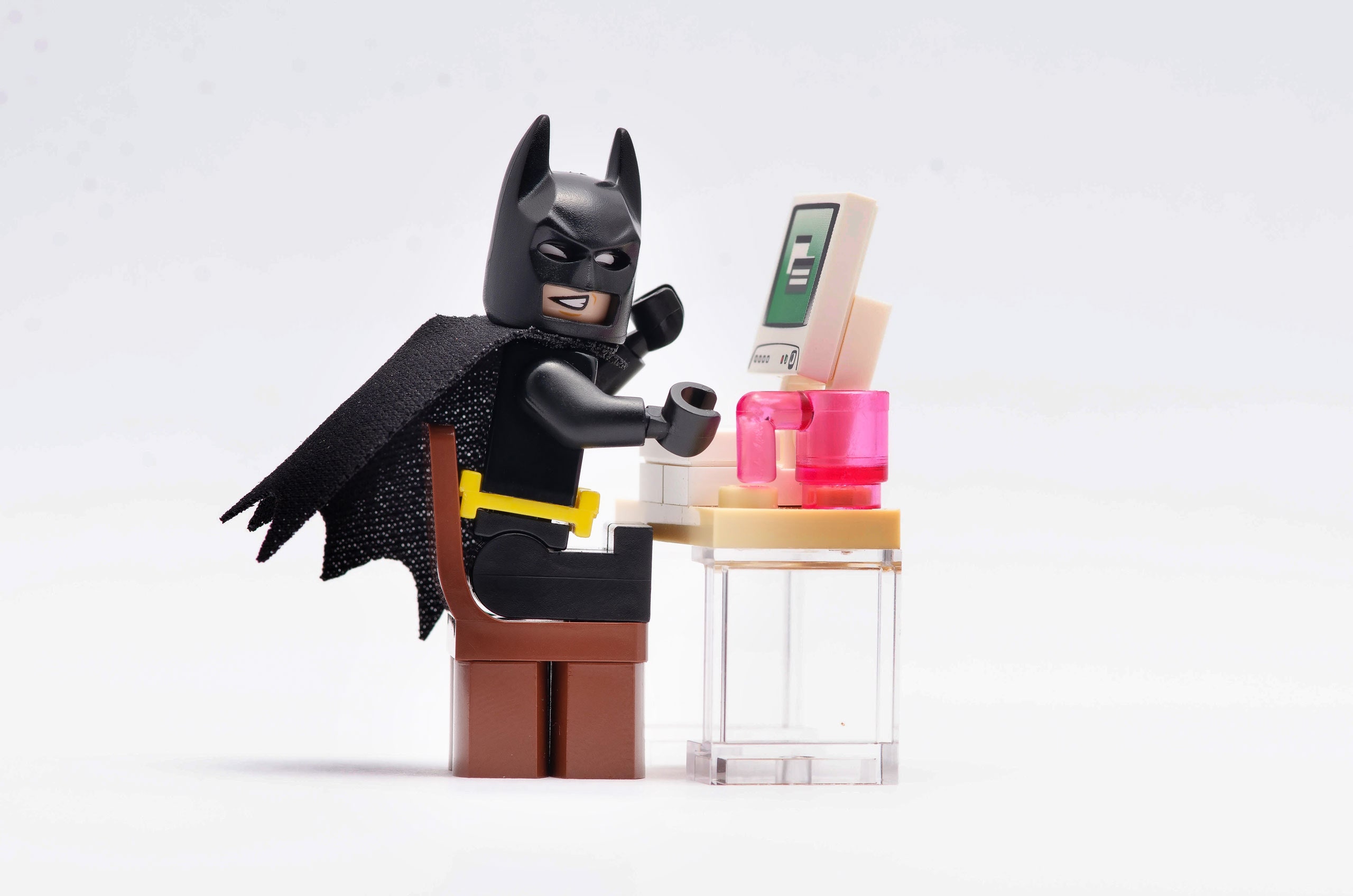 Today I baked bread, organized my canned goods, and polished all of my exploding gas balls. Again.

I haven’t left my house in more than eight weeks, and it’s starting to wear me down. Yes, I live on a massive estate with a whole lair full of goodies and gizmos, but, still—even Batman gets cabin fever.

I’ll be honest, it hurt when I found out that I wasn’t an essential worker. I’m Batman! The Dark Knight! The hero Gotham deserves, but, evidently, not the one it needs. Turns out the heroes Gotham needs right now are grocery-store employees, delivery-truck drivers, and nurses. Not a big demand for grappling-hook experts, currently.

I miss all the little things, you know? Attending museum galas, dating supermodels, chasing packs of goons around the docks and then strapping them up from their ankles outside of police headquarters. Regular stuff.

I miss Alfred. Robin and I have been keeping our distance from him, because he’s elderly. We talk to him over video chat every night, but it’s not the same. Also, I don’t know how to fold the fitted sheets. I can foil a crime syndicate that’s trying to take down an entire metropolis, but I don’t even know where to begin with these damn sheets.

I miss my parents. I know they died long before this, but missing them is really the core of my whole deal.

Now that I work from home, I’ve been spending a lot of time on Zoom with Two-Face, the Joker, the Riddler, and Poison Ivy. The other day, as a goof, the Joker changed his background to the Batcave. We all had a good laugh.

The bad guys haven’t said it out loud, but I think they’re lonely, too. Nobody has an appetite for dastardly plots right now. Poisoning the water supply with a solution that makes people’s faces freeze into a permanent smile just seems silly, given the current global situation.

Anyway, did you know you can regrow scallions in a glass of water? It’s wild. Poison Ivy taught me.

About once a week, I go for a drive. It’s not good to let the Batmobile just sit in the garage. I circle the city, but there’s really nothing for me to do. Crime is way down. If I’d known that the most recent pickpocket I nabbed was going to be the last for months, I would’ve savored it more.

Gotham is so different. The streets are silent, except for the blare of sirens. And there’s not a single Bat-Signal in the sky. I called Commissioner Gordon to ask if he could turn it on, just for old time’s sake, and he said he was “very busy” and that I should “stop bugging him to get Animal Crossing.” I just want him to see the cool Bat Island I built! It’s no fun if no one visits.

The hardest part of all of this is trying to remain motivated. I’ve been fighting crime online to stay sharp. Yesterday I got a man blocked from the Herkimer County Bird Lovers Facebook group, because his Zip Code technically falls in Otsego County. Love your own birds, mister.

Now that I do all my crime-fighting on my computer, I’ve stopped putting in the effort to strap into the whole Batman getup. I wear the cowl and cape, but then it’s just sweatpants down below. I bet my utility belt doesn’t even fit anymore.

I’m realizing that Gotham can get by without Batman for a few months, but I’m not sure Bruce Wayne can. Not the best time to be having an identity crisis. Robin suggested that I talk to a therapist. I’m a little surprised that nobody has suggested that to me before—I’m starting to think I have some pretty clear coping issues.

Then there’s the guilt. I realize that, as both a superhero and a billionaire playboy, I’m insulated from a lot of the worst of this pandemic. I don’t have to worry about food insecurity, unemployment, or homeschooling kids. I can’t help but wonder if it would have been better for the world if I’d used my near-limitless fortune to combat inequality instead of getting nipples added and then removed from my Batsuit.

Those thoughts made me sad, so I baked more bread.

I keep reminding myself: this will end someday. We’ll come out of our homes, be together again, and not have to wear masks. Unless we want to.

Oh, I’ve also been having crazy dreams. In one, I was Michael Keaton. Then I was George Clooney. Then I was randomly Val Kilmer. No clue what that means.

Your Check Is Ready

The Glam Old Lady I Hope to Become