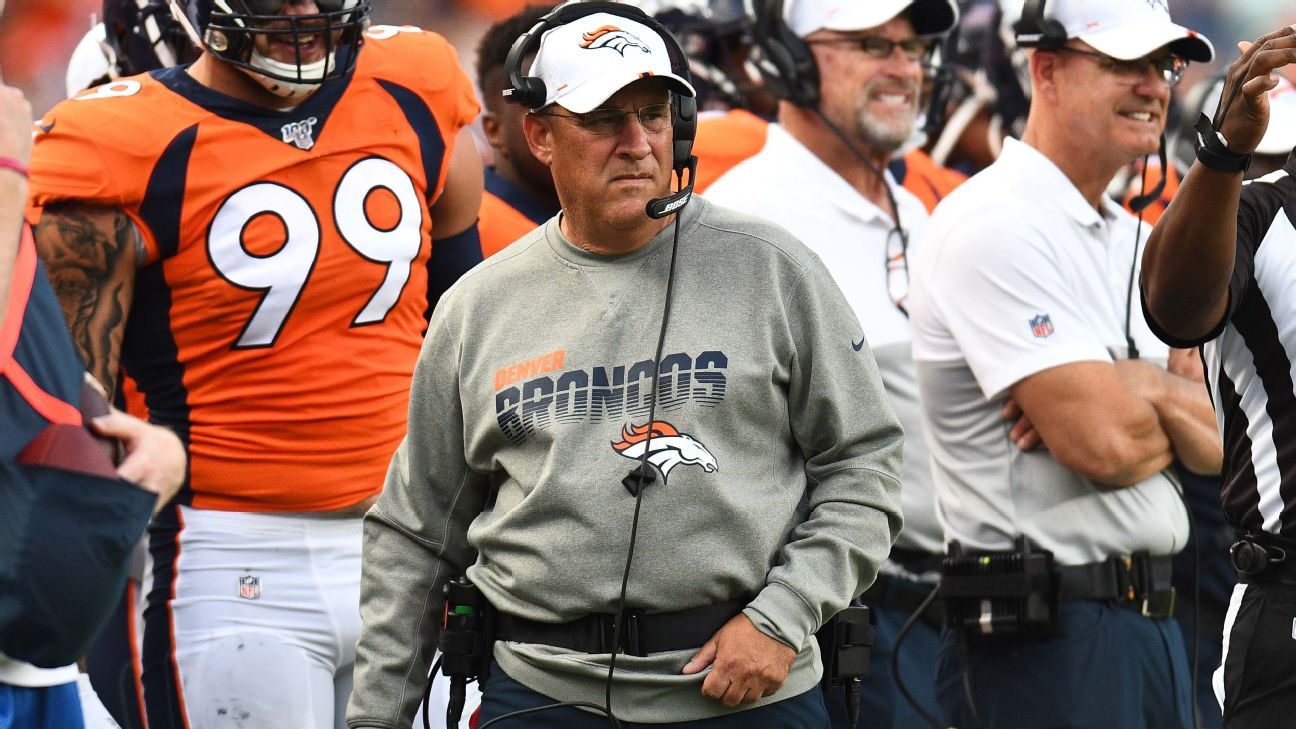 Denver Broncos coach Vic Fangio said Wednesday his remarks about racism and discrimination in the NFL were “wrong” and he apologized, saying in a statement, “I should have been more clear and I am sorry.”

Fangio, now in his second season with the Broncos, issued a statement early this afternoon:

“After reflecting on my comments yesterday and listening to the players this morning I realize what I said regarding racism and discrimination in the NFL was wrong. While I have never personally experienced those terrible things first-hand during my 33 years in the NFL, I understand, many players, coaches and staff have different perspectives.

“I should have been more clear and I am sorry.

“I wanted to make the point yesterday that there is no color within the locker rooms I have been in or on the playing fields I have coached on. Unfortunately, we don’t live or work only within those confines. Outside of those lines — both in the NFL and in society — there is a lot of work to be done in the areas of diversity and providing opportunities across the board for minorities.

“As the head coach, I look forward to listening to the players — both individually and collectively — to support them and work hand-in-hand to create meaningful change.”

Fangio held a 16-minute session with local media Tuesday that covered a variety of topics, including his outrage at George Floyd’s death in police custody and his support for his players’ involvement in social justice protests. He singled out safety Justin Simmons as a “great person, a great leader” and quarterback Drew Lock‘s offseason progress.

But Fangio was also asked a question about whether, in more than three decades in the NFL, he thought players’ activism had increased given current events.

To that his answer included: “I think our problems in the NFL along those lines are minimal. We’re a league of meritocracy — you earn what you get, you get what you earn. I don’t see racism at all in the NFL, I don’t see discrimination in the NFL — we all live together, joined as one, for one common goal, and we all intermingle and mix tremendously.”

Fangio has publicly supported the Rooney Rule in the past, a strategy designed to help increase the number of minority candidates interviewed for head coaching jobs. The league is trying to expand the rule’s scope, but his “no racism” and “no discrimination” comments did draw reaction both Tuesday night and Wednesday morning.

Fangio spoke to the Broncos’ players Wednesday and many with the team said the give and take was honest and helpful.

On Tuesday, Fangio also said he supported the idea of the team’s players participating in local demonstrations.

“I think peaceful, constructive protests are good, if they feel like they need to play a part in that, I’m all for it,” he said.

On Simmons, specifically, he had said: “I thought it was great, Justin is a great person, a great leader, got his head screwed on correctly, he sees the problems and how they need to be solved. He’s searching for solutions and it’s easy for everybody to identify the problems … we need to search for solutions and I think Justin is one of those guys who will find solutions.”

Broncos CEO Joe Ellis had a virtual meeting with players and coaches Tuesday about what the team could do, and what the players wanted to do, moving forward in social justice initiatives.

Brie & Nikki Bella Urge the Importance of Speaking Out Against Racism: “We All Have to Step Up Now”

Knicks prez wants to have coach by end of July

Big wins, Brady’s struggles, and ‘the bit’: Three weeks inside The Patriot Way

Down to his last ball, how Tiger avoided disaster and still won the 2000 U.S. Open by 15