SOWORE INTERVIEWED BY REGINA ASKIA (#Office of the Citizen)

Why You’ll Want to “Binge the Hell” Out of…

Nashville out of MLS Is Back after positive tests

Nashville pull out of MLS Is Back tournament 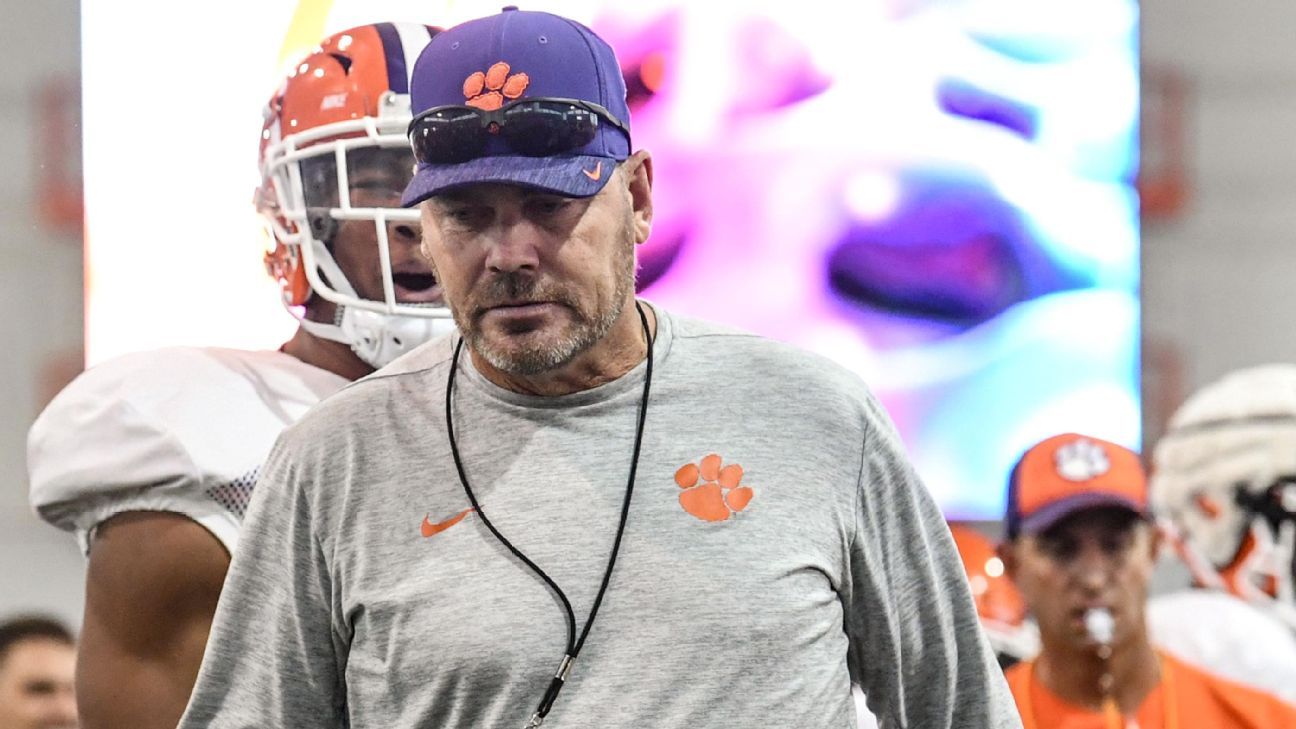 Clemson assistant coach Danny Pearman apologized Tuesday after word spread on social media of an incident in which he used a racial slur during a practice in 2017.

After several former Clemson players noted the incident Tuesday on Twitter, former tight end D.J. Greenlee confirmed an account to The State newspaper in which Pearman, the tight ends and special teams coach, overheard players use the term and repeated it himself.

“It was just a heated argument during practice, basically. Me and the coach got into it and I was speaking with one of my teammates. He heard me use the n-word basically, and basically tried to correct me by saying the n-word back,” Greenlee told The State.

Pearman, who coached with Dabo Swinney at Alabama before joining the Clemson staff in December 2008, offered an apology in a statement from the school after Greenlee confirmed the incident.

Pearman said the word was not directed at Greenlee, an account the former player confirmed in his interview with The State, noting that Pearman “wasn’t saying that I was a n-word.”

The incident was first raised on Twitter by former walk-on receiver Kenyton Tuttle, who responded to a Clemson athletics tweet calling for solidarity with a recollection of the event and the lack of consequences for Pearman.

“You allowed a coach to call a player the N-word during practice with no repercussions,” Tuttle tweeted. “Not even a team apology. When we had the sit-in in front of sikes you suggested us players try to stay out of it to limit distractions. Stop protecting your brand, take a stand.”

Cap, you allowed a coach to call a player the N-word during practice with no repercussions. Not even a team apology. When we had the sit-in in front of sikes you suggested us players try to stay out of it to limit distractions. Stop protecting your brand, take a stand https://t.co/7gznXmyniI

Pearman and Greenlee both said Pearman apologized after discussing the incident with Swinney.

As protests surrounding racial injustice and police brutality have spread across the country in response to the death of George Floyd on May 25 in Minneapolis, Swinney has come under fire for comments he made in 2016 in which he suggested some players who kneel during the national anthem “need to move to another country.”

During a teleconference Monday, Swinney made his first public comments on the current protests and walked back his previous remarks, saying they were “probably harsh” while noting that his faith provides his compass.

When pressed for ways he might enact change outside of football, however, Swinney demurred.

“The best thing is to use our platform in a positive way and be an example,” Swinney said. “We are a football team, and you know, the best thing that we can do is be able to — for people to be able to point to our team and see, hopefully, what the world wants to see, people who love and respect each other.”

Cyclone intensifies as it approaches Mumbai