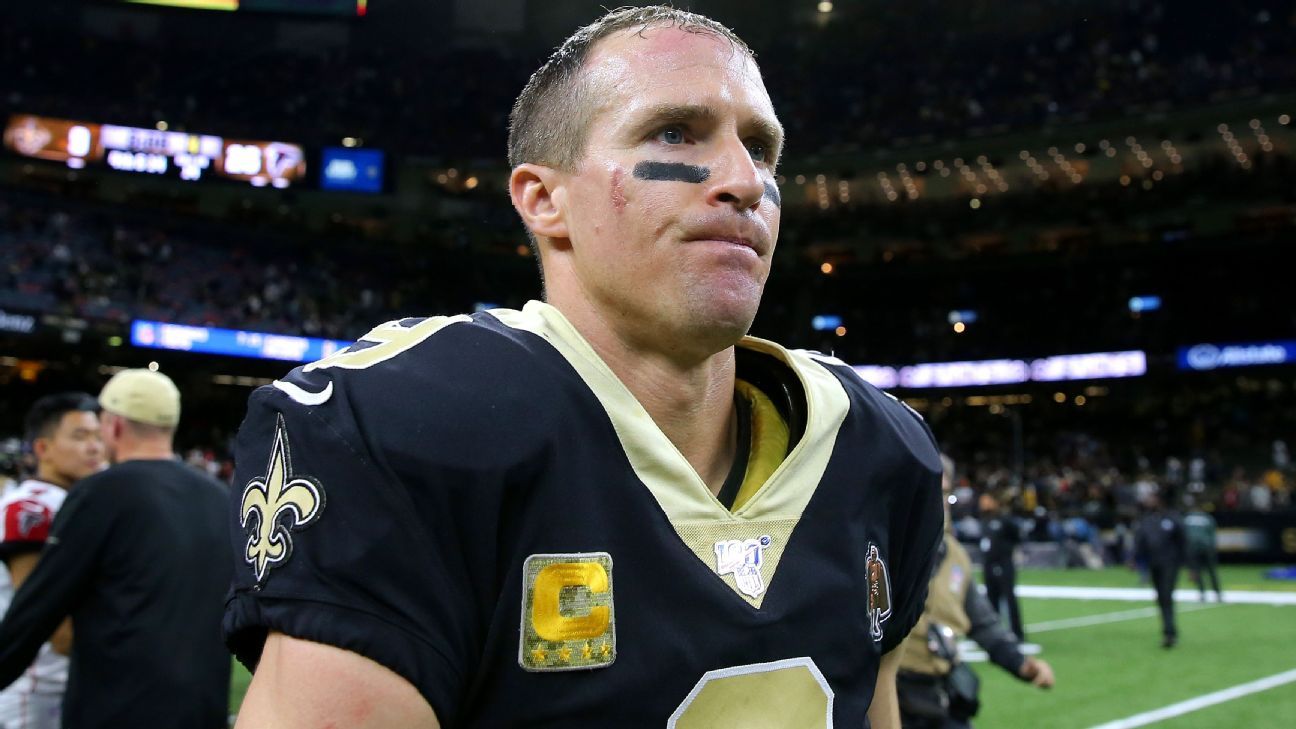 New Orleans Saints quarterback Drew Brees attracted backlash Wednesday from across the sports world, including from a teammate, when he reiterated his stance that he will “never agree with anybody disrespecting the flag of the United States of America” during an interview with Yahoo Finance.

An emotional Malcolm Jenkins, in a video that has since been deleted from social media, said that he was “hurt” by Brees’ comments and that they were “extremely self-centered.” The Yahoo interview featured Brees’ first comments in the wake of George Floyd’s death last week.

“Our communities are under siege, and we need help,” Jenkins said in one of the videos on Instagram. “And what you’re telling us is don’t ask for help that way. Ask for it a different way. I can’t listen to it when you ask that way. We’re done asking, Drew. And people who share your sentiments, who express those and push them throughout the world, the airwaves, are the problem.

“And it’s unfortunate because I considered you a friend. I looked up to you. You’re somebody who I had a great deal of respect for. But sometimes you should shut the f— up.”

Jenkins, a safety who agreed to a four-year deal with the Saints in March, later clarified his decision to take down the initial video.

“I recorded a few videos when thinking of how to respond to Drew Brees, I don’t take any of it back-I meant what I said-I removed the 1st video because I knew it be more about the headlines,” he wrote. “I want people to understand how those of us struggling with what’s going on feel.”

Jenkins, who appeared on CNN on Wednesday, was not alone in sharing his thoughts. Brees’ remarks on the flag drew a sharp rebuke on social media from Green Bay Packers quarterback Aaron Rodgers and San Francisco 49ers cornerback Richard Sherman, among other NFL players, as well as from Los Angeles Lakers star LeBron James.

Rodgers also posted on Instagram, with a photo of himself and his teammates locking arms during the national anthem, writing, “A few years ago we were criticized for locking arms in solidarity before the game. It has NEVER been about an anthem or a flag. Not then. Not now. Listen with an open heart, let’s educate ourselves, and then turn word and thought into action.”

Sherman took to Twitter on Wednesday afternoon, saying that Brees is “beyond lost.”

“Guarantee you there were black men fighting along side your grandfather but this doesn’t seem to be about that,” Sherman wrote. “That uncomfortable conversation you are trying to avoid by injecting military into a conversation about brutality and equality is part of the problem.”

Stephen Jackson, a friend of Floyd’s who has become a vocal leader for the black community in the days since Floyd’s death, blasted Brees in a video posted to Instagram.

Jackson also applauded Saints wide receiver Michael Thomas, who appeared to take a shot at his quarterback on Twitter.

“Y’all got to check y’all teammates. Michael Thomas, I salute you bruh,” Jackson said. “F— Drew Brees. Way to check his ass. If you ain’t down with us, you on the other side.”

Brees gave a lengthy response to ESPN when asked about the perceived conflict between his stances, including a potential divide in his locker room, where players such as Jenkins and Demario Davis are among the leaders of the players’ coalition seeking social justice and racial equality.

“I love and respect my teammates, and I stand right there with them in regard to fighting for racial equality and justice,” Brees said. “I also stand with my grandfathers, who risked their lives for this country, and countless other military men and women who do it on a daily basis.”

How can you be in the locker rooms, speaking to the players, know the reasoning, and yet still be dumb enough to believe it’s about the flag. Like HOW???? He should know better than that. He just doesn’t care. Damn man not Drew…

Former Detroit Lions defensive tackle Damon Harrison, who is still a free agent as the season nears, said on Twitter that a veteran of Brees’ caliber should have known better.

“How can you be in the locker rooms, speaking to the players, know the reasoning, and yet still be dumb enough to believe it’s about the flag,” he wrote. “Like HOW???? He should know better than that. He just doesn’t care. Damn man not Drew …”

Pro Football Hall of Fame defensive back and New Orleans native Ed Reed also went after Brees on social media late Wednesday. “I see Drew Brees trying to do his part in keeping black folk down,” Reed said in a video posted to Instagram. “You a straight sucka for that s— Drew Brees … And for all my Saints fans, for all my New Orleans people who still like your a– just because they want to win games, y’all right with him.”

WOW MAN!! 🤦🏾‍♂️. Is it still surprising at this point. Sure isn’t! You literally still don’t understand why Kap was kneeling on one knee?? Has absolute nothing to do with the disrespect of 🇺🇸 and our soldiers(men and women) who keep our land free. My father-in-law was one of those https://t.co/pvUWPmh4s8

men who fought as well for this country. I asked him question about it and thank him all the time for his commitement. He never found Kap peaceful protest offensive because he and I both know what’s right is right and what’s wrong is wrong! God bless you. 🙏🏾✊🏾👑

James responded on Twitter earlier in the day, saying that kneeling during the national anthem has “nothing to do with the disrespect of [the United States flag] and our soldiers.”

In addition to critical responses to Brees’ statements appearing on social media, NOLA.com showed video of a brief “F— Drew Brees!” chant breaking out during a peaceful protest in New Orleans on Wednesday night.

Behind the Bracket: Virginia has inside track to … No. 4