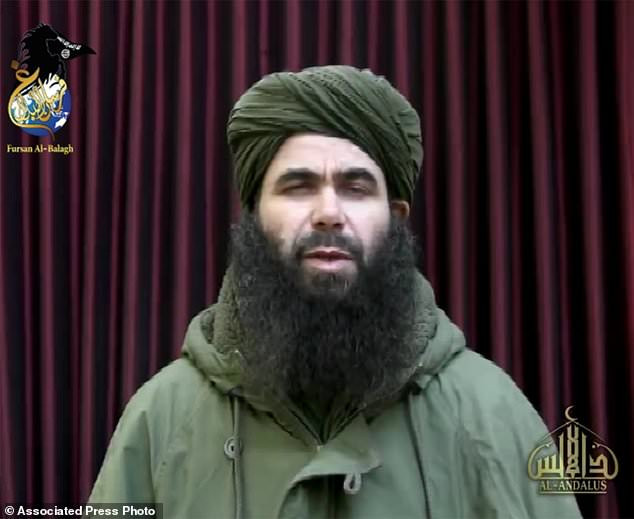 The leader of Al-Qaeda’s north Africa affiliate in the Islamic Maghreb has been killed in a French military operation following a seven-year hunt.

Abdelmalek Droukdel and members of his inner circle of the terrorist group were killed on Wednesday during an operation in Mali, where thousands of French troops have been deployed to battle the jihadist groups in the area.

She also confirmed that a senior Islamic State (IS) group commander, Mohamed el Mrabat was also captured in an operation back in May

“On June 3, French army forces with the support of their local partners, killed al Qaeda in the Islamic Maghreb’s emir, Abdelmalek Droukdel, and several of his closest collaborators, during an operation in northern Mali,”

A senior Islamic State (IS) group commander was also captured in an operation in May, Parly said.

“Our forces, in cooperation with their local partners … will continue to track these (people) down without respite,” she added.

Droukdel was believed to be hiding in the mountains of northern Algeria.

The AQIM group who have made millions of dollars abducting foreigners for ransom over the years operates across northern Mali, Niger, Mauritania, and Algeria.

According to the UN, Droukdel was an explosives expert and manufactured devices that killed hundreds of civilians in attacks on public places. He was sentenced to death in Algeria in 2013 for his involvement in the bombings of a government building and offices of the UN’s refugee committee in Algiers that killed 26 people and wounded 177.

My Daughter’s Death Still Feels Like A Terrible Dream To Us, Father Of Teenager Raped, Murdered In Ibadan Says