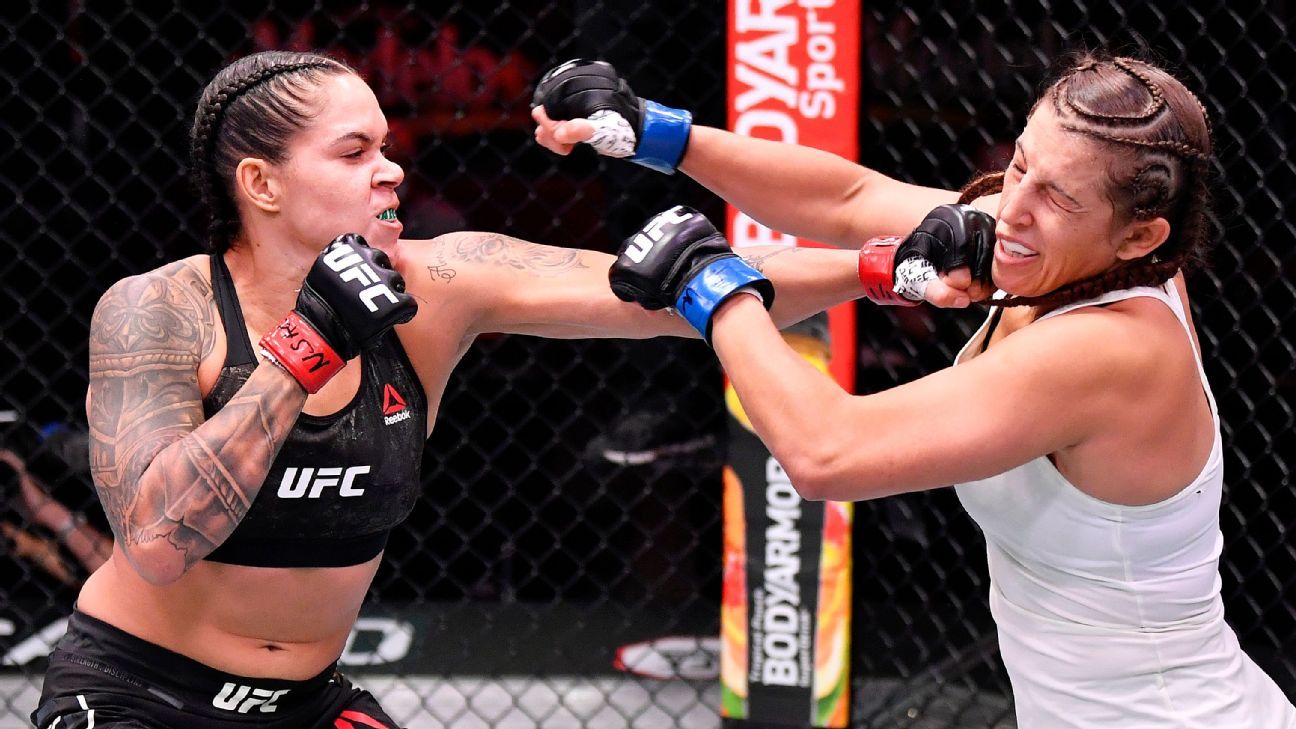 Amanda Nunes dominated Felicia Spencer from start to finish to defend her UFC women’s featherweight title by unanimous decision Saturday night in the main event of UFC 250 at the Apex facility in Las Vegas.

Nunes (20-4), ranked as ESPN’s No. 1 pound-for-pound women’s MMA fighter in the world, made her first defense at 145 pounds; she also is the UFC’s women’s bantamweight champion. She won her 11th straight fight.

Spencer (8-2) entered as the UFC’s top women’s featherweight contender. She was coming off a first-round TKO win over Zarah Fairn Dos Santos in February.

Nunes asserted her superiority right away, connecting with several big right hands early in Round 1. Spencer absorbed the shots well and kept coming forward. She tried for a takedown against the cage, but Nunes reversed position and slammed her to the ground. Nunes opened up a cut below Spencer’s right eye with a hard elbow from top position and finished a dominant Round 1 with an 18-1 advantage in significant strikes.

With Spencer staying away in striking range, Nunes began to wing big overhand rights and mixed in leg kicks and even a spinning elbow in Round 2.

Spencer was game, but never really posed a threat to Nunes with her offense. By Round 4, her movement was visibly affected by Nunes’ hard leg kicks. Nunes landed another big right hand toward the end of the fourth and went in for the finish, taking Spencer to the ground and threatening a rear-naked choke before the round ended.

There was massive swelling on Spencer’s head as she went out for the final round. A weary Spencer shot in for a takedown in the final minute, but Nunes stuffed it before ending up on top and doing damage with more strikes.

Referee Herb Dean paused the fight with 53 seconds left to have the cageside doctor examine Spencer’s cuts. The fight continued, and Nunes didn’t slow down her attack. She landed a hard combination against the cage and slammed Spencer down again.

After the final horn sounded, Nunes screamed in celebration.

George Floyd: How protesters are keeping up the momentum in Washington DC

In filing, McMahon claims Luck fired ‘for cause’