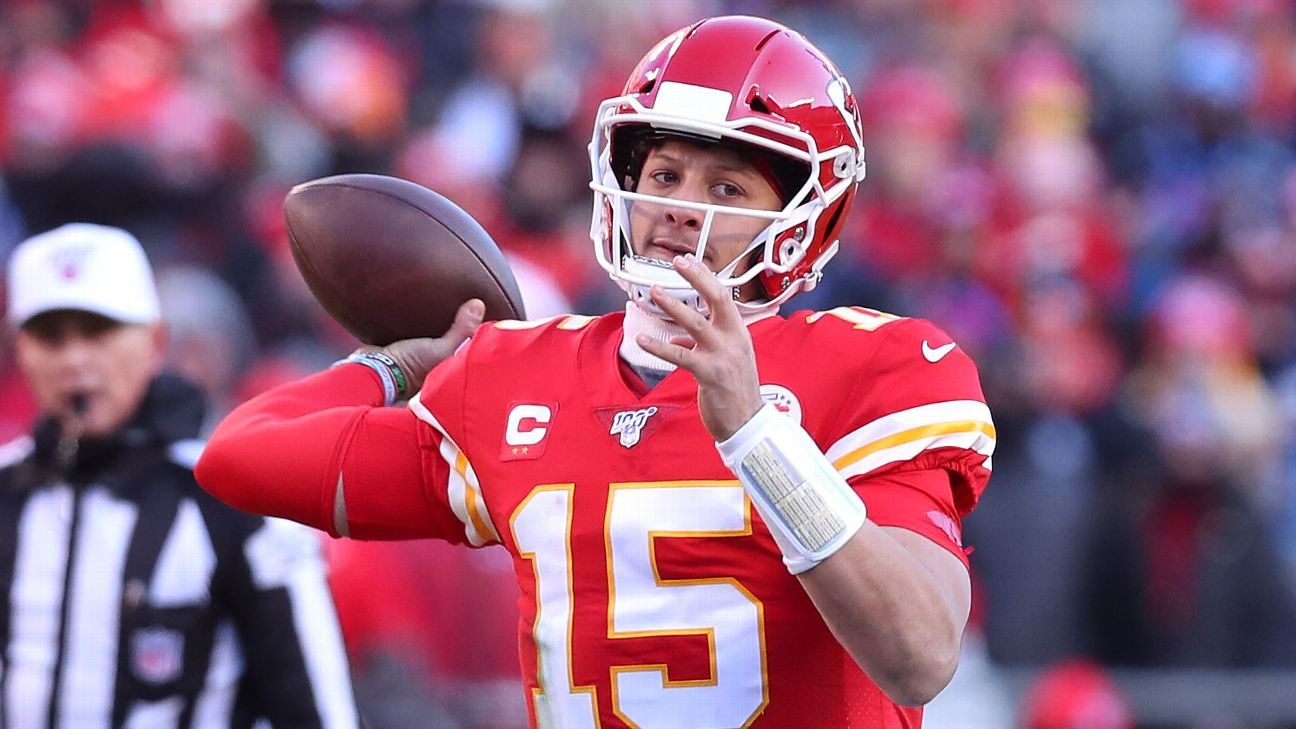 Patrick Mahomes said his decision to become involved in the Black Lives Matter movement started to solidify with the video of George Floyd dying while a Minneapolis police officer kneeled on him.

“I can’t watch the entire George Floyd video through and through,” the Kansas City Chiefs quarterback said. “I’ve watched it in parts but it hurts me too much to my soul to see him and feel like I can’t help.

Mahomes last week issued a statement saying, in part, “I hope our country can learn from the injustices that we have witnessed to become more like the locker room where everyone is accepted. We all need to treat each other like brothers and sisters, and become something better.”

Mahomes also participated — along with other NFL players, including Chiefs defensive back Tyrann Mathieu — in a video message to the league about racial inequality.

“I believe that stuff needed to be said,” Mahomes said. “We needed to come together as a group, as players, and show that we believe that black lives matter and that … we need to be the role models and go out there and take that step. It was great to find the support that we have gotten from the Chiefs, from Coach [Andy] Reid, from [chairman] Clark Hunt, [president] Mark Donovan. I’ve talked to Roger Goodell and he has shown his support to us.”

Since then, Mahomes and Mathieu are leading a group of Chiefs trying to affect change. One way is by promoting a voter registration program in Kansas City.

“We’re going to try to find the best way to give money or support or whatever it is to get as many people registered to vote and so they can go and try to affect change in whatever way they feel possible,” Mahomes said.

Said Mathieu: “If we’re able to really impact voter registration, if we’re able to really give those people a voice and really allow those people to go into those communities and select their leaders, that’s going to be very, very important going forward I think if you want to change anything. You’re going to have to educate people on what it is they have to do to change things. A lot of times it’s more than protesting.

Reid said the Chiefs supported the players’ efforts and appreciated that his team had a couple of the prominent voices in the player movement.

“I appreciate Patrick and Tyrann for standing up and making a statement that allows all of us to be in a better place, where love is first,” Reid said.

Reid said he hasn’t spoken with any players about whether they would kneel during the national anthem before games. He said he knew fans would be “counting heads” but added, “this isn’t about kneeling. This is about progress. … This is bigger than that. This is more important than that.”

Mahomes was noncommittal about his plans.

“It’s not about who kneels and who doesn’t kneel,” he said. “It’s about having the right to peacefully protest and to recognize that social injustices are happening and racial inequity does happen every single day. I just want the community to be somewhere where everybody, including black people, can feel like they can go into the community and be safe. Whatever way that is, whatever actions we can take to do that, it’s all about doing that as quickly as possible.”

2020 MLB draft tracker: Analysis and highlights of every first-round pick

Week 9 NFL takeaways: What’s wrong with the Bears and Jets?