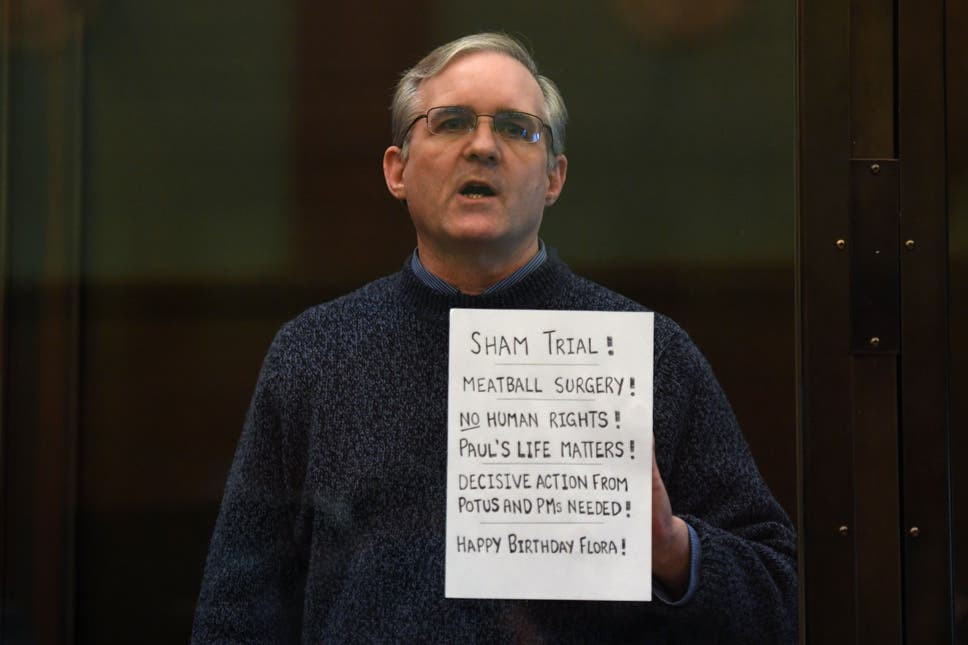 A Russian court sentenced a former American marine on Monday to sixteen years of hard labour on spying charges in Russia.

Paul Whelan, who holds U.S., British, Canadian, and Irish passports, was arrested in December 2018 in a hotel room in Moscow with a USB flash drive which security officers say contained state secrets.

He was reportedly getting ready for a wedding when an old friend turned up unexpectedly. Moments later, security officers showed up in his room and arrested him for receiving state secrets.

He was accused of espionage, a charge he denies, and says he was set-up by a Russian security services agent he had believed was a friend.

On Monday, just before the verdict was handed, Whelan dismissed his trial as a “political charade” and denounced the closed trial as a “sham”

According to him, he had fallen victim to a “political hostage-taking.”

His defense said they would appeal the decision within 10 days, according to Russian news agency, Interfax.

The US ambassador to Moscow, John Sullivan, condemned the trial as unfair and lacking transparency, and said the conviction would harm Russia-US relations.

“This secret trial in which no evidence was produced is an egregious violation of human rights and international legal norms,” an embassy spokeswoman said.

After Monday’s verdict, his family in a statement said the Russian legal system had been “found guilty of injustice.”

“The court’s decision merely completes the final piece of this broken judicial process. We had hoped that the court might show some independence but, in the end, Russian judges are political, not legal, entities,” the statement said.

Saudi Arabia bars international pilgrims for Hajj due to Coronavirus