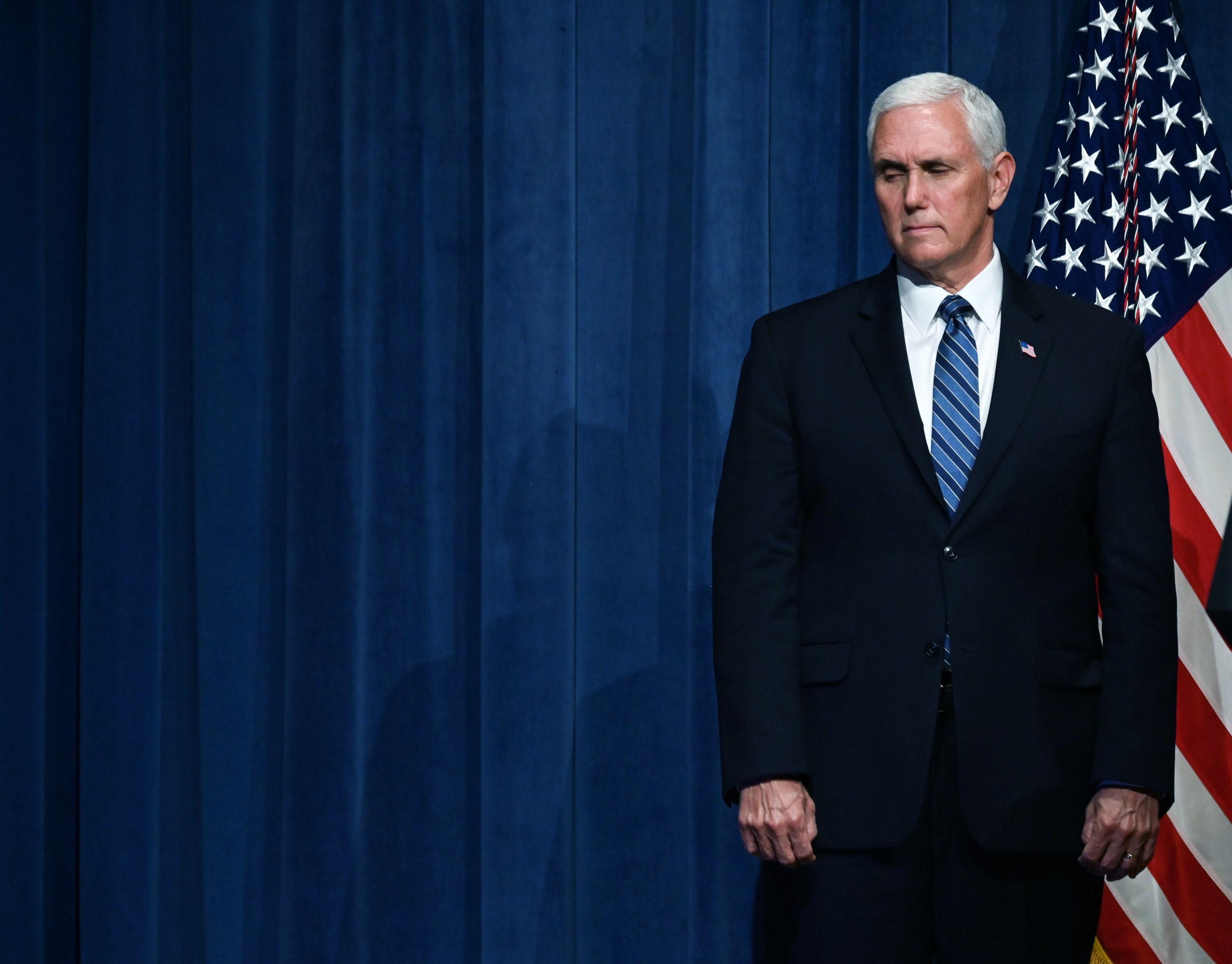 WASHINGTON, D.C. (The Borowitz Report)—Mike Pence’s turbulent relationship with “Hamilton” continued over the weekend, as he walked out of the Broadway show in his own living room.

Pence, who walked out after the Tony Award–winning musical in 2016, when the cast tried to address him, told reporters that he tuned in to the streaming version of “Hamilton” on July 4th specifically to walk out of it once more.

“I wanted to send the cast of ‘Hamilton’ a strong message,” Pence said. “The minute it began, I turned to my wife and said, ‘Mother, I’m out.’ ”

He immediately followed through on his threat, leaving Mrs. Pence alone in their living room for the next two and a half hours as she watched “Hamilton” in its entirety.

Pence dismissed reporters’ questions about the limited impact of his gesture, since the cast of “Hamilton” was unable to see him get up from his couch and leave in a huff.

“President Trump told me to walk out of my living room, and I am grateful for the opportunity to obey him,” Pence said, adding that he intends to walk out of “Hamilton” again tonight.

How to Guilt People Into Wearing a Face Mask

For the Person Who’s Fixing My Laptop