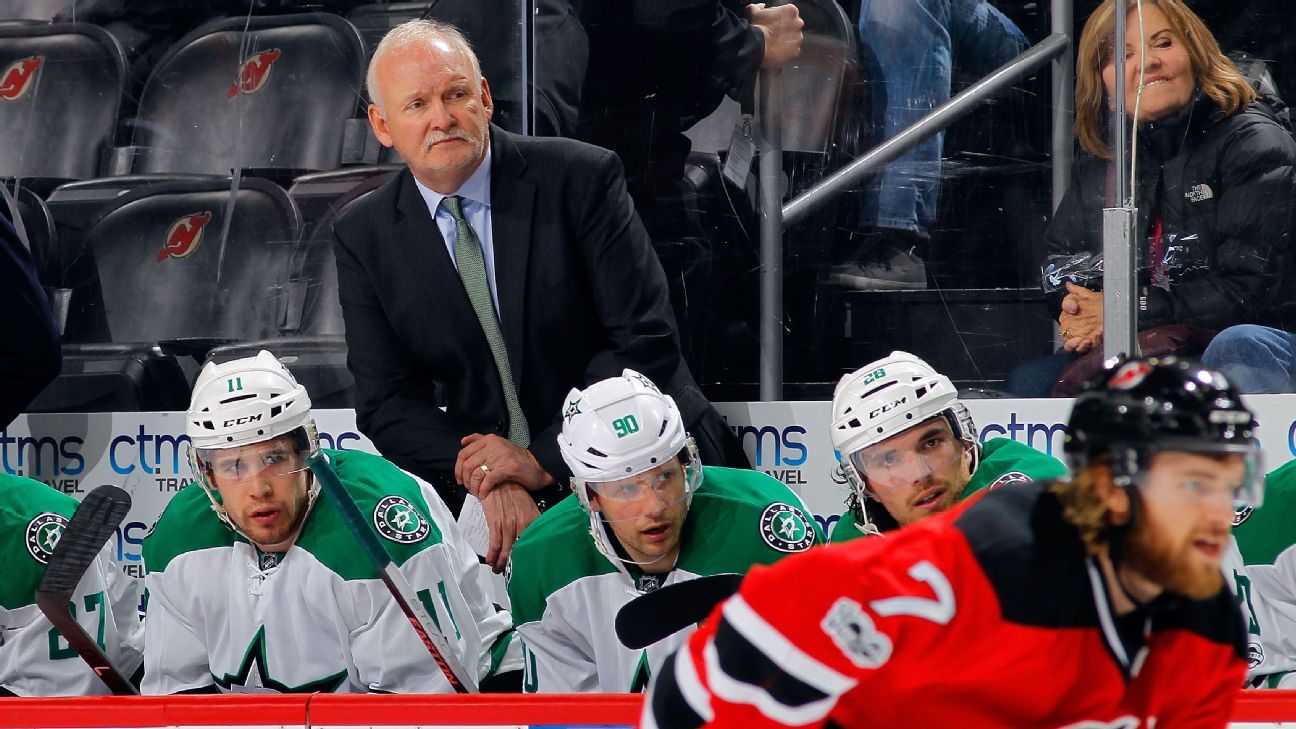 The New Jersey Devils are hiring veteran coach Lindy Ruff to take over one of the NHL’s youngest teams and removing the interim tag off Tom Fitzgerald‘s title as general manager, according to multiple reports.

The Devils have scheduled a 1 p.m. ET conference call.

NHL Network was first to report the Devils’ plans to hire the New York Rangers assistant coach on Wednesday night.

Ruff would replace interim coach Alain Nasreddine, who guided the team to a 19-16-8 record after John Hynes was fired on Dec. 3. Fitzgerald had served as interim general manager since Ray Shero was fired on Jan. 12.

The Devils posted a 28-29-12 overall record, missing the playoffs for the seventh time in eight years. Their season was halted by the coronavirus pandemic in early March and they were not among the 24 teams chosen to compete for the Stanley Cup when NHL play resumes.

A former defenseman, Ruff played in 691 NHL regular-season games and had 105 goals and 195 assists. He also appeared in 52 playoff games.

Information from The Associated Press was used in this report.

Tiger to return to action next week at Memorial

Olney: What to love, loathe, look forward to and fear about MLB in 2020 and beyond