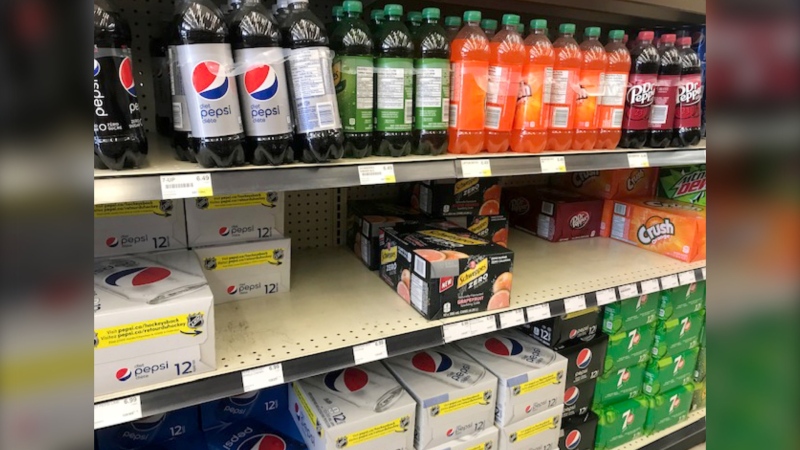 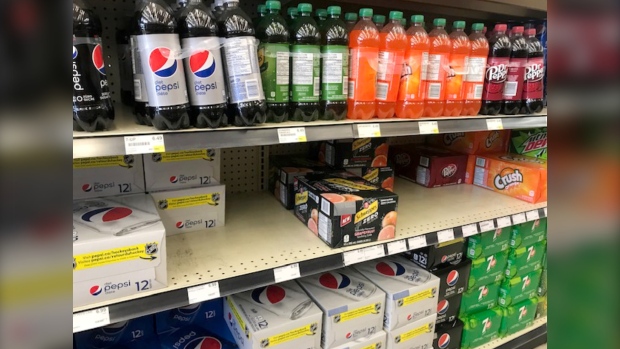 CALGARY — Looking for a White Claw Hard Seltzer? How about a can of Mike’s Hard Blue Freeze? Or a 24-pack of Molson Coors Black Ice?

They aren’t available at DJ Liquor Store in the Mayland Heights neighbourhood in northeast Calgary and on many other store shelves across the country.

At Family Foods in the same plaza located on 19th Street N.E., the store’s manager said for weeks now, she’s only been able to order the top five or six products from some big brands.

The reason? A shortage of aluminum cans.

The shortage started in early March thanks to coronavirus and changing consumer habits, with a boom in beverages being consumed at home.

“We are now shopping for more aluminum packaged material and this has significantly hit the beer industry for sure,” said Bhatti.

“We are now consuming about 90 to 95 per cent by tin cans and only four to five per cent by tap or in the bar and that has put a significant pressure on the aluminum can manufacturing sector.”

Bhatti said about two billion aluminum cans come into Canada from the U.S. each year.

Currently some of that supply is not being permitted to cross the border and U.S. manufacturers are holding most of the cans for themselves.

“Even if 10 per cent of those cans are restricted, we face a huge problem,” said Bhatti. “We thought we could manage this but now we realize with interesting neighbours on the other side of the border we cannot manage it and we have to look for other sources of suppliers outside the United States.”

Bhatti said using suppliers from Europe of Asia for example, would result in delayed shipments and potentially higher prices for consumers.

He said supply shortages of products at grocery and liquor stores will likely continue through the summer and likely until early October.

Bhatti said there is one more factor that will impact supply, there isn’t enough carbon dioxide needed for aerated drinks.

“The shortage of carbon dioxide is already happening, it’s not being discussed as aluminum cans is, but you will see that effect very soon,” said Bhatti.

12 athletes who changed their look during the sports shutdown

Stocks rise on hope that worst of economic plunge has passed