#RevolutionNow State of Schools In Nigeria & Why Youths…

Bayelsa Community Appeals To Government For Help As Landslide,…

Francisco Lindor’s uncertain future with the Indians — and… 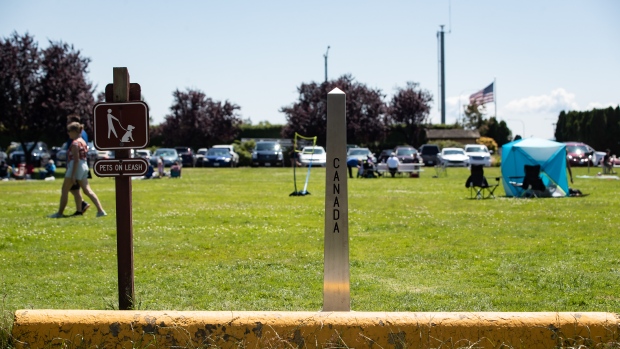 FREDERICTON — The COVID-19 pandemic has put cross-border shopping trips and vacations on hold since March, and many American businesses along the border say they miss both the revenue and the familiar Canadian faces.

Bill Kilby, manager of Hardwick’s Country Store in Calais, Maine, has seen a dramatic 90 per cent loss in revenue and had to lay off 10 employees.

“I would buy $1,500 wholesale of milk a week from two different dairies, and now I’m lucky to squeeze out a $100 order every two weeks,” Kilby said in a recent interview.

“Our customers are 90 per cent Canadian, and the numbers are showing that out to be true,” he said.

His businesses are located just metres away from the border crossing with St. Stephen, N.B.

Kilby said that after 37 years on the job he has come to know customers by name, along with their children and grandchildren.

He said many families straddle the international border, and the pandemic restrictions are keeping them apart.

“Here most people are half-Canadian or half-American and have family members on both sides of the border. That’s why we get along so well,” he said.

Torres said while no businesses in her community of Houlton, west of Woodstock, N.B., have been forced to close, grocery stores and gas stations are suffering.

Restrictions on non-essential travel across the Canada-U.S. border have been in place since March 21 due to COVID-19

Businesses in upper New York State are also feeling the loss of Canadians from Quebec and Ontario who cross the border to shop and vacation.

“We depend on our friends and neighbours to the north a lot,” said Billy Jones, member of the New York State Assembly for the area that includes Plattsburgh, N.Y.

“I’ve talked to some campground owners that are at 10 per cent capacity. Close to 90 per cent would be Canadians who come down here,” Jones said. “A lot of people from Canada have second homes here, and camps along our lakes.”

Jones said there are many businesses in his area that have yet to reopen, but those that have are feeling the absence of Canadians.

For Dottie Gallagher, president and CEO of the Buffalo-Niagara Partnership –a regional chamber of commerce for the Buffalo area — many of the complaints she’s hearing are from Americans who want to travel to Canada.

“We have a lot of Americans who own property in Canada, that do business in Canada and have friends in Canada. The uncertainty about not being able to cross has been troubling to us,” she said.

Gallagher said much of the Canadian traffic in her area is for Sabres hockey and Bills football games. With local matches on hold, even the American fans who used to head to Buffalo are no longer coming.

She worries that if the border remains closed much longer, Canadians who often visited the United States will find other places to go.

“We are disrupting people’s habits so greatly that they are going to form new habits,” she said. “Those new habits for Canadians are probably going to mean fewer trips to the U.S. I do worry about the long-term impacts.”

The border is currently closed until Aug. 21 for all but essential travel.

“The public sentiment towards Americans has become so negative, and I do think it will be a long time before the border is fully reopened,” Gallagher said. “That just makes me really sad.”

This report by The Canadian Press was first published Aug. 3, 2020.

Pattie Lovett-Reid: It’s not all bad news, here’s some of the good