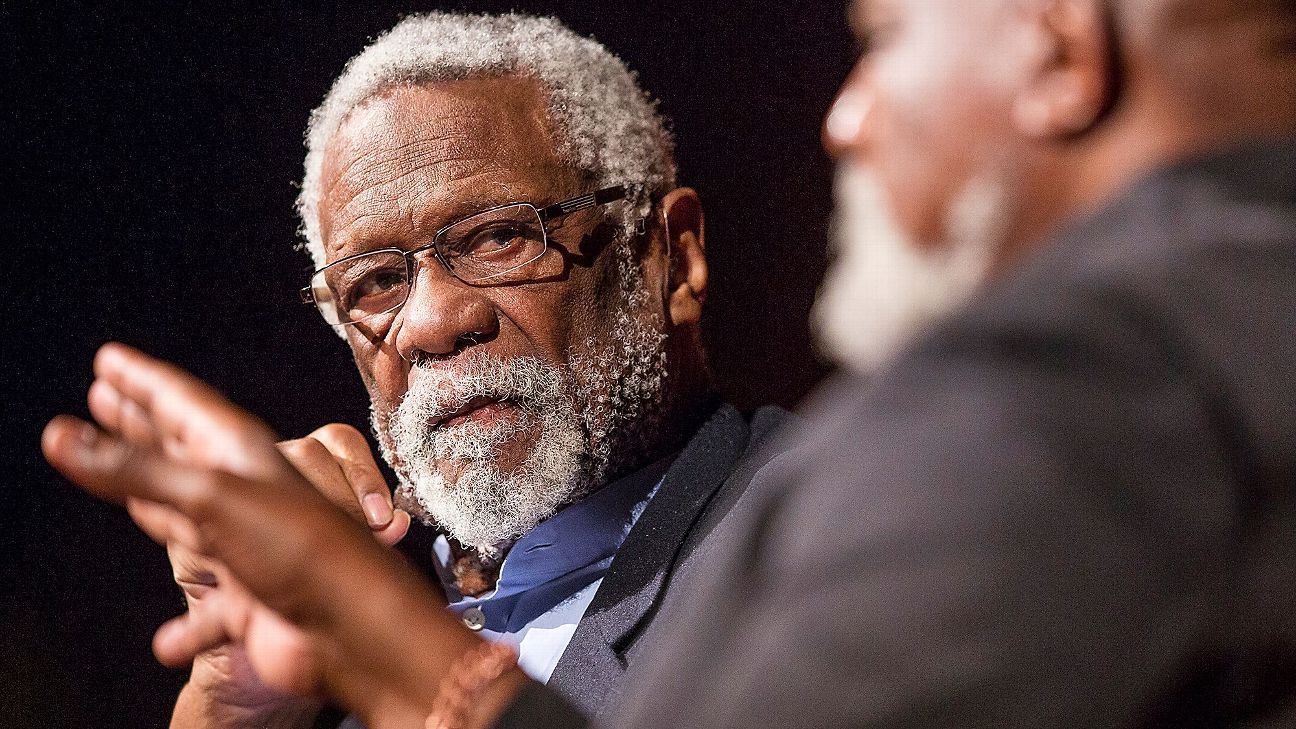 Bill Russell, the 11-time NBA champion with the Boston Celtics, has endorsed a measure that will make the West Coast Conference the first Division I league to require all schools to include a minority finalist for job openings in athletics, the league announced Monday.

Backed by Gloria Nevarez, the first Latinx Division I commissioner, and unanimously approved by the league’s 10 presidents, “The Russell Rule” is the hallmark of the conference’s equity, diversity and inclusion platform. Per the new rule, finalists for any opening for an athletic director, senior administrator, head coach or full-time assistant coach within the league must include a member of a “traditionally underrepresented community.”

“It is my hope the West Coast Conference initiative will encourage other leagues and schools to make similar commitments,” said Russell, who led WCC member San Francisco to a pair of national titles in 1955 and 1956, in the league’s release. “We need to be intentional if we’re going to make real change for people of color in leadership positions in college athletics. I’m proud to assist the WCC and Commissioner Nevarez by endorsing this most important initiative.”

The “We are Committed to Change (WCC)” initiatives also include anti-racism education, the expansion of the league’s equity, diversity and inclusion committee, a video message on inclusion that will air before WCC games and a civic engagement pledge.

Dr. Richard Lapchick, who creates report cards on hiring practices, will generate a public report about the WCC each year to see whether it is complying with the new initiatives.

“We are committed to meaningful, lasting change as we take these impactful steps to combat racial inequality and social injustice,” Nevarez said in a statement. “I am honored to represent our membership and am grateful for the significant work of our Equity, Diversity and Inclusion Committee. Bill Russell is not only one of the greatest basketball players the game has ever witnessed, he is a champion for change as a pioneer for social activism. It is with great distinction that we institute this hiring commitment that recognizes his legacy in the WCC, the sport of basketball and for racial justice in our country. The diversity of our student-athlete populations at each campus should be reflected in those that lead and mentor. The antiracism webinar was an important first step in fostering dialogue to ensure we are providing our student-athletes a holistic and inclusive education during their time at WCC institutions.”

Before her hiring in 2018, Nevarez had spent eight years with the Pac-12, where she was a senior associate commissioner. She said the Russell Rule is personal to her because she aims to remove some of the obstacles she has faced as a minority climbing the ladder in athletic administration.

Nevarez said she got emotional when she considered the historic moment, which was sculpted by a woman who is a member of the underrepresented groups she intends to help. She also said the league’s makeup of private, faith-based colleges proves the measures can be replicated elsewhere if there is support.

Nevarez said the killing of George Floyd accelerated some of the league’s ongoing plans to promote diversity. Since 2018, Crystal Hogan has been the only female referee in Division I men’s basketball. Right now, 40% of the league’s men’s basketball coaches are African American. Nevarez created the equity, diversity and inclusion committee last year. As part of the league’s new initiatives, it will recognize Juneteenth each year.

“I’m particularly passionate about it,” Nevarez said. “I also realize the national temperature right now is a window we can’t miss.”

In the past, the NCAA has said it does not have the power to compel its members to implement hiring measures comparable to the NFL’s Rooney Rule.

“Legally, the NCAA can’t adopt such a rule,” the association explains in a statement on its website about the lack of minority football coaches. “The NFL is a for-profit business that is legally able to draft and enforce such policies. In contrast, the NCAA is a non-profit and voluntary member association which can’t influence individual campus hiring practices.”

Pepperdine coach Lorenzo Romar, one of four black head coaches in WCC men’s basketball, said the new hiring initiative will help more minority candidates get in front of people who have the power to make hiring decisions.

James Harris, president of San Diego University, said Nevarez’s leadership fueled the league’s commitment to diversifying its hiring pool in athletics. He said the conference wants its set of initiatives to create a blueprint for other leagues.

“We felt that the spirit and values of this conference have been here for some time,” he said. “We want to set an example for other conferences.”

But Nevarez also wanted accountability. Lapchick, the head of The Institute for Diversity and Ethics in Sport and the author of the annual report cards on the hiring practices in professional and collegiate sports, will generate an annual Russell Rule report card to ensure the league’s members are complying with the initiatives.

In his most recent general report card, released in June, Lapchick gave collegiate sports a C-plus for its hiring practices according to gender and race.

“I am very appreciative of the leadership of Commissioner Gloria Nevarez, who got the approval of the conference presidents to undertake the first conference-wide Racial and Gender Report Card,” Lapchick said in a statement. “We have been doing report cards since 1988 on the NFL, MLB, NBA, WNBA, NFL, MLS, and college sports. In all cases, we have initiated those reports independently of the groups being analyzed. In this unique time in America between the COVID-19 pandemic and the racial reckoning, the WCC has undertaken to reflect on its own record for hiring people of color and women in leadership positions in both the individual conference members as well as the conference office. We look forward to working with the WCC to enhance transparency to their diversity and inclusion efforts and to assist them as they become a role model for institutions and conferences everywhere.”

While she expects the Russell Rule to get the most attention, Nevarez said the league’s other initiatives are important too. More than 400 coaches and administrators participated in the league’s anti-racism webinar last month. Schools in the league will offer voter education seminars as part of a civic engagement pledge. And a message about diversity will air before all WCC games.

She said the WCC’s measures represent who she is.

“Obviously, I’ve always been involved with diversity and inclusion,” Nevarez said. “It just really became apparent that I have to be a voice in this. I have to use my platform.”

The NFL’s coronavirus protocols are working — so far: Four things we learned this week

Washington fan’s hobby could result in trademark tussle with team