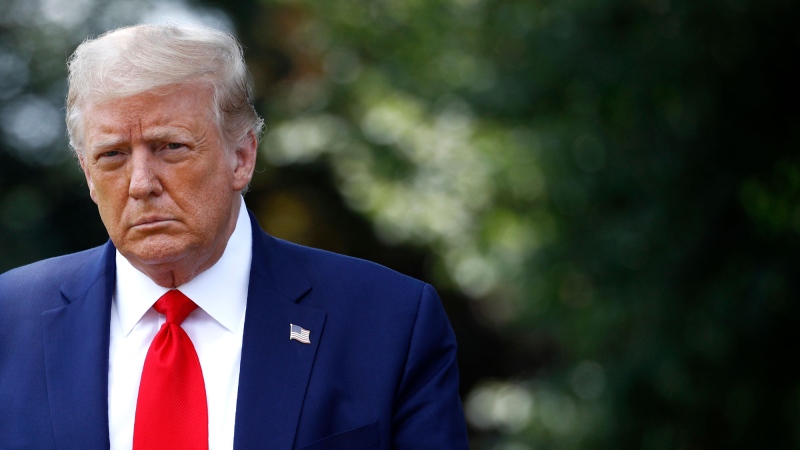 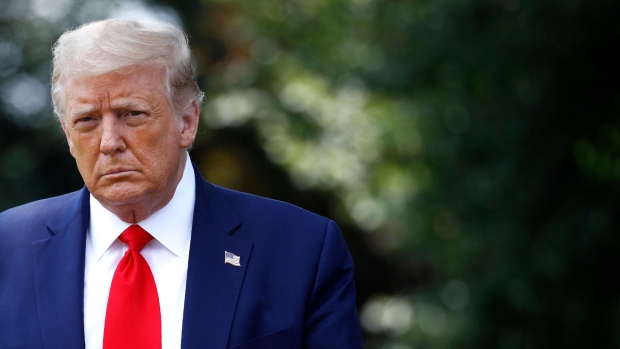 After days of whiplash over the future of TikTok, U.S. President Donald Trump said he would allow an American company to acquire the short-form video app — with a catch.

Trump on Monday set September 15 as the deadline for TikTok to find a U.S. buyer, failing which he said he will shut down the app in the country. In an unusual declaration, Trump also said any deal would have to include a “substantial amount of money” coming to the U.S. Treasury.

Asked in a subsequent press briefing whether the money for the Treasury should come from Microsoft — which is pursuing a purchase of TikTok — or TikTok’s Chinese parent ByteDance, Trump said the U.S. should get a significant portion of the deal “either way.”

“Whether it’s Microsoft or somebody else, or if it’s the Chinese — what the price is, the United States could — should get a very large percentage of that price. Because we’re making it possible,” he said.

Trump described his proposal as being similar to a lease between a landlord and a tenant, adding that TikTok owes the U.S. for its success.

“TikTok is a tremendous success, but a big portion of it’s in this country,” he said.

The President’s requirement that some of the money from the deal go to the U.S. Treasury doesn’t have a basis in antitrust law, according to Gene Kimmelman, a former chief counsel for the US Department of Justice’s Antitrust Division and currently a senior adviser to the policy group Public Knowledge.

“This is quite unusual, this is out of the norm,” Kimmelman said. “It’s actually quite hard to understand what the president is actually talking about here. … It’s not unheard of for transactions to have broader geopolitical implications between countries, but it’s quite remarkable to think about some kind of money being on the table in connection with a transaction.”

TikTok said it remains committed to its large American user base.

“TikTok is loved by 100 million Americans because it is a home for entertainment, self-expression, and connection,” company spokesperson Josh Gartner said in a statement. “TikTok will be here for many years to come.”

Microsoft says it is still discussing a potential purchase of TikTok, days after Trump first said he would ban the popular short-form video app from operating in the U.S.

In a blog post Sunday, Microsoft said its CEO, Satya Nadella, has talked with Trump about buying the app. US policymakers have for weeks expressed concerns about the app as tensions between the US and China escalate, with many asserting that it could pose a national security risk. (Security experts, however, say the threat is largely theoretical or indirect.)

The Trump administration has repeatedly targeted the short-form video app in recent weeks, citing concerns over the privacy and security of its American users. In response, TikTok has pointed to the fact it has an American CEO and that its servers reside in the U.S. The company previously considered a restructuring to ease concerns.

“This is a purchase that wouldn’t be necessary but for the Trump administration’s hostility to Chinese ownership of any tech companies,” said Mark Lemley, director of Stanford University’s program in law, science and technology, adding that there isn’t “much real evidence” that the app’s Chinese ownership presents a security threat.

“Instead, I think this is part of the splintering of the Internet into competing national networks,” Lemley said. “I think that’s a problem, and splitting TikTok into different national entities … is only going to make that problem worse.”

White House trade adviser Peter Navarro expressed concern about a potential Microsoft acquisition because of the company’s links to China, citing the availability of Microsoft services in the country including its Bing search engine and Skype video calling platform.

“[Microsoft is] clearly a multi-national company that’s made billions in China, that — that enables Chinese censorship through things like Bing and Skype,” he told CNN on Monday.

Besides selling TikTok to a U.S. buyer, ByteDance may also be considering other moves to further insulate itself from the U.S.-China fight.

Responding to reports that it is considering London for a new TikTok headquarters, ByteDance said in a statement that it was “committed to being a global company.”

“In light of the current situation, ByteDance has been evaluating the possibility of establishing TikTok’s headquarters outside of the U.S., to better serve our global users,” the company said.