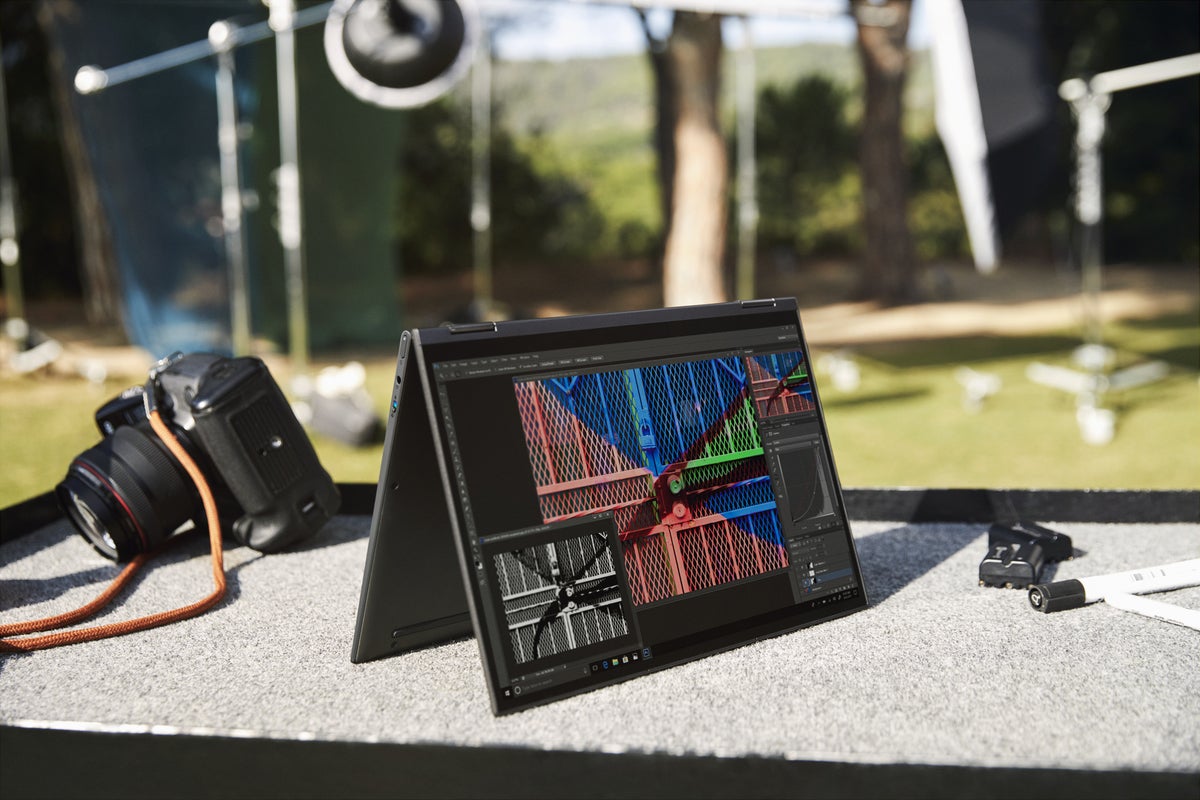 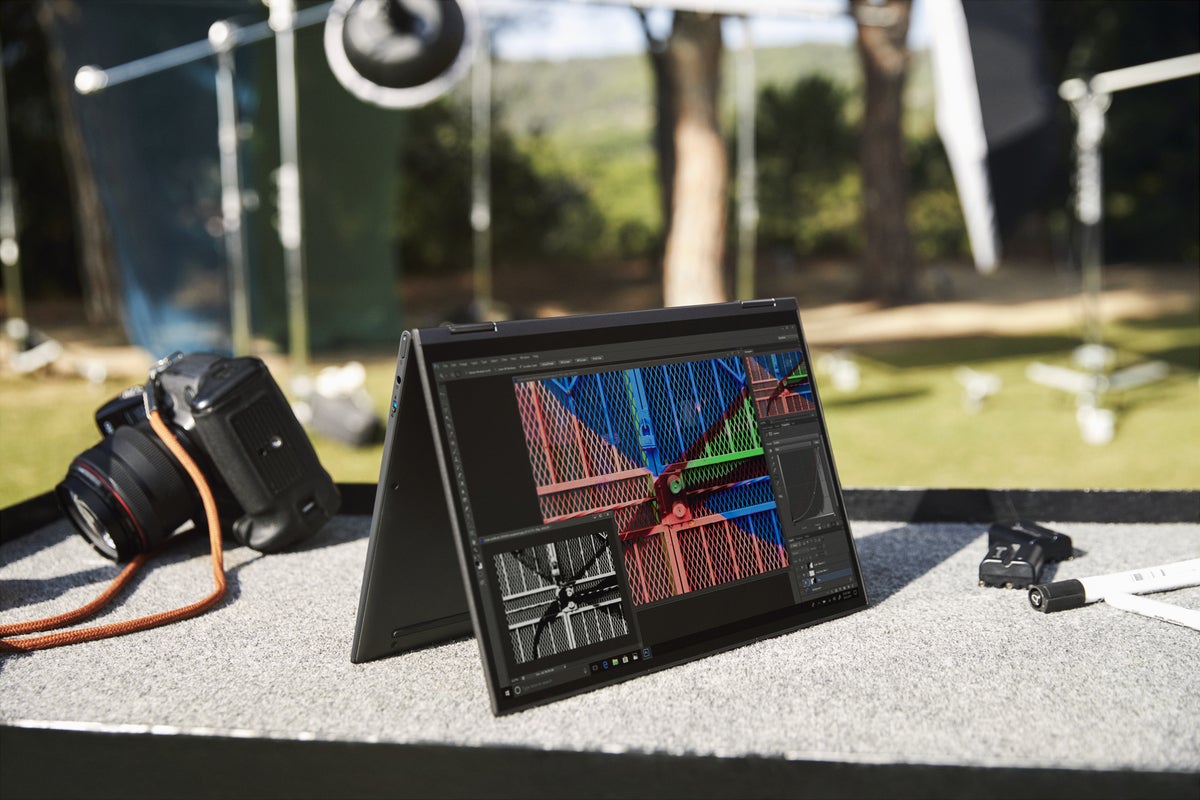 Editor’s note: Most of the vendors mentioned are clients of the author.

If you’ve been following me, you know I believe we’re quickly moving to a cloud-based desktop and a solution that better combines what we once had with terminals and what we currently need in terms of desktop control and performance. But until now, getting a demo on my hardware to see if latency problems can be addressed has been problematic.

This week, Workspot offered me access just as I received the latest connected PC notebook from Lenovo – the Flex 5G. It’s the closest to what is likely the ideal mobile cloud client short of a dedicated device.

Let’s talk about the Lenovo Flex 5G and my experience with Workspot.

The Lenovo Flex 5G and performance

The always-connected PC class of products had a problematic start, mainly because the Qualcomm ARM solution was too underpowered for most users. And the limitations of 4G didn’t provide enough bandwidth, or low-enough latency, to push everything into the cloud.

This Flex 5G product has performance more in line with an Intel i3 processor, but with battery life that can approach 25 hours and 5G support that, when connected to a 5G network, provides adequate bandwidth for cloud computing. (Sadly, there is no 5G yet covering my house, but I do have Wi-Fi 6 and network performance that should be close enough.)

This isn’t to say that 4G isn’t usable in a pinch; it is, and for things like email or writing documents it may be fine for most people. But on the newer 5G networks you get an experience that’s far less annoying and far less likely to generate complaints.

The Lenovo Flex 5G isn’t cheap, costing $1,399.99 at Verizon. Still, you are unlikely to find the same blend of connectivity and battery life in any other product at the moment. If those two things are high priorities, this may be your device. And if you are going to run this as a cloud client device, those two are significant.

Other things that are important to me are Microsoft Hello support, a fingerprint reader (for when I have to wear a mask), and a 400-nit outdoor-capable display. This last is because one reason for having something with massive battery life is the potential to work outside. (I’m getting sick of being stuck in my office all day.) Note: even though the Lenovo runs a 64-bit version of Windows 10, it would not load the 64-bit version of the Workspot app, though the 32-bit version ran fine.

Workspot configured two Cloud Workstations for me, one on the GCP Cloud and another on the Azure Cloud. The configurations were very different. Both had virtual CPUs; Azure had an AMD GPU, while GCP was running an NVIDIA T4 GPU. I did initially notice a performance lag on the GCP cloud client, but that resolved relatively quickly, suggesting it might have been a lagging configuration or update going on in the background.  After a few minutes, I couldn’t tell the difference between the two.

Once they were up and running, the experience was like using Windows locally – with one exception.  Because I was running this second implementation of Windows kind of like an app in Windows, I would often close the master window and find myself back on my desktop, wondering where the cloud instance went.  After this happened a few times, I managed to adjust.

From a security standpoint, I could immediately see the benefit of running my business efforts through the cloud service. For instance, I could be doing a local render on my desktop computer, which is a new AMD Threadripper Radion workstation, without having any connection to the work project I’m trying to complete at the same time. That’s more about performance than security, and with this Threadripper beast, I rarely need extra performance. However, should I pick up a virus on my home machine, it is far less likely that mistake will damage my work product or company.

I didn’t do in-depth performance testing since Workspot could have provisioned a variety of hardware options for me, including a $10K workstation. Thus, I focused on latency and the user experience. One thing I didn’t expect is that the solution matched the desktop resolution settings that were my default, and I’m far from generic, running a 49-in. Dell display at 5120×1440 resolution. No settings or adjustments needed to be made.

While I had admin control over most functions, IT staffers in a corporate implementation might want to restrict much of what a user could do – just as a best practice. Had Windows been activated (this was just a test account), I could have fully personalized things like my background and synchronized with other hardware, if IT allowed it.

For those that need a safe and rapid way to provide corporate clients on employee hardware, Workspot works. And it showcases what we’ll eventually do on dedicated cloud client hardware when it shows up.  It also appears to be an effective way to provide near unlimited performance on a connected PC or tablet.  The clients available now support Windows, iOS, macOS,and Android, which should cover most user needs short of Linux.

Of course, the other benefits of a cloud client include maintaining the state of work. This last, to me, has always been a killer feature because you can walk away from your work on one device, log in on another, and be exactly where you left off.  If you were still working at the office, you could drop what you’re doing, make it home for dinner, and then pick up there with a different machine (even a different class of machine such as a tablet) to finish.

If you could figure out how to load this on an Android set-top box with a keyboard and pointing device, you could even use that for your Windows desktop in a pinch.  Oh, and as expected, in my power monitor, the Workspot client consumed 161.4 MB of memory and had no measurable load on my CPU.

In the end, I’ve had a chance to touch the future, and I found it wonderfully simple, easy to use, and uniquely pain-free.  That’s why I’m a big believer in cloud clients.

Apple’s Tim Cook has kept his $50B services promises