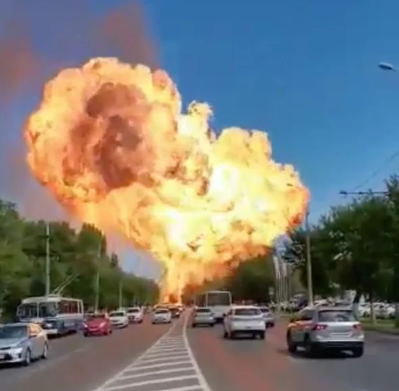 The blast happened in Volgograd city in Russia. According to the Russian Emergencies Ministry, a propane tank caught fire at a gas station in Volgograd’s Traktorozavodsky district.

Firefighters reached the site at 11.30am local time. An initial attempt to contain the fire was unsuccessful.

Video footage of the explosion shows a large ball of fire sent flying up into the sky and the huge flames could be seen from a distance followed by thick, black smoke. 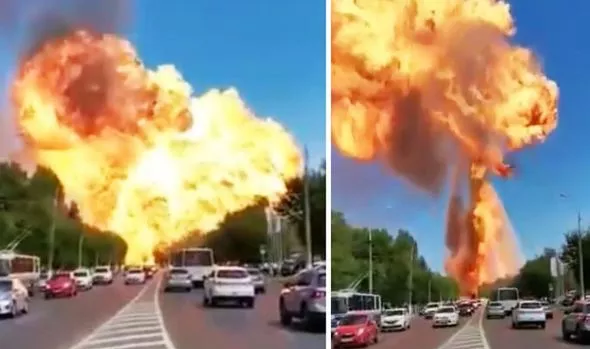 It was first reported only four to six people were caught in the initial blast but rescuers were also injured due to several small explosions.

All were taken to the hospital and the fire is now under control.

The cause of the blast is not clear yet, but local media has reported the explosion occurred in the fuel tank.

Eyewitnesses say the explosion shook the windows of many houses within the area. 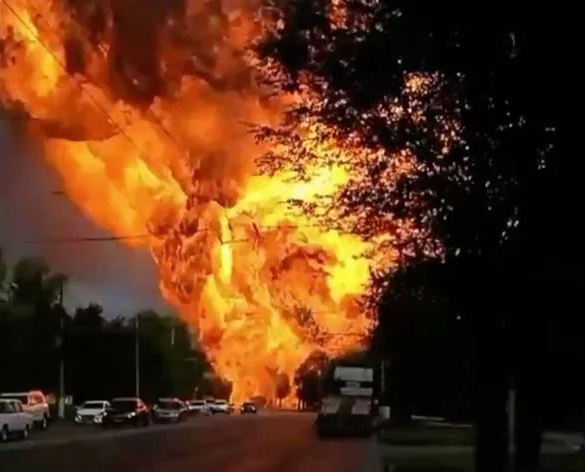 Ten victims were taken to the hospital while another two refused hospitalisation. At least one person was in critical condition.

One of the firefighters, an employee of the Emergencies Ministry, has suffered serious burns. Local reports claim at least 50 percent of his body burned by the time he was taken to the hospital.

This explosion comes just days after more than 200 people were killed in an explosion in Beirut, Lebanon.