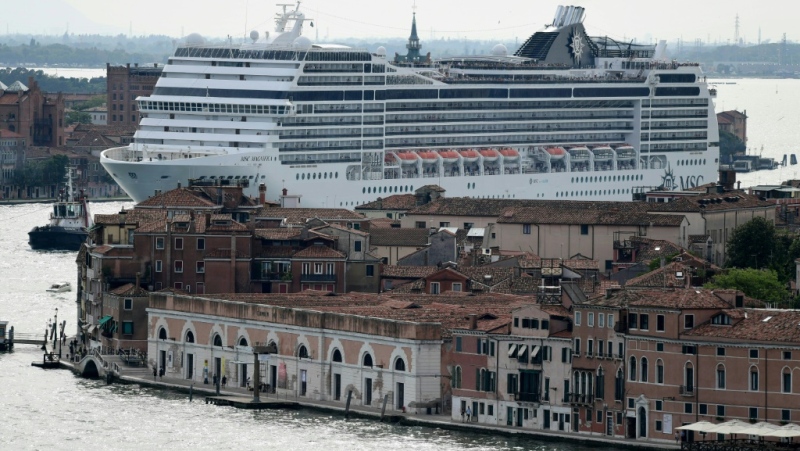 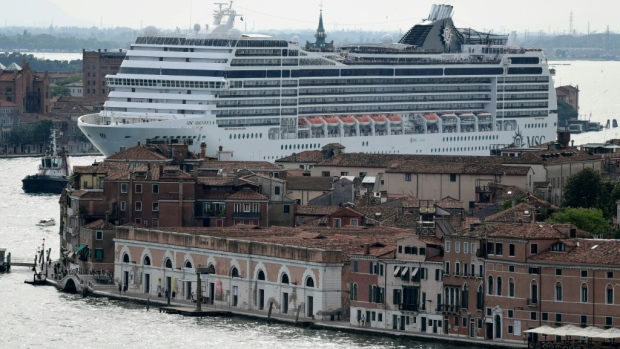 ROME — Italy’s cruise industry is preparing to sail again in Mediterranean waters, hoping to help jumpstart the country’s economy while restoring the reputation of the beleaguered global sector.

MSC Cruises, a privately owned company based in Geneva, will resume operations with two departures from Italy this month, it said over the weekend.

It becomes the first global operator to announce cruises for the lucrative Mediterranean market after the coronavirus pandemic froze cruises throughout the world.

The MSC Grandiosa and MSC Magnifica are to set sail on Aug. 16 and Aug. 29 from Genoa and Bari, respectively, to sites in Italy, Malta and Greece in a high-stakes gamble for the industry that Italian Prime Minister Giuseppe Conte has called a “fundamental part of our economy”.

A Europe-wide suspension of cruises through August could result in a total economic loss of about 25.5 billion euros, CLIA has calculated.

Italy approved the restart of its cruise industry from August 15 as part of efforts to revive a moribund economy devastated by a more than two-month quarantine, with cruise operations suspended in March.

MSC was receiving “lots of calls” for the trips, although the ships will sail at about 70 percent of normal passenger capacity, he said, adding that the reduction “seems sufficient” to meet demand.

The Costa Crociere Group, MSC’s giant rival owned by Carnival, has yet to confirm whether it will go ahead with cruises for Aug. 15 and Aug. 16 advertised on its website.

The industry’s reputation suffered a hit with dozens of deaths and thousands of infections aboard cruise ships.

Global health authorities criticised its slow response to the spread of the virus, from lax monitoring of crew, to continued operation of self-service buffets and gyms, to lack of personal protective equipment.

At the start of the coronavirus pandemic, various cruise ships were stranded at sea around the world from Japan to California as nations, including Italy, blocked them from their ports.

As of June 11, 3,047 people were infected and 73 people died aboard 48 CLIA cruise ships, according to Johns Hopkins University data provided by CLIA.

The risk persists, according to the US Centers for Disease Control, which on July 16 extended a no-sail order in U.S. waters until September 30.

“The current scientific evidence suggests that cruise ships pose a greater risk of COVID-19 transmission than other settings,” the CDC said.

Close living and working spaces for crew and partially enclosed environments were obstacles to social distancing, it said in its July order.

Norway’s Hurtigruten was the first international passenger cruise operator to restart operations in June, only to suspend its service and apologise after at least 40 passengers tested positive for COVID-19.

Local authorities worry that disembarked passengers may have spread the virus to towns along the western Norwegian coast.

Meanwhile Costa’s website advertises cruises from Savona and Venice on Aug. 15 and Aug. 16, as well as other August cruises from other ports in Italy.

MSC has suspended the rest of its Mediterranean, Caribbean, Asian and north European cruises until late October.

The company said its security protocol exceeds national and industry standards. At the terminal, passengers and crew will take a COVID-19 blood test before boarding and temperatures will be taken daily. For excursions, passengers will be escorted in controlled groups to avoid interactions with others.

Food from the buffet, a highlight of the cruise experience, will be served at passengers’ tables, while social distancing will increase, among other measures.

CLIA Europe spokesman Martyn Griffiths said the industry was now in a “different operating environment” from earlier this year when it was hit with the unprecedented crisis.

Gradual restarts, he said, allow crews to get used to new protocols, while passengers now better understand the risk of coronavirus in their daily lives and do not consider cruises more dangerous.