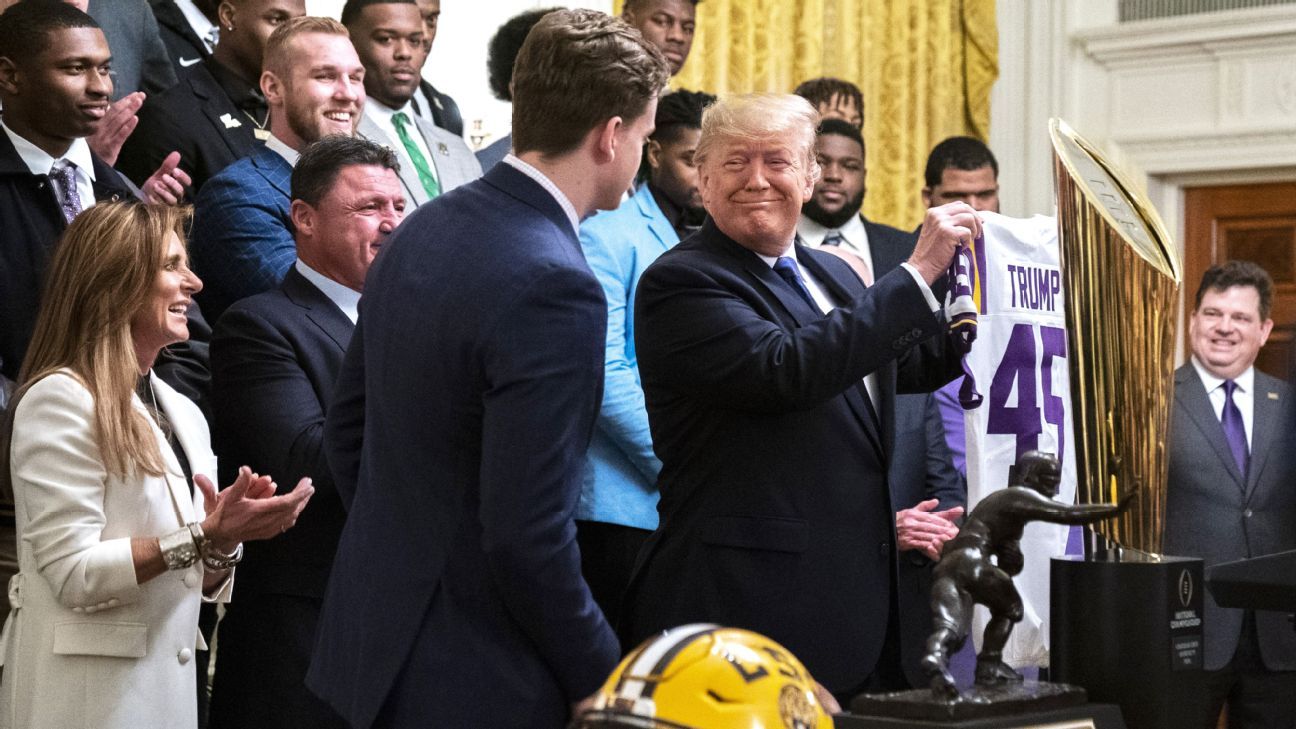 President Donald Trump joined the #WeWantToPlay movement on Monday by voicing his support for college football players, coaches and fans around the country who are trying to persuade university presidents and conference commissioners to salvage the upcoming season, which is in doubt because of concerns about playing during the coronavirus pandemic.

On Monday, Trump tweeted: “The student-athletes have been working too hard for their season to be cancelled. #WeWantToPlay.”

Trump re-tweeted a post by Clemson quarterback Trevor Lawrence, who has been outspoken about his desire to play what would probably be his final collegiate season. In another tweet Monday, Trump said: “Play College Football!”

“The president would very much like to see college football safely resume their sport… they work their whole lives for this moment and he’d like to see [these athletes] live out their dreams,” White House press secretary Kayleigh McEnany said Monday.

On Sunday night, Lawrence was among more than a dozen college football players from each of the Power 5 conferences who came together to issue a joint statement, which expressed their desire to play the 2020 season and included items they feel need to be addressed to ensure a safe and fair environment moving forward.

Earlier Monday, U.S. Senator Ben Sasse, a Republican from Nebraska, wrote a letter to Big Ten Conference presidents and chancellors urging them not to cancel the season. On Sunday, ESPN first reported that Big Ten presidents, following a meeting on Saturday, were ready to pull the plug on the fall sports season, and they wanted to gauge whether commissioners and university presidents and chancellors from the other Power 5 conferences — the ACC, Big 12, Pac-12 and SEC — will fall in line with them.

Sources told ESPN that a vast majority of Big Ten presidents have indicated that they would vote to postpone the football season, hopefully to the spring. The Big Ten presidents met again on Sunday night but didn’t vote and took no action, according to a league spokesman.

“Life is about tradeoffs,” Sasse wrote. “There are no guarantees that college football will be completely safe — that’s absolutely true; it’s always true. But the structure and discipline of football programs is very likely safer than what the lived experience of 18-to-22-year-olds will be if there isn’t a season.

“Canceling the fall season would mean closing down socially-distanced, structured programs for these athletes. Young men will be pushed away from universities that are uniquely positioned to provide them with testing and health care.”

The truth about Michael Jordan’s MLB prospects: ‘I swear, he was going to the majors’

Source: LAFC’s Vela set to opt out of MLS Is Back

Could the NFL postpone games this weekend? What we know about the Titans’ COVID-19 outbreak