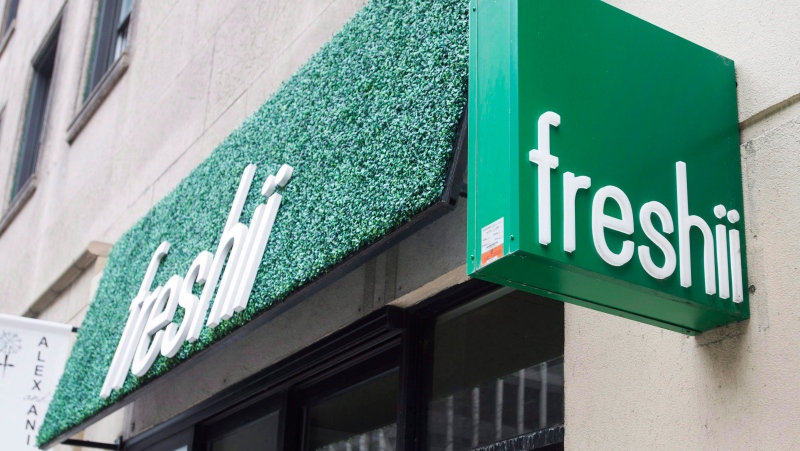 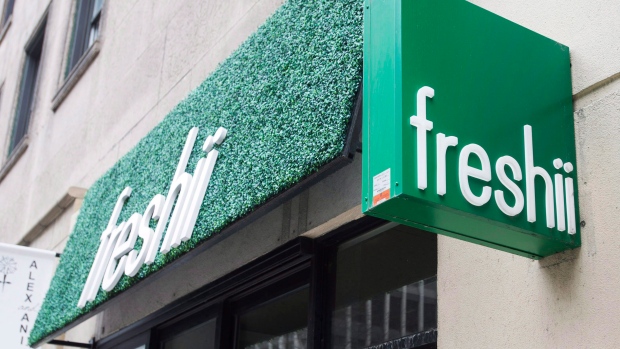 TORONTO — Freshii Inc. says its core lunch business remains in “recovery mode” even though overall company sales have started to recover with the reopening of most of its restaurants that were temporarily closed to help prevent the spread of COVID-19.

The health-food chain’s sales levels have recovered to more than 70 per cent of their pre-pandemic levels for the two-week period ended Aug. 9, said CEO Matthew Corrin Friday during a conference call with analysts. The company released its quarterly results Thursday after markets closed.

“Our more suburban locations, which make up a material portion of our network, are even closer to their pre-COVID levels,” he said.

More than 90 per cent of Freshii restaurants in North America and 80 per cent of its restaurants globally are now open, the company said. The majority of stores still closed are in non-traditional locations, such as airports and post-secondary institution campuses.

The company has seen strong growth in its dinner and delivery business, said Corrin, while lunch remains challenged. Freshii rolled out delivery through third-partner companies at 90 per cent of its serviceable locations in North America.

Freshii has been working on growing beyond the lunch crowd and now believes its goal of driving at least half of sales through dinner and delivery is within reach.

The company is testing a new dinner offering in Vancouver and hopes to roll it out across all its restaurants eventually, he said.

The company also plans to launch a new mobile app. Freshii is currently testing it in some locations, he said, and expects to begin offering it to customers in the fourth quarter of the year.

Freshii has also been working to contain costs during the pandemic. It’s also testing a new cost-efficient operating model in some restaurants that includes a simplified menu, he said.

It has closed 40 restaurants, including 13 internationally, as part of its longer-term plan to close under-performing locations.

This report by The Canadian Press was first published Aug. 14, 2020.

US seizes millions of dollars of Iranian fuel bound for Venezuela

S&P/TSX composite down at late-morning, price of oil and loonie move higher