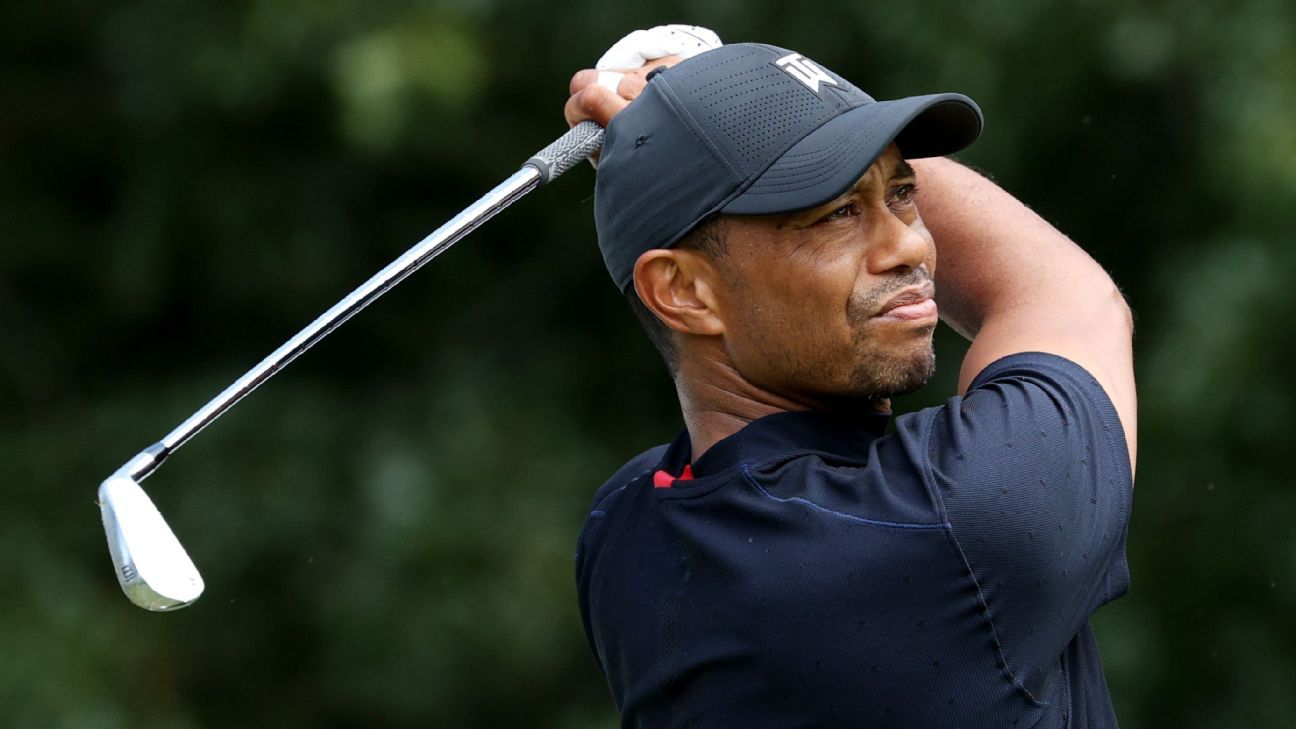 It is not an easy task, as lack of play and so-so results in 2020 have left Woods needing a big week at the BMW Championship to advance in the FedEx Cup playoffs.

“I have to play well, I have to earn my way to East Lake; I haven’t done so yet,” Woods said Wednesday at Olympia Fields (Illinois) Golf Club, site of the BMW Championship. “I need a good week. If I don’t, I go home. It’s a big week for me. I’m looking forward to getting out there and competing.

“This golf course is set up more like a U.S. Open than a regular tour event. It’s the playoffs, and it’s supposed to be hard.”

Olympia Fields was site of the 2003 U.S. Open won by Jim Furyk. Woods is one of just four players in this week’s field who competed in that tournament. Woods tied for 20th and said he did not remember much about the course from 17 years ago. He played a nine-hole practice round Tuesday and was expected to see the rest of the course on Wednesday.

He will need to master it quickly in order to have the result necessary to play another week in this 2019-20 season.

Woods, 44, is 57th in FedEx Cup points after playing just six events this season, one a victory at the Zozo Championship in October. He needs to be among the top 30 after this week to advance to the Tour Championship in Atlanta.

To do that, Woods will need a minimum of a sixth-place finish, but because there is no cut this week and all who finish will receive points, Woods is looking at more like a fourth-place finish or better to move on.

That is going to require a step-up in play from what we’ve seen at the Memorial Tournament, PGA Championship and Northern Trust. In all three events, Woods was basically out of contention at the halfway point.

All aspects of his game have suffered at times, although last week at TPC Boston he was fine off the tee and improved over the weekend. He hit 16 greens in regulation Sunday and shot 66, his best score of the year.

“I have to get the ball in play here and put that ball in the right spots,” he said. “This is set up more like a [U.S.] Open. With the weather as hot as it is supposed to be, this rough is only going to get more difficult. It’s not a golf course where I feel like you can overpower it with driver everywhere. Totally different setup.”

The last time Woods played consecutive weeks was in December at the Hero World Challenge in the Bahamas followed by the Presidents Cup in Australia. At the latter event, where Woods was the United States playing captain, he skipped the Saturday play because of back stiffness.

The last time he played consecutive tour events was early in 2019 at the Genesis Invitational (tie for 15th) and the WGC-Mexico Championship (T10). But after the latter event, Woods had neck stiffness and skipped his next start.

He has not played three consecutive weeks since the 2018 FedEx Cup playoffs, when the format had four events, including three in a row. He tied for sixth at the last of three straight before the tour had a week off. He then won the Tour Championship for his 80th PGA Tour victory.

Woods would like to get back there because, “I have some great memories there.” He also admitted he had some difficulty bringing his game to the course in his three starts since the resumption of play due to the coronavirus pandemic.

“One of the reasons why I delayed it and didn’t come back and play earlier is we just didn’t know how the protocols were going to be, and was our sport going to be safe to come out here, or were we all going to get sick,” he said. “I’ve just now played enough tournaments to try to have an understanding and feel for what’s going on. Hopefully I can get it going this week.”

Thrilling, dramatic and a little weird: How Atlanta has taken an NLCS lead on L.A.