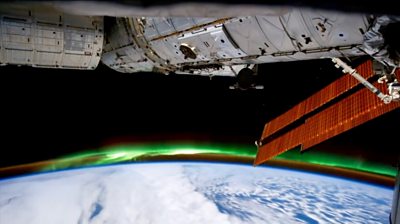 Scientists who attached a strain of bacteria to the outside of the International Space Station have been stunned to find it survived for three years, in open space.

The experiment, led by a team of Japanese researchers, involved the bacteria Deinococcus radiodurans, also known as Conan the Bacterium due to its extreme hardiness.

Experts say the study could help shape our understanding of whether life might exist on other planets.

Listen to more stories on

Stolen Mao Zedong scroll worth millions found cut in half