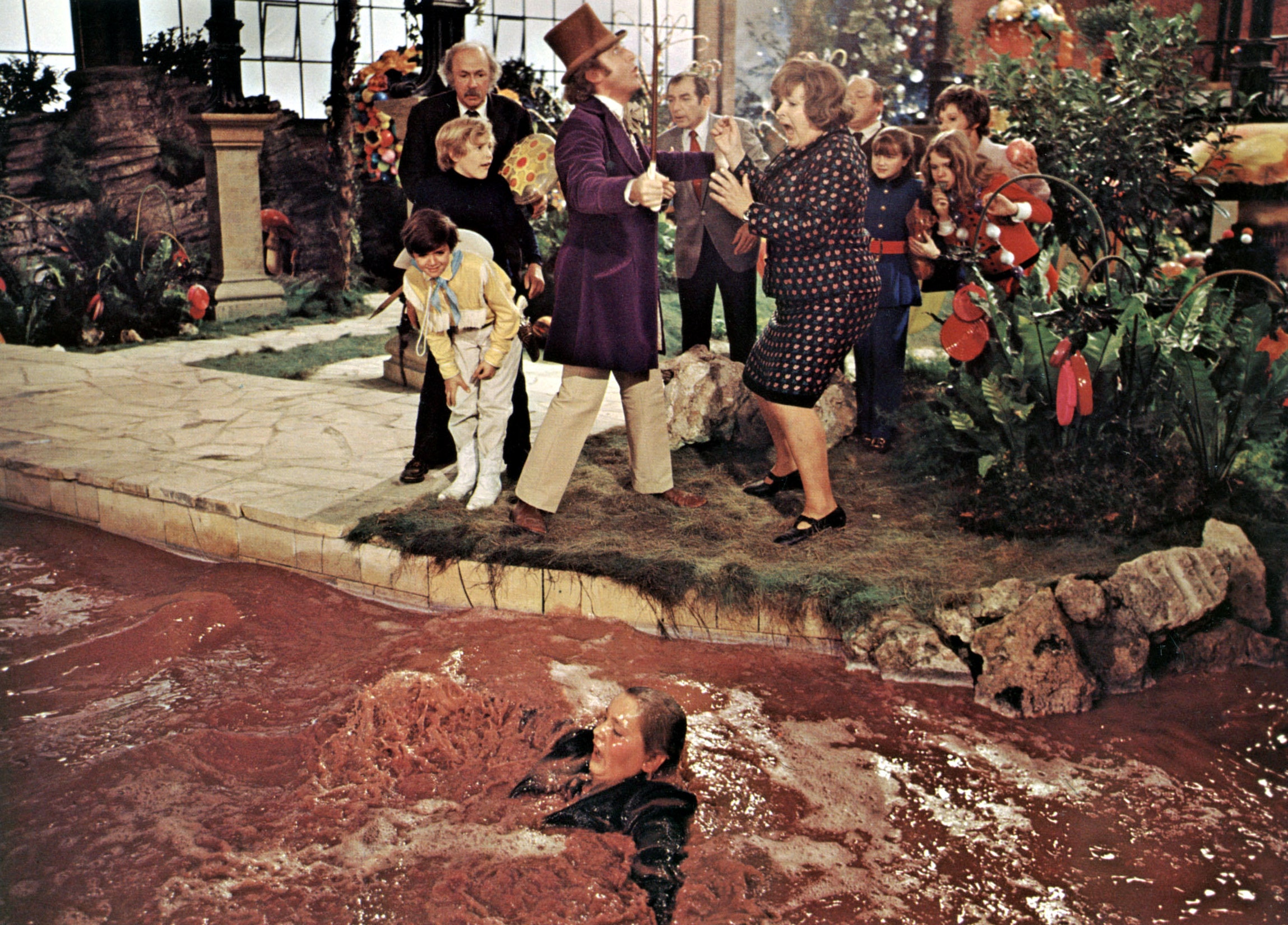 “Harry Potter and the Sorcerer’s Stone”

Once inside, they were surprised to see a Gringotts Goblin behind the counter. “Where’s Ollivander?” Hagrid asked.

“The trees that they used to carve the wands from don’t grow anymore,” the goblin replied. “It’s too hot. The bank is repossessing this business and closing it. Oh, and Ollivander isn’t here; he tried to start a new shop up north and lost it all in an unseasonable flood.”

“You could always get a wand made out of compressed bugs at Bugstick,” the goblin added, with a shrug. “But those don’t work for shit.”

The sun played off Edward’s chiselled, handsome face, which sparkled like diamonds. “I love you,” he murmured into Bella’s ear.

It was a hundred and sixteen degrees in Forks, Washington. A smog of unbreathable air, thick with carbon monoxide and ash, rolled through town. Most days it was impossible to go outside without an oxygen mask.

“I love you, too,” Bella said, coughing lightly.

“So you see,” the Spelling Bee said, “all the words in the world are from Dictionopolis. We grow them in these very orchards—o-r-c-h-a-r-d-s.”

“Words don’t grow on trees!” Milo said, with a laugh.

“Ah, but they do,” the Bee said, sadly. “And in our rapidly warming climate the alphamites that eat those trees are thriving. If they continue to ravage these orchards, it may soon spell the end of all language—l-a-n-g-u-a-g-e.”

“Surely something can be done!” Milo cried.

“We’re dealing with several catastrophes at once here, man,” the Spelling Bee replied, defensively. “The Sea of Knowledge flooded our scientific facilities, we have thousands of Lethargian climate refugees, and our new eco-fascist bee government threw all the bee scientists in jail.”

Milo began to weep as he realized that not even language would escape the ravages of the climate catastrophe.

“Charlie and the Chocolate Factory”

With an enormous squelch, Augustus Gloop shot up the chocolate pipe, screaming all the while.

Dee-doop-ee-dee-dee!
Augustus Gloop is an awful child,
Whom we would normally body-shame through song,
But what we’re more concerned about
Is land degradation and desertification,
Which led to the collapse of global supply chains
And drove Willy Wonka out of business,
Leading to our acquisition by Amazon,
Which renamed us “Amazon Sugars”
And only lets us make hard, salty nut rolls,
So enjoy the rest of your tour, led by Jeff Bezos,
I’m sure that it will be a lot of “fun,”
Dee-doop-ee-dee-doo!

“Cloudy with a Chance of Meatballs”

The syrup hurricane, viscous and lethal, stalled out over the town of Chewandswallow for three days. The storm shattered windows, reduced houses to piles of tinder, and topped it all off with pure maple syrup, ten inches thick.

ChewCorp, meanwhile, continued to wage a multimillion-dollar disinformation campaign intended to distract the public from the fact that its powdered-sugar emissions had triggered the catastrophic weather. The ChewCorp execs had known what was coming for decades but chose to reap huge profits at the expense of their fellow-humans.

Despite their complicity, the ChewCorp brass were able to escape the worst effects of the weather. When brownie slides buried the local power plant, the wealthy turned on the generators in their mansions. When ice-cream melts swept nuclear waste into the water reservoir, they retreated to mountain resorts.

The townspeople sobbed bitterly as they realized that even their gastro-meteorological paradise could not survive the solipsistic evil of corporate greed.

“The Lion, the Witch and the Wardrobe”

Once, there were four children, named Peter, Susan, Edmund, and Lucy. They were all consumed by a plague of ancient diseases unleashed from the melting Siberian permafrost.

Imagined Histories of Artists and Their Parents

Part of the Problem