Kim Kardashian and Kanye West Got Married in a…

Kanye West and Kim Kardashian declare love for each… 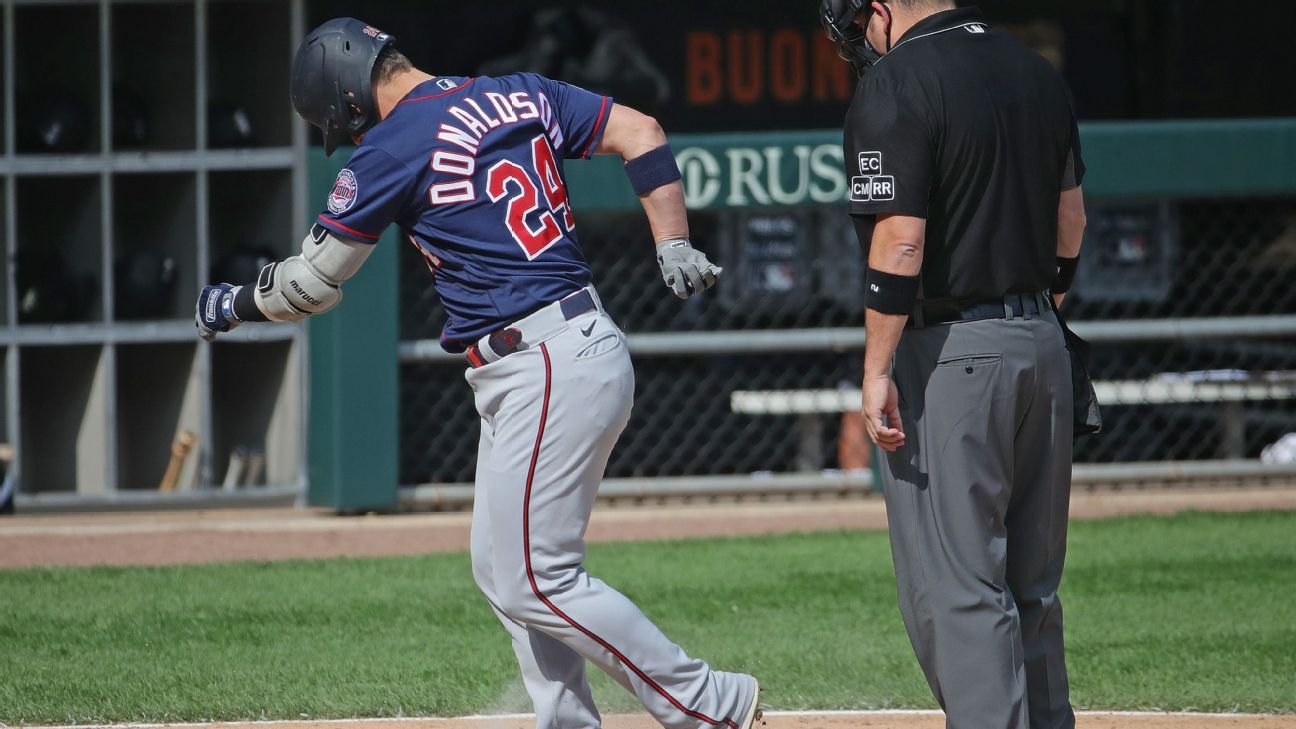 CHICAGO — The Minnesota Twins‘ Josh Donaldson managed to get ejected while hitting a home run.

Donaldson barked at plate umpire Dan Bellino for the second time in the sixth inning of a 4-3 loss to the Chicago White Sox on Thursday. With Minnesota trailing 3-2, Bellino called a strike when the 2015 American League MVP checked his swing on a 2-0 pitch from Reynaldo Lopez.

Twins manager Rocco Baldelli came out to speak with Bellino, and Donaldson homered down the left-field line on the next offering. After rounding the bases, Donaldson kicked dirt at home plate as he crossed it.

Bellino ejected him immediately, and Donaldson, realizing he had missed home plate, returned to the plate to touch it and then argued as he kicked more dirt on it.

Donaldson also had argued with Bellino on a 1-1 breaking ball in the first inning that appeared to be high but was called a strike, leading to a strikeout.

“We need Josh on the field, out there playing, and at third base,” Baldelli said. “That’s when we’re at our best. And so that’s really the end of it. I think we can move past it at this point and go from here.”

Leeds United is back: How one of England’s biggest clubs returned after 16-year absence