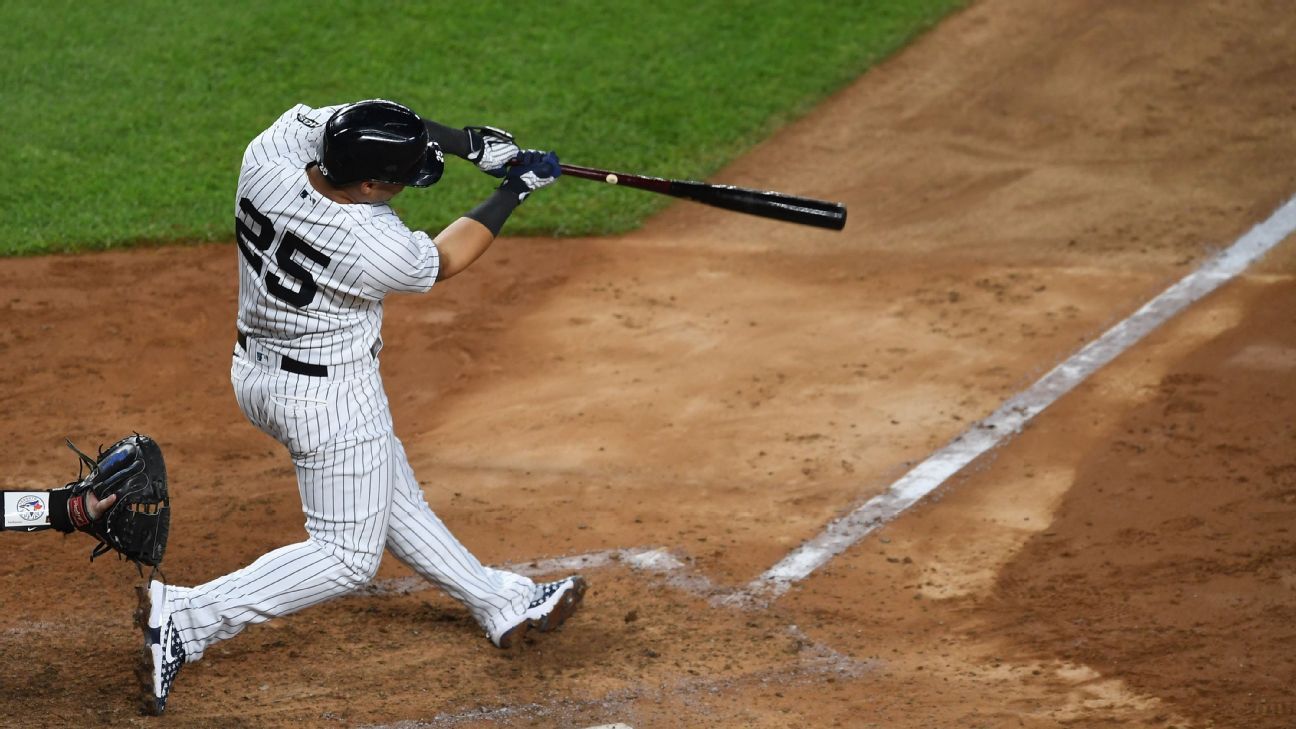 NEW YORK — The Yankees hit five home runs in an inning for the first time in their history.

Aaron Hicks struck out, and Giancarlo Stanton and Gleyber Torres followed with home runs that gave the Yankees a 9-2 lead and chased Anderson. They went on to beat the Blue Jays 10-7.

The Yankees are the seventh team in MLB history to hit five home runs in an inning. According to ESPN Stats & Information research, they’re the second team to do it off one pitcher — the Washington Nationals did it in 2017 against Michael Blazek and the Brewers.

Gary Sanchez hit a solo shot in the seventh to give the Yankees six homers on the night and 19 homers in the three-game series. According to Elias Sports Bureau data, that’s the most in a series of any length in MLB history, passing the 1963 Twins, who hit 17 homers in a four-game series against the Washington Senators.

The 19 homers also is the most in any three-game span in MLB history, according to Elias.