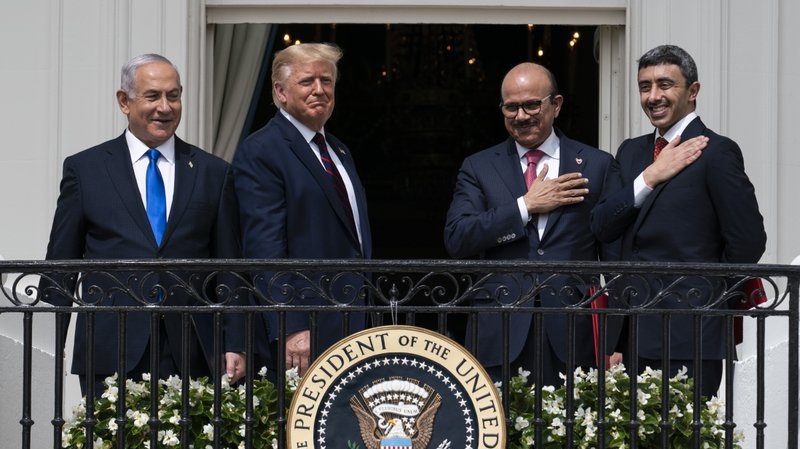 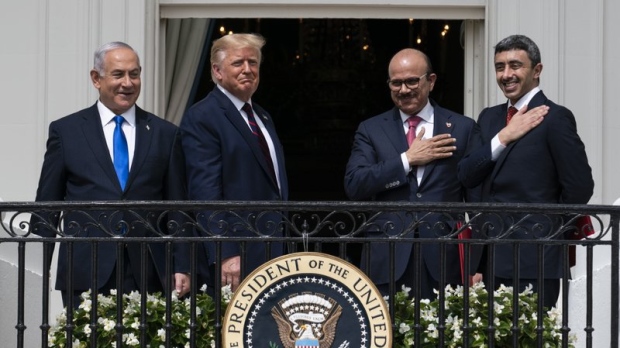 DUBAI, UNITED ARAB EMIRATES — The first known direct commercial flight between Israel and Bahrain landed Wednesday in the island kingdom, just a week after it signed a deal alongside the United Arab Emirates to normalize relations.

“A working team from the state of Israel visited Manama today to discuss areas of co-operation between the two countries,” Bahrain said in a brief statement. “These talks come after the signing of the Declaration of Peace.”

Bahrain did not identify the officials taking part, nor say whom they spoke to while in Manama.

There was no acknowledgement of the flight from the Israeli government, though Prime Minister Benjamin Netanyahu on Tuesday spoke by telephone to Bahrain’s Crown Prince Salman bin Hamad Al Khalifa. Israel’s Foreign Ministry declined to comment.

The U.S. Embassy in Manama did not respond to a request for comment. The Israir Airbus took off back for Tel Aviv later on Wednesday.

Wednesday’s flight was made without ceremony, in sharp contrast to the first El Al flight from Israel to the United Arab Emirates at the end of August. That plane carried U.S. and Israeli officials, including President Donald Trump’s son-in-law Jared Kushner, as well as the media.

The flight comes as Israel has gone back into a lockdown over the coronavirus pandemic. In Bahrain, civil society groups have criticized the move to normalize relations with Israel, saying that recognition should come only after Palestinians obtain their own independent state.

Bahrain, an island off the coast of Saudi Arabia home to the U.S. Navy’s 5th Fleet and a British naval base, has a predominantly Shiite population ruled by a Sunni royal family. Arab Spring protests there in 2011 ended with authorities cracking down with the help of Saudi and Emirati forces.

Bahrain and the UAE signed normalization agreements Sept. 15 with Israel at the White House, part of a U.S. diplomatic push as Trump seeks re-election.

The UAE and Israel have moved quickly to explore commercial ties after their normalization deal. Bahrain’s King Hamad bin Isa Al Khalifa previously had been quoted as saying he believed Arab countries should drop their boycott of Israel.